As countries in Europe loosen their grip on Russia, as a result of their invasion of Ukraine – Azerbaijan has stepped in to supply natural gas to the continent. The country is pioneering the concept of smart cities, that is run completely on renewable energy. 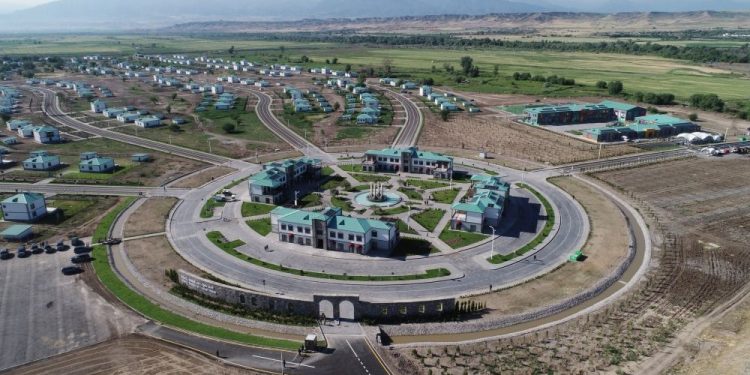 Amidst South Africa’s energy crisis, what are the lessons that can be learned from the small nation that is a major player in the global energy market?

Earlier this year, the European Commission signed a deal with Azerbaijan to double imports of natural gas by 2027. The deal, which intends to bring imports of Azeri natural gas to at least 20 billion cubic metres a year in 15 years, will help the EU reduce its reliance on Russian energy.

Azerbaijan is leading on the renewable energy front across the European continent. The rebuilding of Karabakh region in Azerbaijan will see the area being transformed to a smart city, one that is run completely on hydroelectric power and solar energy.

Araz Imanov a senior adviser under The Special Representation of the President of Azerbaijan in the liberated Karabakh Economic Region explains.

“Azerbaijan has huge renewable energy potential. To give you a figure, this is 160gw. Part of it is in Karabakh, 500mg from hydro resources and 9500mg from solar resources. This area has already been announced as our president to be green area, where we will be using green energy mainly. We will be using smart technologies to save energy, smart management of social infrastructure of the villages and cities.”

The Zangilan district is home to the Karbakh first smart villages. Azerbaijani residents that were displaced as a result of the war have since been given homes here.

The village was built last year and to date, 87 homes of varying sizes have been built. 66 families have moved in since May this year. The village consists of all facilities and amenities one would need, from a bank to a pharmacy, home affairs offices, and supermarkets.

Cahid Movlayev, a Chief Advisor: Special Representation of the President of Azerbaijan in Zangilan district, speaks to the green energy concepts that have been built into the smart village.

“There are many smart solutions that help people. All the houses are insulated and can save up to 70% of energy. Each house has a solar panel that can provide 300l of hot water daily. In the future, the village can sell extra energy and earn money for the village. There are also 5 central irrigation systems that have already been installed here. Each street has a separate road for bicycles. The idea is to use more green energy.”

The EU said amid Russia’s continued weaponisation of its energy supplies, diversification of energy imports is a top priority. With Azerbaijan’s advanced renewal energy capacity, the country is able to export large amounts of natural gas to countries across Europe.

Dr. Esmira Jafarova, a Deputy Chairperson of the Center of Analysis of International Relations and former adviser to the Minister of Energy in Azerbaijan, says they are exporting far more energy than what was initially projected.

“Azerbaijan and the European Union are partners in providing energy solutions for Europe. The Southern gas corridor which is the main infrastructure for natural gas from Europe that comes from Azerbaijan is the main infrastructure at the moment. Initial volumes were about 16 billion gas cm to Europe and Turkey. Six had to go to Turkey, 10 to Europe, eight to Italy, one to Greece, and one to Bulgaria. Due to the growing demand from Europe, our exports turned out to be more.”

Jafarova adds that year-on-year their energy export to Europe will only increase.

“Recently there was a memorandum of understanding signed between the EU and Azerbaijan about the increased energy export to Europe. As you know, Europe is trying to wean itself off Russian gas due to the war in Ukraine – they are looking for alternate sources. Definitely Azerbaijan is one of them. Next Azerbaijan will increase its output to Europe. By 2027, Azerbaijan will double its output to Europe which is a huge commitment but we are ready to do it because we are partners and committed to the energy security of Europe.”

Last year, the pipeline transported 8 billion cubic metres of gas into the EU. The country, which borders Georgia, Turkey, Armenia, Russia, Iran, and the Caspian Sea, started exporting natural gas to Europe via the Trans-Adriatic Pipeline at the end of 2020.