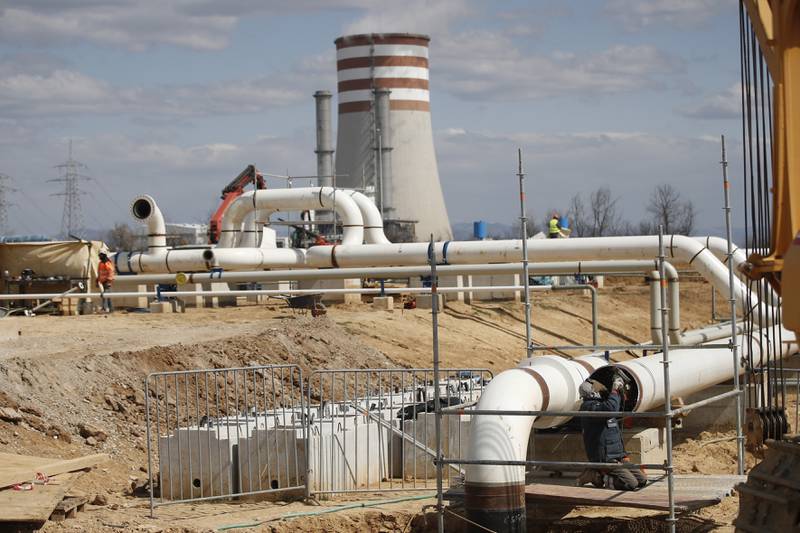 Azerbaijan plans to supply more natural gas to Europe as countries in the continent aim to phase out Russian imports by the end of the year and look for alternative sources of supplies amid Moscow’s continuing conflict with Ukraine.

“We are now working very intensively with the European Commission … we are working on the ways, in a relatively short period of time, upgrade this infrastructure and subsequently increase our energy supply to Europe in terms of natural gas.”

Azerbaijan currently supplies 10 billion cubic meters (bcm) of natural gas to the Southern Europe and 6bcm to Turkey through the Southern Gas Corridor — a network of pipelines crossing through Turkey and other countries in Europe.

He, however, did not give a timeline on when the country plans to boost exports to Europe but said that Azerbaijan’s crude exports are “used by many European countries”.

“We are now going to produce more green energy in Azerbaijan and going to be later a net exporter,” Mr Shahbazov said while participating in a ministerial session at the three-day event.

The EU aims to diversify its energy resources and reduce its reliance on Russia, which provides a bulk of its oil and gas exports. In 2021, the group members imported 155 bcm of natural gas from Russia, which accounted for about 45 per cent of EU gas imports and close to 40 per cent of its total gas consumption, according to the International Energy Agency (IEA).

The bloc plans to ban Russian oil over the next six months and is seeking alternative sources of supply from different countries to replace Russian oil.

Last month, Italy signed an agreement with Algeria for 9bcm of natural gas to reduce its reliance on Moscow for energy imports.

Europe can diversify its energy sources away from Russia faster than expected with new supply deals and other measures, Italian Prime Minister Mario Draghi told the Italian newspaper Corriere della Sera in April.

“Diversification is possible and feasible in a relatively short time — shorter than we imagined just a month ago,” Mr Draghi, who previously served as the president of the European Central Bank, said.

The EU should seek alternative sources of supply from the US, Azerbaijan, Qatar and Algeria to replace the Russian gas, IEA executive director Fatih Birol said earlier this year.