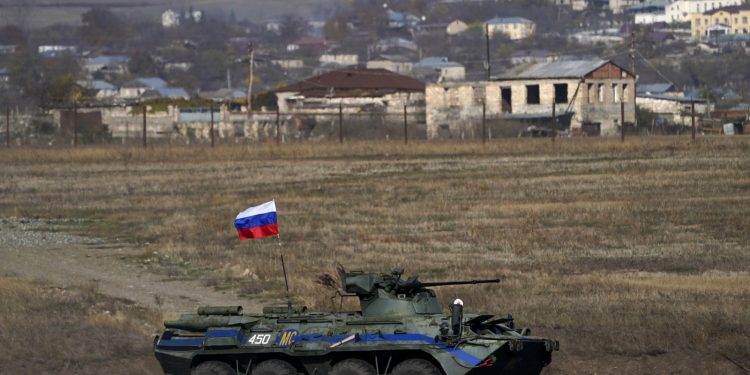 The ministry said that illegal Armenian forces in the region, which was liberated in the fall of 2020 from decades of Armenian occupation, took advantage of hazy weather to provoke the Azerbaijani army. It added that the Armenian forces had to retreat when “immediate measures” were taken, not specifying what form of provocation took place.

The command of Russian elements on temporary duty in the region and the Turkish-Russian Joint Center were both told about the incident, it added.

There were no casualties among the Azerbaijani soldiers and the situation was brought under control, the ministry said.

Russia’s Defense Ministry said on Saturday that Azerbaijani armed forces had entered a zone policed by Russian peacekeepers in the Nagorno-Karabakh region, claiming a violation of an agreement, but Azerbaijan challenged these claims.

Russia said it had called on Azerbaijan to pull out its troops and was “applying efforts” to move forces to their initial positions. It also said Azerbaijan had carried out four-drone strikes in Nagorno-Karabakh.