The members of illegal Armenian armed groups in the Azerbaijani territory, in which the Russian peacekeeping contingent is temporarily stationed, grossly violated the provisions of the agreement dated November 10, 2020, and committed an act of terrorism and sabotage against the units of the Azerbaijan Army on August 3. 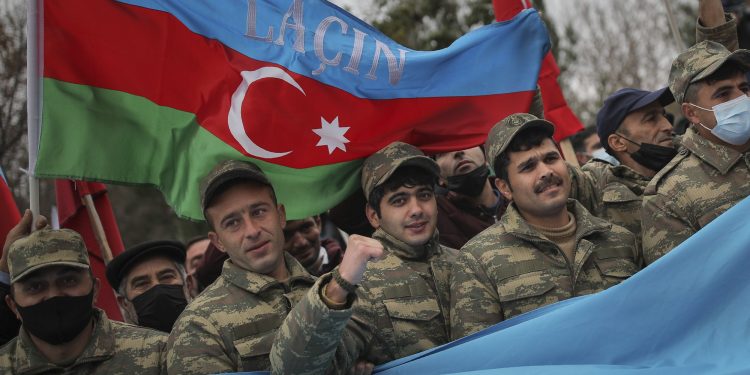 Azerbaijani soldiers celebrate the transfer of the Lachin region to Azerbaijan's control, in Aghjabadi, Azerbaijan, on Dec. 1, 2020. EMRAH GUREL/AP

Azerbaijani conscript Anar Kazimov was killed as a result of terrorist provocation, Caliber.Az reports referring to the Azerbaijani Defence Ministry.

Moreover, the illegal Armenian armed groups tried to seize the Qirkhqiz hill, located in the mountain range covering the Kalbajar and Lachin districts, and to create new combat positions there.

As a result of the “Retribution” retaliatory operation carried out by the units of the Azerbaijani army, the heights of Qirkhqiz, Saribaba and a number of other important strategic heights along the Karabakh ridge of the Lesser Caucasus were taken under control.

Currently, the Azerbaijani divisions are carrying out engineering work to create new positions and lay out communications lines.

Several combat positions of illegal Armenian armed formations were destroyed, as well as an air strike on a military unit was made in Yukhari Oratagh village of former Aghdara district as part of the operation.

As a result, members of illegal Armenian gangs were killed and wounded, while several D-30 howitzers, military vehicles and numerous ammunition were destroyed.

Azerbaijan has repeatedly stated that contrary to the tripartite agreement, the existence of the Armenian armed forces and illegal gangs in the Azerbaijani territory, in the temporary responsibility zone of the Russian peacekeeping mission, is a source of danger.

The demilitarisation of these territories, the complete withdrawal of Armenian troops from there and the disarmament of illegal Armenian gangs is the absolute right of the Azerbaijani Armed Forces.

The Azerbaijani Defence Ministry said that proceeding from the Constitution of the Republic of Azerbaijan, from now on, any terror and provocations committed in Azerbaijan’s sovereign territory will be resolutely suppressed, while retaliatory measures will be more crushing. 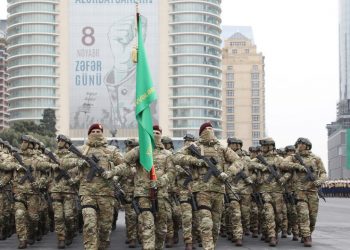