“Azerbaijani” resolution of the French Senate and risks for Europe

The French senators who introduced the draft resolution claim that they would make economic "sacrifices" for moral reasons. Mixing political factors with economic factors, without obvious reasons, is a rather meaningless and harmful move. 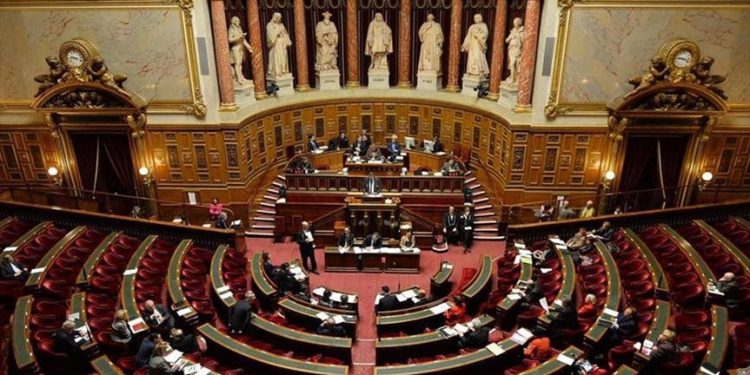 On November 15, the French Senate intends to consider a resolution presented by five senators from different parties, which calls on the European Union to impose economic sanctions against Azerbaijan—first of all, we are talking about an embargo on the purchase of natural gas and oil, not only in France, but throughout Europe.

As you know, in recent months, EU countries have dramatically reduced their dependence on Russian energy supplies—for example, the head of European diplomacy, Josep Borrell said at a meeting of the United Nations Economic Commission in Buenos Aires on October 26, “Russian gas deliveries to Europe have dropped from 40% to 7%.” (Borrell’s Twitter page).

This was made possible in particular by replacing Russian gas with deliveries from Azerbaijan in accordance with the REPowerEU plan.

Besides, France, in fact, buys only a small amount of oil from Azerbaijan, so the resolution, in any case, is mostly declarative. At the same time, the European countries that purchase Azerbaijani energy resources (namely Italy, Croatia, Czech Republic, Portugal, Spain, Ireland, Germany, Romania, Greece, Austria, Bulgaria), in the hypothetical case that such sanctions are imposed, may suffer considerable economic and financial damage.

It should be noted that the expansion of Azerbaijani gas supplies to European markets as a result of the agreement between Azerbaijan and the European Union is largely due to the loss of Russian gas.

Azerbaijan has shown a willingness to participate in repairing this loss, and if such an embargo were introduced, its gas and oil deliveries would be at least extremely difficult, if not impossible, to replace at the peak of the heating season in Europe.

Following the possible adoption of sanctions against Azerbaijan, the beneficiary countries that have replaced Russian gas with Azerbaijani gas in their markets may find themselves in a situation where they will have to consider resuming supplies from Russia under economically disadvantageous conditions dictated by the Kremlin (launching the second leg of the Nord Stream pipeline, withdrawal of Gazprom from the influence of the European energy charter, etc.) France has already expressed its willingness to share its own gas with Germany in case of urgent need, but such a resolution, aimed against trade with Azerbaijan, could turn this hypothetical need into a reality, thereby causing direct losses to France itself.

The French senators who introduced the draft resolution claim that they would make economic “sacrifices” for moral reasons. Mixing political factors with economic factors, without obvious reasons, is a rather meaningless and harmful move. Without going into detail, it should be noted that France buys energy resources in Algeria and Nigeria. The human rights situation there is much more dire. What is the point of this double standard and who will be the main beneficiary of these actions?

But the key question is this: can the upper house of the French parliament afford to take responsibility for the possible economic losses of the partner states, of Europe as a whole, as well as for the loss of its own budget? After all, even a declarative and non-binding resolution will nevertheless have an inevitable impact on Europe’s and France’s energy security, and not in a good way.