Javad Karimli traveled 7,000 miles to study in Monterey County, where he started his educational journey as a child more than 10 years ago. And his arrival marks a first for Monterey Peninsula College, as he is the first Azerbaijani student to enroll at MPC as a part of a sister-city relationship between Monterey and Lankaran, Azerbaijan. 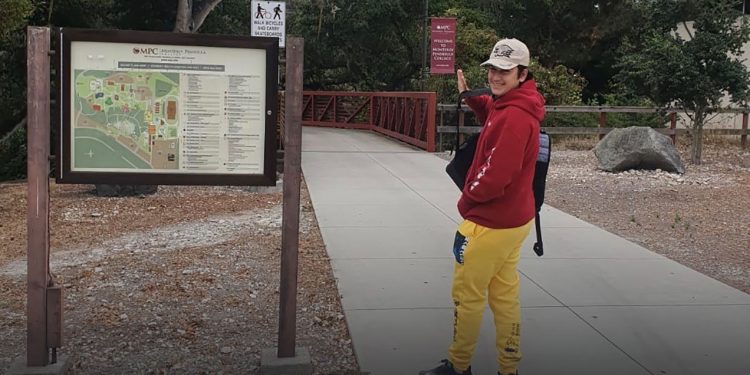 Karimli is a 17-year-old from Baku who picked MPC to pursue a degree in computer information systems. He appears to be settling into his new academic home after graduating at age 16 from a college preparatory school.

He plans to eventually transfer to UC Berkeley. In the meantime he works part-time at East Village Coffee — his first job.

“I actually have some history with Monterey,” said Karimli, who attended Robert Down Elementary School in Pacific Grove as a kindergartener while his father attended the Naval Postgraduate School.

Returning to Monterey County “was not my plan,” he said, “until I met City Councilmember Alan Haffa (an MPC English professor) in Baku who was on his way to visit Lankaran. I happened to give him a tour of the Old City in Baku and he told me what a great academic community MPC was. So, here I am starting my higher education.”

Monterey this year marks its decade-long collaboration with Lankaran, one of six cities Monterey has joined forces with in the Sister City program. The relationship was initiated by former Azerbaijani students at NPS and spearheaded by former Monterey Councilmember Nancy Selfridge, the current chairman of the Monterey-Lankaran Friendship Association.

In fact, Selfridge is hosting Karimli at her Monterey home. While not directly from Lankaran — Baku is about three hours away — Karimli is the first of what is expected to be many Azerbaijani students at MPC.

For the past 10 years, delegations from both cities have traveled with the support of the Consulate General of Azerbaijan in Los Angeles to discover similarities between their communities and to contribute to public diplomacy between the countries.

A historic military fort, Lankaran is located on the border with Iran and is famous for its diverse agricultural industry, led by tea, citrus and rice production. It is also known for its breathtaking landscapes on the Caspian Sea coastline. During the last visit to Lankaran, officials from Monterey and Lankaran agreed to start an academic exchange between MPC and Lankaran State University. Lankaran is interested in ESL programs, while Monterey will be getting culturally and commercially exposed to this region at the crossroads of Europe and Asia.

However, the pandemic delayed those plans.

But with Karimli’s arrival — and after Azerbaijan rotated its envoy in Washington D.C. with an native of Lankaran, Ambassador Khazar Ibrahim — it’s possible that the Monterey-Lankaran Sister City relationship may be hitting a post-pandemic restart button faster than planned.

Selfridge said she would like to see the exchange of students become a two-way experience. “As the bond between our two cities grows, I hope to see more Californians travel to Lankaran for education or tourism,” she said.