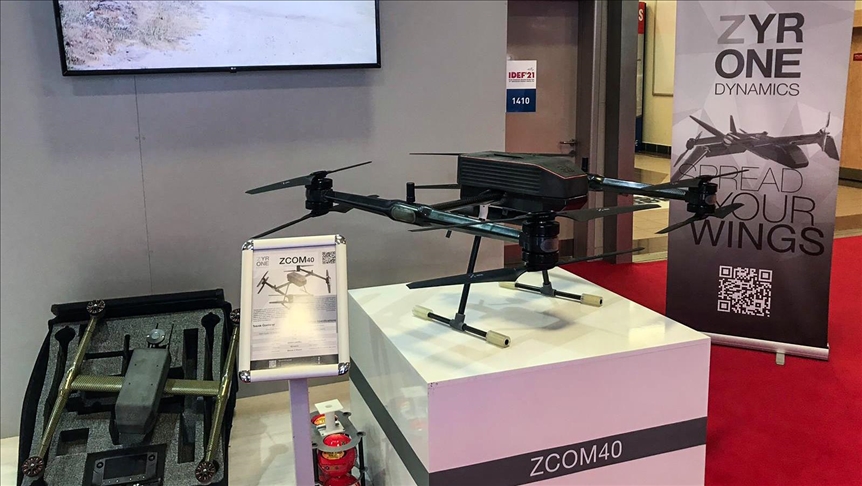 In addition to drones from Israel, long considered a UAV superpower, Azerbaijan had also used drones purchased from Turkey. The performance of the Turkish drones attracted worldwide attention. Turkish drones had also been used in the conflicts in Libya and Syria to attack Russian-designed tanks and air defence systems.

On August 18, the Indian embassy in Turkey tweeted about a “new beginning”. The embassy was referring to news of an Indian company investing in a Turkish drone maker.

DCM Shriram signed a partnership deal with Turkey’s Zyrone Dynamics on the sidelines of the International Defense Industries Fair (IDEF) in Istanbul.

DCM Shriram is investing $1 million in Zyrone Dynamics, taking a 30 per cent stake in the company. Murat Kanber, co-founder of Zyrone Dynamics, was quoted by Turkey’s Anadolu Agency as saying, “Both sides’ expectation is the creation of products for civilian use, especially for cargo transportation… Now Zyrone will sell its products to India and its neighbors in the Asian market, after which it also hopes to export drones to Europe and Australia.”

Speaking on behalf of DCM Shriram, Rudra Shriram said “The partnership is more than just an investment; it is about creating a global UAV company for various applications in civilian and military fields.”

Zyrone Dynamics specialises in the manufacture of small rotary-wing drones. Zyrone Dynamics has been promoting small drones that it calls ‘variable volume’ UAVs.

A variable volume drone is similar to a ’tilt-rotor’ aircraft like the US V-22 Osprey that can take off and land like a normal helicopter but can tilt its rotors forward inflight and fly like a normal aircraft, ensuring a helicopter’s operational versatility and a fixed-wing aircraft’s speed. CNN Tukey in 2019 noted, “A variable-volume UAV… can hover like a rotary-wing UAV, while it can cruise at long ranges and high altitudes like a fixed-wing UAV. In this way, in missions that require narrow space and short range, the aircraft can perform the necessary manoeuvres and hover in the air. It can perform tasks that start in narrow areas and continue in rural areas without the need for another platform.”