Amid Russia's war on Ukraine, the US and UK announced a ban on Russian oil and gas as the EU discusses plans to end reliance on Russian gas. Many wonder if Baku can boost gas supplies to help in a smoother transition. 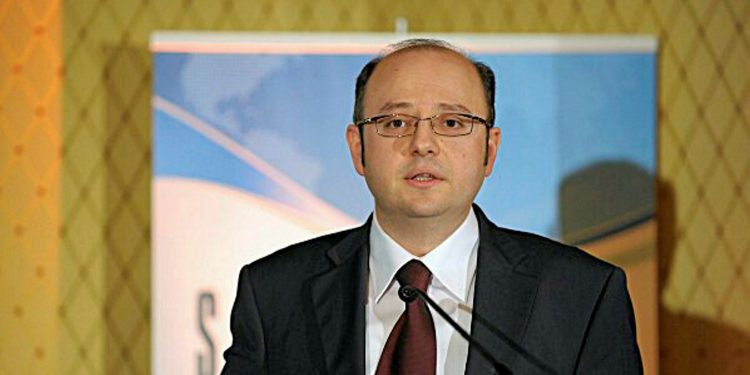 Speaking to Anadolu Agency on the sidelines of the Antalya Diplomacy Forum,​​ Azerbaijan’s Energy Minister Parviz Shahbazov, said the country has 2.6 trillion cubic meters of natural gas reserves, which he said is “enough for its neighbors and European countries.”

All these consultations will be implemented together with Turkiye, he stressed at the three-day event in the resort city of Antalya

The high-level forum has brought together participants from 75 countries, including 17 heads of state, 80 government ministers, and 39 representatives of international organizations. Anadolu Agency is the forum’s global communications partner.

At the eighth Ministerial Meeting of the Southern Gas Corridor Advisory Council, held in Baku last month, around 19 representatives of countries participated, he noted, the participants which included the EU Commissioner and Turkish energy minister agreed on expanding the gas corridor.

“Azerbaijani natural gas is exported to Europe via Turkiye through the TANAP (Trans Anatolian Pipeline) and then the TAP (Trans Adriatic Pipeline), which has a great capacity,” he continued.

Amid the global energy crisis after Russia launched a war on Ukraine, the Azerbaijani energy minister said the OPEC+ organization could not “solve the political events, military conflicts and some other problems in the international arena today.”

“I think that in the next meetings, the new situation will be discussed and the necessary decisions will be taken for the regulation of the international oil markets.”

As issues concerning energy were at the top of the agenda at the meeting, Shahbazov said, the two leaders discussed the Southern Gas Corridor project.

Underlining that energy would be at the center of Turkish-Azerbaijani relations, he said last year’s Susha Declaration between the two countries, raising of relations between Turkiye and Azerbaijan to the level of an alliance, was an indication of this.

“Azerbaijan has an estimated $19.3 billion investment in Turkey, of which $17 billion is in energy,” he said.

Noting that Azerbaijan plans to build various projects through the Zangezur corridor, Shahbazov said it would be “important not only for Azerbaijan and Turkiye, but also for all countries of the region.”

The corridor — set to be built in the wake of last year’s Nagorno-Karabakh conflict, in which Azerbaijan liberated some 300 settlements from Armenian occupation — is set to connect western Azerbaijan to its autonomous exclave of Nakhchivan.

Stressing that the Zangezur corridor would connect Azerbaijan, Turkiye, Armenia, Russia, and Iran, Shahbazov said it would be “connecting the West and the East.”

According to him, it would not only be a logistics and transport corridor, but an energy corridor as well, adding that Zangezur would be used for electricity energy exports.

“At the same time, we have bigger plans for green energy in the future. We intend to use the corridor for these purposes as well,” he said.

“We also have bigger plans for renewable energy in the Hazar (Caspian) Sea. In the future, Azerbaijan will be a green energy country,” he said.