Azerbaijan’s Ministry of Energy has released oil and gas figures for the past 11 months of this year, which show that the country’s oil production has decreased by 16.5 thousand tons compared to the 2020 figures. 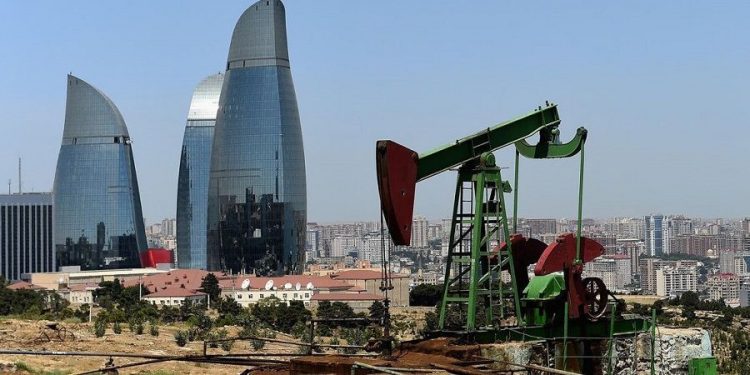 Based on the data provided by the Ministry of Energy on Thursday, Azerbaijan produced 31.6 million tons of oil – including condensate – in the period from January to November 2021, which shows that the production of oil (including condensate) decreased by 16.5 thousand tons compared to the same period a year before.

The Azeri-Chirag-Gunashli (ACG) field accounted for 20.6 million tons of oil produced in the country, while the Shah Deniz field produced 3.8 million tons (condensate).

It is worth noting that BP reported in November that 650,000 barrels of crude oil from the Azeri-Chirag-Gunashli (ACG) field in the Caspian travelled all the way from the Sangachal terminal near Baku across Azerbaijan and Georgia and onto the Stamos – the 1000th tanker – which sailed the cargo to Italy.

When it comes to the latest developments related to Shah Deniz, the most recent one was reported earlier this month when Lukoil and Petronas changed their previously announced agreement related to Lukoil’s acquisition of an interest in the Shah Deniz natural gas project in the Azerbaijan sector of the Caspian Sea from Petronas.

Furthermore, the transportation of oil (including the condensate) for exporting is approximately 334 thousand tons, namely 1.3 per cent lower than the relevant period of 2020.

On the other hand, the gas output amounted to 39.7 bcm during these 11 months with 12.1 bcm of gas production extracted from ACG, while 20.4 bcm was extracted from Shah Deniz. SOCAR produced 7.2 bcm of gas during this period and the gas was transported with an increase of approximately 6 bcm – 17.8 per cent – compared to the relevant period last year.

The gas sales amounted to 16.9 bcm during this period, which was 39.8 per cent more compared to the same period during the previous year. The Ministry of Energy further added that 7.7 bcm of gas was exported to Turkey, 7.3 bcm to Europe and 1.8 bcm to Georgia. The BTC pipeline system was supplied with 92 million cubic meters of gas, while 5.1 bcm of gas was exported to Turkey through TANAP during this period.

The report further elaborates that Azerbaijan refined 6.1 million tons of oil from January to November 2021, which is 756.6 thousand tons more in comparison with the relevant period of the previous year.