Azerbaijan’s President Ilham Aliyev said he’s “very surprised” by Iran’s decision to hold military drills close to their border, amid tensions between the two neighbors over a key transport route. 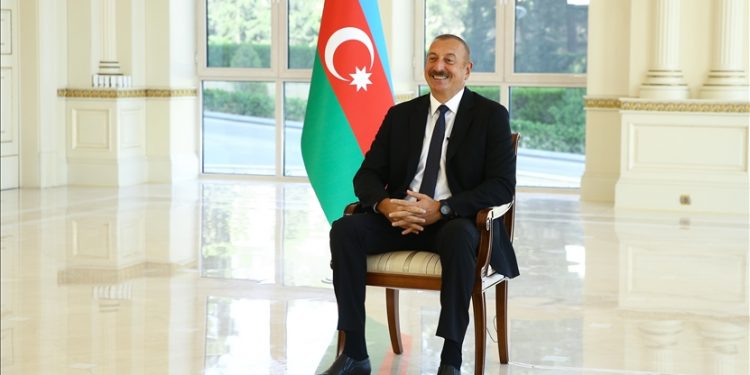 “Why now and why near our borders?” Aliyev said in an interview published Monday with Turkey’s state-owned Anadolu news service. Iran hadn’t held military drills near the border since Azerbaijan became independent from the former Soviet Union almost 30 years ago, he said.

Tensions between Baku and Tehran have flared in recent weeks after Azerbaijani police and customs officials began imposing a “road tax” on Iranian trucks shipping fuel and other goods to neighboring Armenia. A section of the main route to Armenia passes through Azerbaijan on land Armenian forces occupied for decades until last year’s 44-day war between them over the disputed territory of Nagorno-Karabakh.

Iran’s ambassador in Baku, Seyyed Abbas Musavi, said the exercises “can’t be seen as a threat to our friends,” and that Azerbaijan had been told about them months earlier, according to the Baku-based APA news service. Iranian officials have also told private companies to stop transporting goods to Nagorno-Karabakh, he said.

A senior cleric in Iran last week defended a decision by the Islamic Revolutionary Guard Corps to conduct military drills near the border with Azerbaijan as “a message to Israel not to make any mistakes,” according to the semi-official Fars news agency, in a reference to Israel’s ties to Azerbaijan.

Iran has been suspicious of Azerbaijan’s links to Israel, a key supplier of drones and other weapons that helped Baku tip the military balance in its favor in last year’s war with Armenia.