One of the most effective business platforms in the post-Soviet area has been formed in the South Caucasus for over two decades uniting the energy, transport-logistical, and agro-industrial potential of Azerbaijan and Georgia. 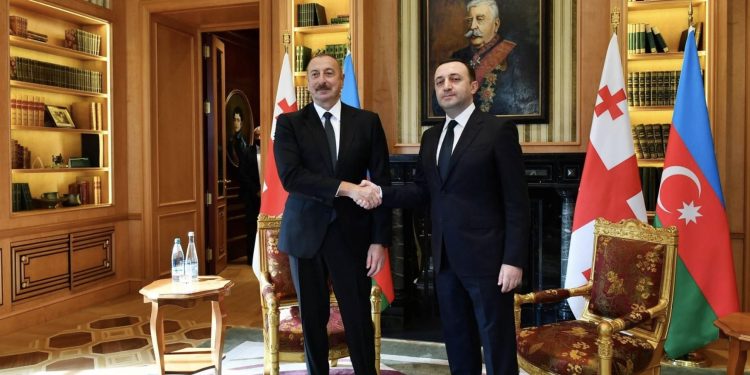 The friendly states intend to further expand mutually beneficial bilateral cooperation and, given the new geopolitical realities, intensify coordination to increase cargo and energy supplies towards Türkiye and EU countries. This was the key message during the talks held on October 24 during the working visit of Azerbaijani President Ilham Aliyev to Georgia.

Baku and Tbilisi have been closely linked for many years within the framework of joint transport and energy projects: there is a network of oil and gas transit pipelines across the territories of both countries, terminals for transshipment of oil, fuel, and petrochemical products are built in Georgian ports, through which raw materials from the Caspian region are exported to the Black and Mediterranean Sea countries, successfully providing energy security in Europe. At the same time, Baku and Tbilisi are dynamically implementing projects to export electricity to the Turkish market with subsequent transmission to a number of Southern European countries. Joint undertakings in the transport and logistics sector are no less significant: for about five years now, the partners have been transporting cargo via the Baku-Tbilisi-Kars (BTC) international railway corridor, which connects Europe and Türkiye with Central Asia and China.

“Today, our strategic partnership has risen to, one might say, an allied level, because Azerbaijan and Georgia actively cooperate in many areas, supporting each other within international organizations and in a bilateral format. Many important business projects are of particular importance not only for our countries but also for the region and Europe as a whole,” Azerbaijani President Ilham Aliyev said in a joint press statement with Georgian Prime Minister Irakli Garibashvili. 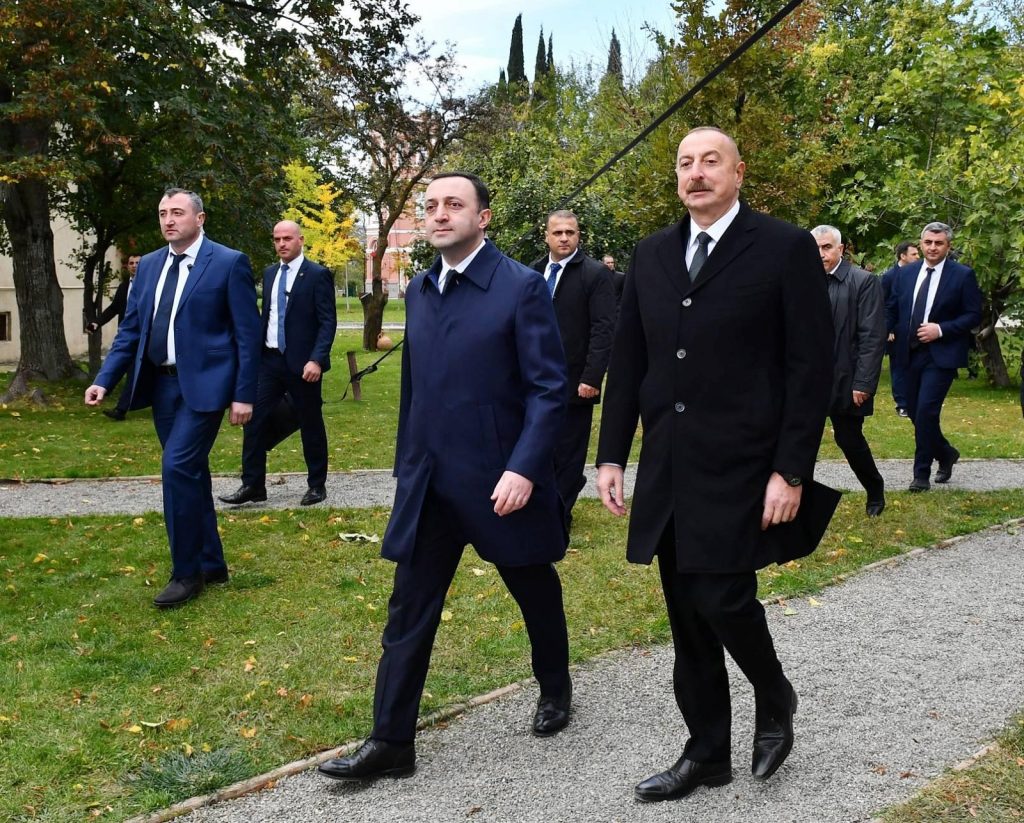 Underlining the success of bilateral relations, the Azerbaijani leader said that Azerbaijani-Georgian trade turnover has approached $1 billion for three quarters of this year. At the same time, the investment component within business cooperation is consistently expanding, and, as Ilham Aliyev stressed, Azerbaijani investments in the Georgian economy have exceeded $3 billion, and joint projects meet the interests of both sides.

It is worth mentioning that last year Azerbaijan’s share in the total exports to Georgia was close to 15%, and our country ranked third among the main suppliers there – China and Russia. At the same time, Azerbaijan is Georgia’s fourth largest foreign trade partner, and for many years, together with Türkiye, has been a leading investor in increasing the level of capitalization of its South Caucasus neighbour’s economy. At present, more than 650 companies with Azerbaijani capital operate in Georgia and Azerbaijan has invested over $3.3 billion in the Georgian economy since 1995. SOCAR Energy Georgia, a subsidiary of the State Oil Company of Azerbaijan (SOCAR), plays the leading role here, building the Black Sea oil terminal in the Georgian port of Kulevi, implementing the full gasification of Georgia, creating a network of petrol stations and oil bases, etc.

Fruitful cooperation will continue – the business communities of the two countries are developing new joint projects in tourism, construction, transport, and transit initiatives. Georgian companies are also invited to participate in contractual projects for the restoration of infrastructure and development of the economic potential of the Karabakh and East Zangazur economic regions of Azerbaijan.

A key vector for the development of bilateral business ties in the near future appears to be the strengthening of Azerbaijani-Georgian cooperation in the transport, logistics, and energy sectors, in order to bolster the export of Azerbaijani oil, gas, and electricity, as well as the transit of non-oil cargo towards Europe.

“We intend to increase gas exports to world markets, and this year we will already deliver 22 billion cubic metres, and next year exports will increase even more. According to the Memorandum on Strategic Partnership in the Energy Sector signed in July this year, Azerbaijan will double gas exports to Europe in the next five years, bringing it to 20 billion cubic metres in 2027. The work to be done in this regard has been discussed bilaterally with Georgia, and there is a need for further coordination,” President Ilham Aliyev said.

Another important direction of cooperation, according to the head of state, is the expansion of oil exports through the Baku-Tbilisi-Ceyhan oil pipeline, as well as the resumption of work of the Baku-Supsa oil pipeline, which is not operating at the moment.

In the foreseeable future, Azerbaijan and Georgia should strengthen cooperation in another promising area – the transit of electricity to regional markets. In recent years, Azerbaijani electricity has been exported mainly to Georgia and Türkiye, and in order to expand the transit potential, in 2015, Azerenerji completed modernisation of the transmission infrastructure – transmission lines and substations in the western direction. The Azerbaijan-Georgia-Türkiye power bridge now has the capacity to maintain supplies at 700 MW or more.

Azerbaijan intends to enhance power transit via Georgia to Türkiye and further to European states, and this trend may become another leading direction of bilateral business relations in the future. The head of state reminded about it, noting that according to international experts, the potential of renewable energy sources (RES) in the liberated lands of the Karabakh region is estimated at 10 GW, and in the Azerbaijani sector of the Caspian Sea, this figure reaches 157 GW. “In the future, Azerbaijan will seek to increase the production and export of electricity generated by RES. Of course, our export direction passes through Georgia, and in this matter, as well as in other areas, our countries will actively cooperate,” said President Ilham Aliyev.

The President of Azerbaijan and the Prime Minister of Georgia also discussed the prospects of cooperation between the two countries within the framework of the “Middle Transport Corridor”, whose importance has increased manifold with the outbreak of war in Ukraine and very difficult geopolitical processes in the region. The Trans-Caspian International Transport Route (TITM), in which Baku and Tbilisi have been active participants since 2018, is also becoming a priority given the increased demand for energy, mineral, metallurgical, agricultural, petrochemical, and other industrial products from the Central Asian region. 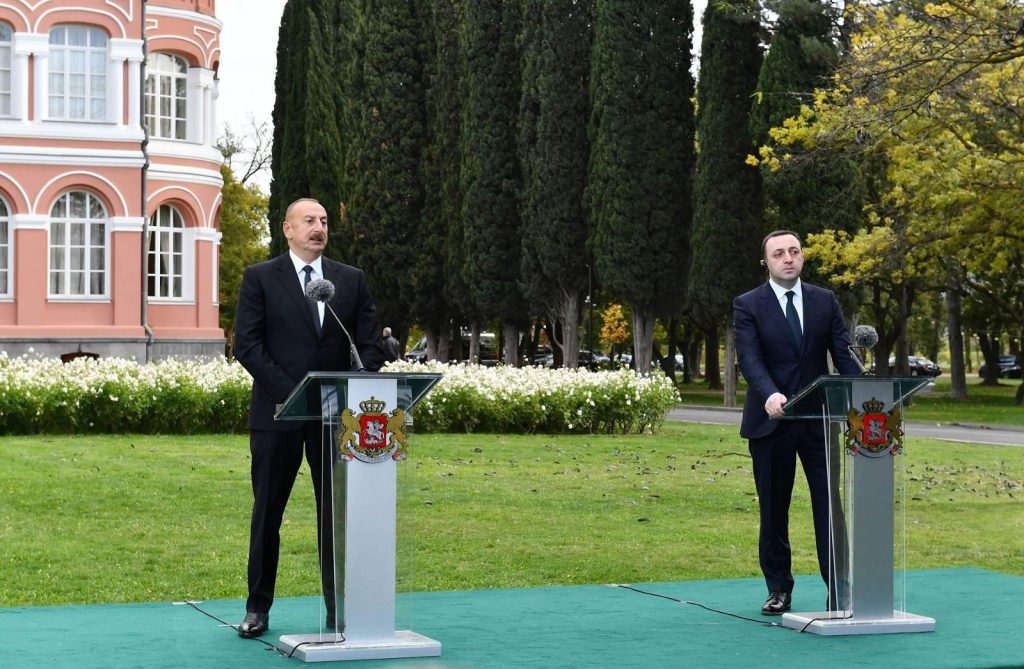 As President Ilham Aliyev noted, the volume of freight traffic between Georgia and Azerbaijan has increased by 75% this year, and these volumes will grow dynamically. Today there is an increased demand for transportation routes across the Caspian Sea, transiting through the South Caucasus, taking into account the increased volume of cargo transported from the Central and South Asia region to the West, as well as in the reverse direction. “We intend to increase the capacity of Baku-Tbilisi-Kars railway up to 5 million tons, and in this regard, Azerbaijan plans to make additional investments in 2022-2023 in the development of the BTC railway corridor,” the head of state said, stressing that with the same purpose the capacity of the Baku International Sea Trade Port will be increased from 15 to 25 million tons per year.

The President of Azerbaijan clarified that all of the above projects will be implemented consistently in the near future, and the necessary funds will be allocated for their implementation. Therefore, he noted that close coordination between Georgia and Azerbaijan in the transport sector should be strengthened today, as the bilateral projects should be completed at the same time.