Is Azerbaijan hurtling toward war with Iran and Armenia?

Azerbaijan sees its close cooperation with Turkey as a guarantee against the security threats posed by the alliance of Iran and Armenia. 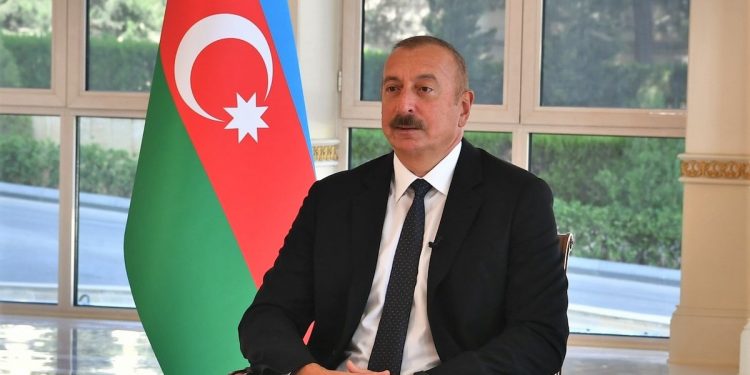 Aliyev took charge. Everything else was left in his shadow...

On October 17, Iran’s Islamic Revolution Guards Corps (IRGC) launched large-scale military exercises along the country’s border with Azerbaijan. The exact location of the “Mighty Iran” exercises was not made public, but the territory the Iranian media refers to as the exercise area borders the Nakhchivan exclave and the Republic of Azerbaijan’s mainland territories. The exercises tested integrated operations, including security and defense tactics carried out by IRGC ground units and, for the first time, deploying pontoon temporary bridges to train forces and military vehicles to navigate through water obstacles.

Considering that the natural border between Iran and Azerbaijan is the Aras River in many sections, the deployment of temporary pontoon bridges raised eyebrows amongst Azerbaijanis. According to the Azerbaijani media, unlike previous drills, these exercises covered the entire interstate border with Azerbaijan and included more weaponry and personnel. According to a statement from the Iranian Embassy in Azerbaijan, Tehran had given Baku advance notice of the drills, and military leaders from both countries discussed these drills.

This comes amidst growing tensions between Baku and Tehran and the latter’s push for an alliance with Armenia. Since the 2020 Nagorno Karabakh War, Iran has warned against the Zangezur corridor project, which Tehran fears might cut its geographical connection with Armenia. Such accusations against Azerbaijan have been voiced by officials at various echelons of the Iranian government, including by Supreme Leader Ayatollah Ali Khamenei. In a tweet posted on July 19, Khamenei said, “Of course, if there is a policy intended to block the Iran-Armenia border, the Islamic Republic will oppose it, for this border is a 1000s-year-old connecting route”—after saying that “We are pleased to see Karabakh return to Azerbaijan.” Moreover, two days after the launch of military drills, Iranian foreign minister Hossein Amirabdollahian said that “Iran will not permit the blockage of its connection route with Armenia, and in order to secure that objective, the Islamic Republic of Iran also launched a wargame in that region.”

Iran continues with these accusations despite assurances from the Russian and Azerbaijani governments. For example, the Russian side has declared repeatedly that no extraterritoriality will be applied to the transportation routes that are planned to be opened between Armenia and Azerbaijan. “The principle is sovereignty over the road is exercised by the country through whose territory the road passes. This means that if the road passes through Armenian territory, then this is an Armenian road, if along Azerbaijani territory, then it is Azerbaijani,” Russian deputy prime minister Alexei Overchuk said in an interview on September 30. In another assurance, Azerbaijani president Ilham Aliyev declared on October 14 that his country “had no intention of occupying the territory of Armenia, as some may assume.” Nevertheless, Iran fuels tensions in the region by warning against imminent border changes and other geopolitical threats.

A few days after Iran’s exercises, Aliyev and Iranian president Ebrahim Raisi met on the sidelines of the Conference on Interaction and Confidence Building Measures in Asia (CICA) in Astana, Kazakhstan on October 13. The official website of the Azerbaijani president reported that Aliyev told Raisi that Azerbaijan was continuing efforts to ensure peace and security in the Caspian Sea and the South Caucasus region, emphasizing that “Azerbaijan was pursuing an independent foreign policy.”

The stress on “independent foreign policy” is noteworthy, as Iran often warns Azerbaijan against close relations with Israel. According to some media reports, the meeting between the two leaders was not as friendly as official sources reported. Some reports suggest that Aliyev criticized his Iranian counterpart for the military build-up on the Azerbaijani border and for arming and providing military assistance to Armenia to confront Azerbaijan, describing it as a threat to his country. In response, Raisi reportedly denied these accusations and criticized Aliyev for obeying the “Zionists,” by which he seemingly implied Israel, and also for the Israeli defense minister’s recent visit to Baku.

A fact shared by the Azerbaijani media indicates that these leaks from the meeting might be true. According to various Azerbaijani media agencies, Iran turned out to be the only country at the October 13 CICA summit that opposed Azerbaijan’s chairmanship for the upcoming period, while all other member states supported it.

In a move that seemed to be a message to Azerbaijan against any alleged plans to change borders and cut off Iran from Armenia, Amirabdollahian paid a three-day visit to Armenia on October 20 and inaugurated a consulate in Kapan, the capital of Armenia’s southern Syunik Province. The media reported that the renovation works of the consulate building had not been finished, and as such, it was opened in haste. In his remarks at the inauguration ceremony of the consulate office, Amirabdollahian said, “We have clearly stated our opposition to any geopolitical change of borders in the Caucasus region … We consider the security of Armenia as the security of the Islamic Republic of Iran and the security of the region.” Both sides are clearly building up their cooperation in various spheres, including the military and economy. Apart from aiming to boost bilateral trade turnover from $700 million to $3 billion, Iran is also discussing supplying combat drones to Armenia.

Amirabdollahian’s visit to Armenia coincided with Turkish president Recep Tayyip Erdogan’s visit to the liberated Karabakh territories of Azerbaijan, where he joined Aliyev in the inauguration ceremony of the Zangilan airport, the second international airport that Azerbaijan has opened in the liberated territories, and in ceremonies for other projects in the region bordering Iran. Azerbaijan sees its close cooperation with Turkey as a guarantee against the security threats posed by the alliance of Iran and Armenia, which the two sides hope to develop into a trilateral bloc with India.

Vasif Huseynov is Head of Department at the Center of Analysis of International Relations.