The Foreign Ministry commented on the charges of brutal treatment of Armenian prisoners of war, contained in a report by Human Rights Watch. 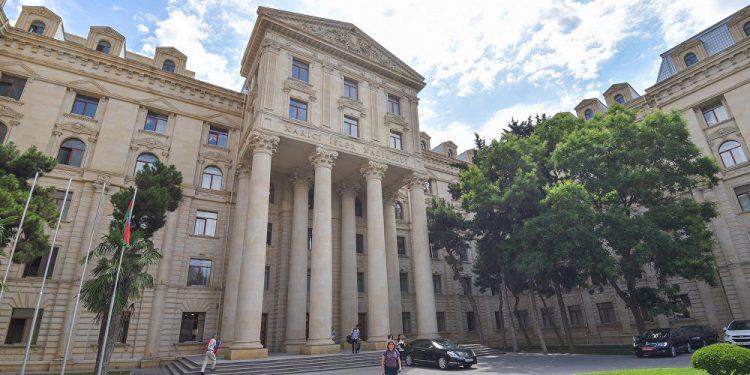 Ministry of Foreign Affairs of Azerbaijan

Azerbaijan denies charges of brutal treatment of Armenian prisoners of war, contained in a report by Human Rights Watch, the country’s Foreign Ministry said in a statement published on Tuesday.

It described the report as “biased and not reflecting the objective reality” and based on groundless charges.

“All Armenian prisoners of war and civilians were treated in accordance with the Geneva Convention. They were not subjected to any torture, humiliation of maltreatment. All of them received the necessary medical assistance and were examined by medics. The examinations found no traces of traumas or injuries, except for those received in combat,” the statement runs.

Baku stressed once again that Azerbaijan had released to Armenia all prisoners of war in accordance with the trilateral statement of November 9, 2020, adding that the Armenian citizens still kept in its custody could not be regarded as prisoners of war.

“The Armenian side tries to mix up contexts: those detained in Azerbaijan following the signing of the November 9, 2020 trilateral statement cannot be regarded as prisoners of war. Persons sent to the country’s territory from Armenia for committing acts of terror and sabotage are not prisoners of war from the standpoint of international law and cannot be regarded as such. They must be brought to justice in accordance with Azerbaijan’s criminal legislation. All of them are treated in accordance with international humanitarian law and the country’s legislation. We stress once again that all persons classified as prisoners of war have been released,” the Foreign Ministry said.

Baku urged Human Rights Watch to pay attention to the “instances of brutal treatment of Azerbaijani prisoners of war and civilians by the Armenian side, as well as the thousands of Azerbaijanis who remain unaccounted for.”