Baku has secured legitimacy for the power factor

The events we are witnessing in the world today literally push humanity to the conclusion that power is practically becoming the main political language of international relations. All kinds of political and diplomatic maneuvers are just the background for the execution of foreign policy strategies based on the power factor. 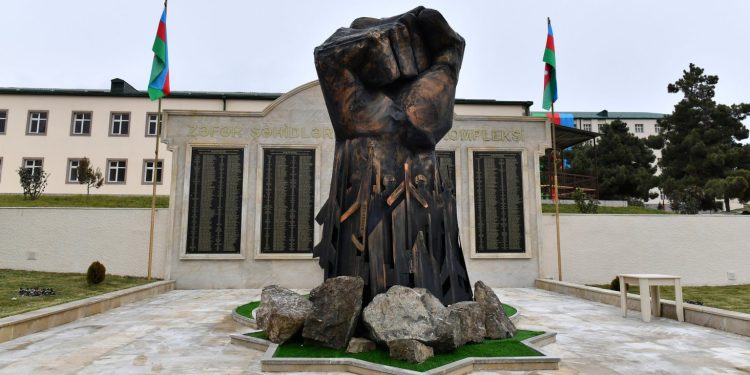 The existing trends point us to the geopolitical formula of the modern system of international relations, formulated by the President of Azerbaijan Ilham Aliyev: “In today’s changing world, the power factor has, one might say, already officially come to the forefront.”

The dynamics and nature of the observed processes, as well as the hegemony of the policy of double standards, are pushing states to search for their power. The search for one’s power is a strategic challenge for all countries of the world. I will stress for critics that the search for power compels one to be strong within one’s own country as well. That is why, in order to undermine the international positions of a particular country, the key players first of all strike at domestic political stability. At the very least because stability is an immunity against all attempts at outside interference in the internal affairs of a country.

That is why the countries’ search for their own power will only become more and more relevant with each passing year. Power in international relations is becoming the main backbone factor, and international law is becoming the main tool in justification of the use of this power. Let us try to formulate in the context of Ilham Aliyev’s state policy the factors that determine the power of our country.

The new reality created by Azerbaijan’s victory in the second Karabakh war is our country’s power factor. Azerbaijan acts as the main architect of the new reality of the entire region. We are living in a historic period of great importance for our country. The main thing here is not to miss the potential of that factor. We may assume that some events, including Iran’s war games, are being staged with the very purpose of preventing Azerbaijan from utilizing the full potential of this factor. Inciting the radical opposition to various provocations also serves to prevent Azerbaijan from taking full advantage of its power factor.

As the winner, Azerbaijan gets the opportunity to dictate new rules. This opportunity is one of the components of our power factor. And effective diplomacy and information policy can strengthen the effectiveness of this power factor. That is why the President of Azerbaijan emphasizes diplomatic resources in his state policy.

Azerbaijan is steadily turning into a significant logistics hub of the entire region and this factor distinguishes the regional status of our country. Thus, the logistics potential of Azerbaijan is also one of the formative factors of our power. I must emphasize that immediately after the victory, this status was recognized by both international organizations and individual countries of the world. Obviously, the transit potential of the region makes our country’s international status stand out.

The political and economic relevance of the region, as a positive consequence of Azerbaijan’s victory, should also be added to the list of constituent factors of our country’s power. The geopolitical weight of the region has increased manifold, and we are the key player here. The victory factor creates favorable conditions for our country to gain maximum benefit. However, it should be taken into account that the time window of this factor is limited. Our region has almost always been in the center of attention and has always been in the zone of geostrategic interests of the world’s leading countries. The new reality therefore offers only a temporary advantage in setting the priorities and the tone of relations within the region. If this temporary advantage is lost, the old scenarios will become relevant again.

The redevelopment of the territories liberated from occupation not only strengthens the economic potential of the country, but also acts as a factor in securing the investment attractiveness of Azerbaijan. Thus, the liberated territories are also among the list of the constituent factors of Azerbaijan’s power.

Azerbaijan’s role in ensuring Europe’s energy security is a significant power factor. The country’s energy resources in tandem with a competent policy do not only make us powerful, but also give legitimacy to this power. At a time when double standards reign supreme, the legitimacy of power becomes almost the main deterrent that allows us to fight against manifestations of the policy of double standards at least to some extent.

Long-term reforms of the governance system and the democratization of social relations are also factors of Azerbaijan’s power. Only a strong government can afford long-term reforms. Reforms secure the adequacy of the system. Moreover, any reform is a search for a better model. Reforms prevent the system from being static, and therefore from being vulnerable. Reforms make it possible to adapt the governance system to the rapidly changing external environment to the greatest extent possible. This is why radicals are almost always vehemently opposed to any reform.

The active promotion of the values of multiculturalism in the global system of international relations, as well as such an internationally acknowledged status as “Baku is one of the world’s multicultural spots” are undoubtedly on the list of the main characteristics of Azerbaijan’s power. It is this factor that guarantees the peaceful coexistence of representatives of all ethnic groups—citizens of one country.

One of the meaningful factors of Azerbaijan’s power is certainly the authorities’ openness to political dialogue. The atmosphere of dialogue is indicative of a commitment to the principles of democratic relations and serves as a safeguard of public solidarity. And the President’s words: “Our strength is in our unity” are a strategic message to every citizen of the country.

Even this brief analysis provides insight into why these power factors are in the crosshairs of informational manipulation for external detractors and their radical underlings. Each of the above power factors should become a strategic priority for the relevant sectors and areas of socio-political relations. The power of the country is the power of each of us.