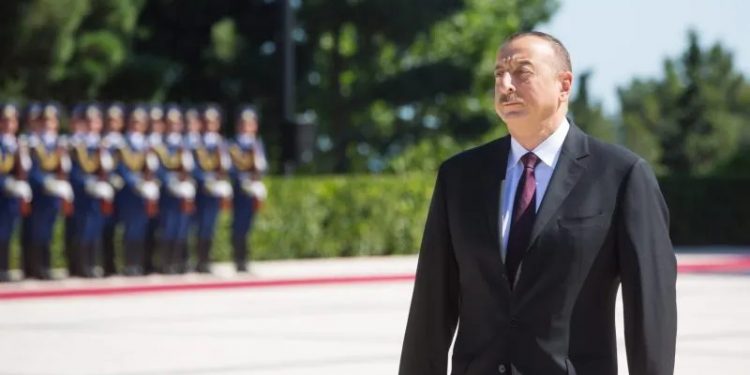 What is currently unfolding in some Western media outlets with regard to Azerbaijan’s role in global processes falls squarely within the latter definition.

Such propaganda only harms and brings trouble, because it essentially contradicts the expectations and aspirations of the healthy majority who expect real results and benefits from international cooperation.

Winter is coming, and panic-stricken people can only worry about having to face the cold on their own in a couple of months. For Europe it is a matter of life and death. Nevertheless, the Armenian diaspora in most Western countries has gone on the ideological offensive, unleashing a new smear campaign against Azerbaijan.

Particularly noteworthy are individuals whose mental capacity is clearly insufficient to form a healthy public opinion. For example, Nerses Kopalyan, a columnist of Armenian origin, whose reasoning and analytical skills are, to put it mildly, highly questionable. He howls hysterically in LeFigaro, wondering why Europe is putting its money on Azerbaijan, the country that attacked Armenia not so long ago and continues to pose a threat to his poor “historical homeland”.

The author highlights the fact that Azerbaijan and Russia signed an alliance statement but fails to mention that Moscow is Yerevan’s only strategic ally in the Caucasus.

By glossing over many aspects of Armenian reality that would be unpopular with Western audiences, the journalist tries to make Baku look bad, to prove that Western sanctions against Russia become meaningless only because Azerbaijan supports its northern neighbor. The so-called analyst claims that Baku is recreating comfortable conditions for Moscow, airbags, although these claims are ultimately nothing but delusions.

Staying true to its multi-vector policy, Baku makes no secret of its relations with all its neighbors, expanding the belt of stability in the region, which has been turbulent for thirty years due to Armenia’s destructive policy.

The obvious reality, in which the aggressor, defeated by the Azerbaijani army, continues to muddy the waters in the region, building up its military muscles for revenge, creating new risks for neighboring countries, escapes the attention of LeFigaro‘s columnist. Instead, he eagerly tells tales about Russian oil companies acquiring new shares in promising gas-bearing platforms in the Azerbaijani sector of the Caspian Sea.

He then argues, contradicting himself, that Azerbaijan does not have enough gas reserves to increase European exports. Does this mean that Ursula von der Leyen came to Baku to sign the energy memorandum on the spur of the moment? Does this look like something sensible and pedantic Europeans do?!

Posing as a great energy expert, the author claims that Azerbaijani gas is much more expensive than Russian and Algerian gas, but not only is his writing on the subject unconvincing—it betrays a complete amateur.

We remember how prior to the groundbreaking of the TAP project and during its construction the demagogues of every stripe and color, environmentalists and hired mouthpieces expressed indignation over the environmental risks of laying a gas pipeline from Azerbaijan. The detractors’ efforts came to nothing.

The pragmatic point of view derailed their futile aspirations. Real experts and specialists in Europe understood the significance of the initiatives put forward by Ilham Aliyev, who proved himself to be a master of subtle game, who can easily decipher upcoming challenges.

The Azerbaijani leader has proven to be a driver of new trends on the continent, demonstrating a virtuoso approach to strategically important areas of interaction. New energy routes have become promising realities, giving people confidence in the future.

The reverse-minded journalist cannot possibly grasp the satisfaction of high-ranking European officials as they explicitly support the European Union’s widening ties with Azerbaijan. The architects of the future are working for the prospects, and instead of getting out of their way, the French Armenians and their lobbyists throw tantrums and get underfoot.

The columnist of the French publication is not alone in his vile conclusions. His propaganda nonsense was supported by more than 50 so-called like-minded people, including senators, members of the French parliament, and representatives of various municipalities, warming their hands at the Armenian fire. Some of them were deceived and fell for an all-out lie. Others simply do not know what they are signing, because professional Hay grifters are simply setting them up. But, fortunately, the Armenian fire is giving less and less light and heat. Unlike Azerbaijani gas.

Obviously, there are quite a few people among activists who are prone to idiopathy. But they have little clout on the continent. If healthy forces listen to their tales, it is only to know the grifters and detractors by their faces.

The list of monstrous arguments used by Armenian and pro-Armenian scandalmongers is quite extensive, but it is far from novel. Primitivism is rampant. Is it really serious to push to your average European today the “truth” that the energy memorandum signed by Ursula von der Leyen and President Ilham Aliyev in Baku harms the interests of the European Union? Or that the document weakens the EU’s positions? I wonder how and in respect to whom. Could it be in respect to the United States, who unequivocally supports the bilateral initiative?

By spinning tales about a new military alliance between Azerbaijan and Turkey, some politically-minded miracle-workers escalate the situation as they try to strike fear into people, saying that Baku, together with Ankara, is scheming to inflict military and political damage on the European Union. However, it is Armenia, the protégé of these provocateur scribblers, who is known for this modus operandi.

Casting aspersions on the revival of the Zangezur corridor, which is supposed to serve the population of dozens of states, the authors of this absurdity fail to realize that they themselves look like witch hunters and opponents of integration.

Communications have always served people by bringing them connection, benefit, and prosperity. All those advocating a policy of separation and exclusion are enemies of community. They are always filled with dark ideas and thoughts, so they do not understand the importance of unity among people, who need the stability of diversity and communication.