Azerbaijan has returned to Armenia eight Armenian servicemen, the republic’s State Commission on Prisoners of War, Hostages and Missing Persons reported on Monday. 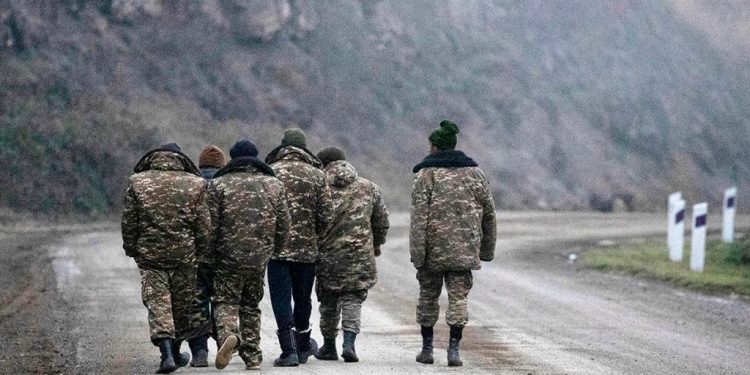 “On February 7, Azerbaijan, being guided by the principles of humanity, returned to Armenia eight Armenian servicemen. Some of them were detained during the interception of a provocation by Armenia’s armed forces on the Kelbajar direction of the state border on November 16, 2021,” the statement said.

The state commission emphasized that in response to this humanitarian move, Armenia “should hand over to Baku information on Azerbaijani servicemen and civilians killed during the first Armenian-Azerbaijani war (in the early 1990s – TASS) and presumably buried in mass graves as well as on the locations of such graves.”

According to the statement, this issue was raised by Azerbaijani President Ilham Aliyev at the February 4 online summit with the participation of Armenian Prime Minister Nikol Pashinyan, French President Emmanuel Macron and Head of the European Council Charles Michel. “The Armenian side assumed the responsibility of cooperating on this issue,” the state commission noted.

On November 16, 2021, intensive clashes between the armed forces of Armenia and Azerbaijan broke out in the border districts of Armenia’s Syunik Province. Yerevan stated that the Azerbaijani military began advancing on Armenian territory. The state highway which connects the Armenian capital with the country’s southern regions and Iran was threatened. Baku pinned the blame on Yerevan, accusing the Armenian armed forces of triggering a provocation. According to the Azerbaijani Defense Ministry, Armenian servicemen attacked Azerbaijani positions.

Due to these events, Russian Defense Minister Sergey Shoigu held phone conversations with his counterparts in Armenia and Azerbaijan. The press service of Russia’s Defense Ministry reported that afterwards the heads of Azerbaijan’s and Armenia’s military agencies took action to stabilize the situation on the border.

Last December, Azerbaijan handed over to Armenia a total of 25 Armenian servicemen detained during the November 16 armed border clashes. The transfer was performed at various times with the mediation by Russia, the EU and Hungary.