Blinken hosts Armenian and Azerbaijan counterparts for talks about peace 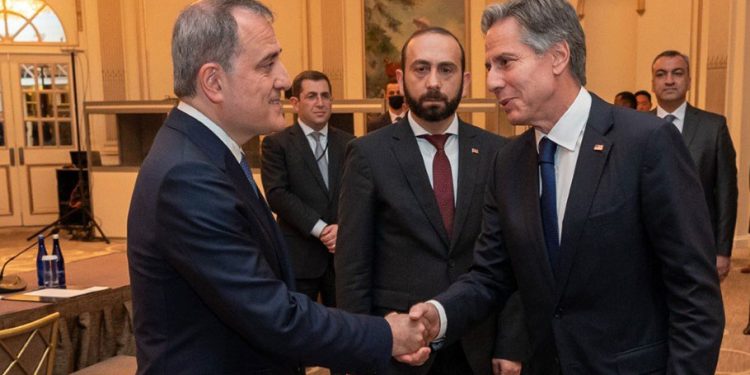 The ministers exchanged views on the elements of a possible peace agreement, noting that there were a number of outstanding issues. Both sides reaffirmed the commitments made by the leaders of Azerbaijan and Armenia at the meetings held on October 6 in Prague and October 31 in Sochi.

Bayramov and Mirzoyan also agreed to speed up negotiations and hold another meeting in the coming weeks.

Both ministers thanked the American side for hosting the peace talks between Azerbaijan and Armenia.

Media reports say that welcoming the two min isters and their delegations, Secretary of State Blinken spoke about the US role in the negotiations between the two countries and expressed hope that a lasting peace would be established in the region in the near future.

The Secretary of State also assured that “the United States strongly supports the sovereignty and territorial independence of both Armenia and Azerbaijan.”