The Armenian and Azerbaijani leaders attended the Sochi summit on the heels of these developments. In the bilateral meetings with the Russian president, taking place before their trilateral meeting, the leaders reiterated their respective positions. 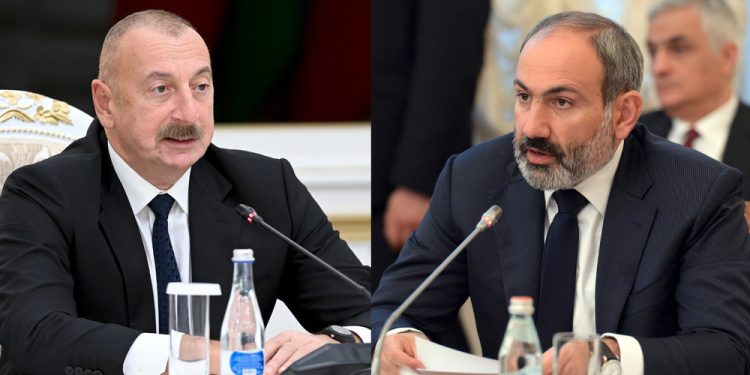 On October 31, the leaders of Armenia, Azerbaijan and Russia came together in Sochi for their first such gathering since the last Moscow-mediated summit on November 26, 2021 (Kremlin.ru, October 31). The summit was held amid major uncertainties about the peace process between the two South Caucasian republics and the significantly growing role of the European Union (EU) and the United States (US) in this context. The Armenian and Azerbaijani leaders, to the displeasure and resentment of Russia, have met five times in the EU-mediated format since the November 26 summit of last year, reaching some key agreements.

Following the August 31 summit in Brussels, and against the backdrop of the US-mediated meetings of Azerbaijani and Armenian officials, the Kremlin began expressing its annoyance more loudly, proposing its version of a peace treaty between Baku and Yerevan and accusing the West of geopolitical games in the South Caucasus (Twitter.com/mfa_russia/, August 31). The next summit in Prague, on October 6, on the sidelines of the first gathering of the European Political Community (EPC), panicked Russia even more as it was left on the sidelines (Azatutyun.am, October 6; TASS, October 11).

The Kremlin could only watch as critical progress was made regarding mutual recognition of the territorial integrity between Armenia and Azerbaijan, their plan to sign a peace treaty by the end of this year and the deployment of an EU monitoring mission to the shared Armenian-Azerbaijani border, among other agreements (see EDM, October 17). For Moscow, a peace treaty via Western mediation would reconfirm Azerbaijan’s sovereignty over Karabakh and thus eliminate the need for Russia’s peacekeeping mission, which is seen in Moscow as a guarantee of persistent Russian influence in the region (Commonspace.eu, October 15).

At a meeting of the Valdai Discussion Club on October 27, Russian President Vladimir Putin could not conceal his displeasure with the Western-mediated peace talks and initiatives between Yerevan and Baku. Describing the peace treaty draft discussed in the Western-mediated track of negotiations as the “Washington version,” he said, “as far as I understand, [this version] envisages the recognition of the sovereignty of Azerbaijan over Karabakh in general” (News.am, October 27). “If that is what Armenia thinks, then please, we will support whatever the Armenian people choose,” he concluded.

Putin seemingly offered an alternative: “If the Armenian people and leadership think that Karabakh has some peculiarities and that these peculiarities should be taken into account in a future peace agreement, this is also possible.” He admitted that this necessitates an agreement with Azerbaijan, hence it is a complicated issue, and therefore, he indirectly implied that Russia could try and convince Azerbaijan to acquiesce.

This statement, among others, was directed at Armenian society, primarily the Armenian nationalist groups, warning them against Prime Minister Nikol Pashinyan’s policies and the mediation of the West, which would acknowledge Karabakh as part of Azerbaijan. Therefore, it is not surprising that the next day the Armenian premier posted a tweet in Russian declaring that Yerevan had already agreed to the Kremlin’s proposal in early September 2022 (Twitter.com/NikolPashinyan/, October 28). He also declared his readiness to sign a document concerning the extension of the Russian peacekeeping mission for 10 to 20 years, underlining that Armenia has agreed with the Russian perception of a settlement—and not the Western view (Armenpress.am, October 29). He, thus, passed the ball to the Russian side and said he hoped Moscow would retain its proposals.

The Azerbaijani side did not offer an official reaction to Putin’s comments at the Valdai Club. According to Farid Shafiyev, chair of the Center for Analysis of International Relations (AIR Center), a Baku-based think tank close to the government, a peace treaty proposal has not been initiated by Washington: The US merely seconds the EU-mediated peace process with certain diplomatic efforts (Author’s interview, November 1).

The Armenian and Azerbaijani leaders attended the Sochi summit on the heels of these developments. In the bilateral meetings with the Russian president, taking place before their trilateral meeting, the leaders reiterated their respective positions. Azerbaijani President Ilham Aliyev reaffirmed his earlier stance that, for Baku, the Karabakh conflict was resolved in 2020, with nothing left to discuss in this regard (Kremlin.ru, October 31). He underlined that the sides need to focus on the normalization of Armenian-Azerbaijani relations.

In his press conference with Putin prior to their bilateral meeting, Pashinyan focused more on the necessity for the withdrawal of the Azerbaijani Armed Forces from Armenia’s territories and from the Russian peacekeeping mission’s zone of control in Karabakh (Kremlin.ru, October 31). He had, in recent days and for the first time, admitted that the Karabakh region is internationally recognized as part of Azerbaijan. Pashinyan’s government no longer views the settlement over the status of Karabakh region as a priority and is now more focused on the provision of security and maintaining the rights of those Armenians living in Karabakh (News.am, November 29).

As opposed to some expectations for a more tangible breakthrough, the document shared following the leaders’ trilateral meeting did not produce any real change, but rather it reaffirmed the importance of active preparation for a peace treaty (Kremlin.ru, October 31). In a way, this is more favorable to the Azerbaijani side, as the document did not contain any reference to Karabakh and reiterated the Prague summit’s decision regarding the mutual recognition of the territorial integrity delineated in the United Nations Charter and Alma Ata Declaration of 1991. The document did not propose the extension of the peacekeeping mission but instead emphasized “the relevance of its efforts to stabilize the situation … in the zone of its deployment.” It also called for civil society meetings with Russian assistance and the launch of trilateral interparliamentary contacts “to create a positive atmosphere.”

This summit happened before the meeting of the border commissions from both Azerbaijan and Armenia and the next EU-mediated summit between the leaders of the two countries: both are scheduled to be held later this month in Brussels. Thus, the Sochi meeting was Russia’s attempt to make sure that the two countries would not sign anything that would be against Moscow’s regional interests. In truth, the Kremlin’s interference can seriously affect this process, especially considering that both Baku and Yerevan announced they would sign a peace agreement by the end of this year. As of now, it remains uncertain whether the two countries will be able to sign a treaty within this timeframe, and the terms of such an agreement remain quite unclear.