It's time Europe gave the British Foreign, Commonwealth and Development Office a well-deserved victory lap. They might have saved Europe from a weapon they never saw coming - namely Putin's attempts at energy blackmail. 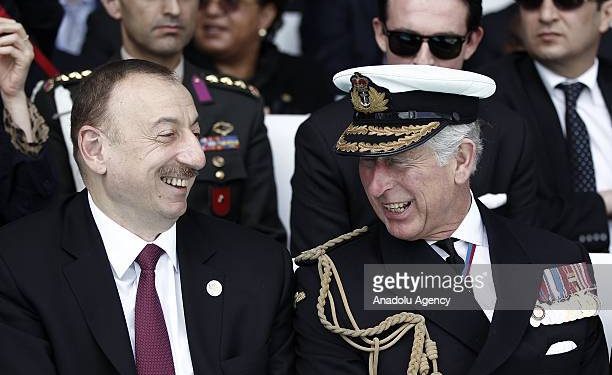 Conceivably his blackmail might have been a war-winning weapon; a big stick with which to beat a Europe addicted to Russian oil and gas into abandoning Ukraine. One problem though: Britain saw it coming and took steps to thwart it. What’s more, we did it 30-years-ago.

This is not the first time this country has had to run to Europe’s rescue. From Wellington to two world wars – even Ken Clarke saving the Euro back in 1993 – something former EU Commission president and Brexit-hater Jean-Claude-Juncker happily acknowledges.

Whether it’s Britain’s historic destiny to regularly save Europe from itself is a subject for debate – but it is certainly in our interests to do so. Letting our own backyard fall to ruin benefits no one, even when at times we think they might deserve it. So, while we left the EU, we can never abandon the continent of Europe.

Putin’s strategy of extortion was based on the idea that as fuel prices rose and the temperature dropped, the governments of our continent would buckle. Thankfully, like the rest of his off-the-shelf terror tactics, it failed.

In September 1994 BP, supported by the UK Government, signed a deal with Azerbaijan billed, with rare foresight, as the contract of the century. Britain realised that Azerbaijan was an energy giant in the making, easily capable of supplying Europe from its vast Caspian Sea fields, but with a crucial difference to the resurgent Russia that Europe was embracing; it wanted to participate with the west rather than resent it.

At the time, Britain stood alone in the decision, in stark contrast to France’s position. Every successive French government for three decades ignored Azerbaijani energy, preferring instead to sponsor Putin’s broken vassal state of Armenia.

Charitably, this was driven by France’s large Armenian diaspora, but predominantly by its fundamental lack of foresight. They’re not new to that. They spent decades keeping their military aloof from NATO rather than fully integrating with it and now find themselves on the back foot when it has become vital.

As early as 1914, Winston Churchill saw the need for a safe and secure source of energy that couldn’t be used to choke us. He said that “only a British-owned Anglo-Persian oil company could protect British interests.”

Azerbaijan is a continuation of that same policy coming to the rescue just when we need it the most. What was missing until now, was a Europe-wide system of interconnected pipelines to link Azerbaijani gas with homes and businesses.

This has now been achieved – and not a moment too soon – with the last stage, the Trans Adriatic Pipeline, completed just last year.

Late to the party, but keen to take credit, the European Union this week signed a deal to double its imports of Azerbaijani gas, representing for many EU nations the first time it has been supplied to them. While the EU smugly applauds this deal, it’s only thanks to Britain that the possibility exists.

Many countries, including Germany and Serbia, have seen their energy supplies devastated by the invasion of Ukraine, but the existence of a reliable alternative is already causing political changes at different ends of the continent.

Germany has finally realised it needs to pivot away from Russia despite the deep and intertwined political, personal, and economic dependencies; Serbia, once a staunch Putin ally, has been freed from its near 100 percent energy dependence on him, and this has seen Belgrade’s rhetoric and orientation change overnight.

So vital is this alternative supply, that this week, secretary general of NATO Jens Stoltenberg claimed that an attack on Europe’s energy infrastructure could warrant the activation of Article Five.

It is hard not to see this as a warning to Putin to keep his hands off the Azerbaijan pipeline. Perhaps the greatest sign that Europe has finally woken up to what Britain has been saying for a generation, is that included among the 40 European nations that met this week to discuss the war in Ukraine was the government of Azerbaijan.

Russia’s energy stranglehold, like its own invasion, is grinding to a halt and the economic consequences will be felt by its people for generations, so this movement is only likely to grow.

Mistakes were made. Europe gave a dictator the power to turn off its heating, but Azerbaijan and Britain have offered Europe a get-out-of-jail card just in time for a desperate winter. Instead of whining about Brexit and trying to put us on our knees, Europe should be thanking us for making it possible.

Nigel Szembel is a senior advisor to City companies and institutions, executive producer of the award-winning film “Hurricane” – the story of the Polish 303 Squadron who helped win the Battle of Britain, and a former officer in the British Army Reserves. His Polish father was forcibly conscripted into the Soviet Red Army during WWII, later released under “amnesty” granted to the Poles by Stalin, before arriving in the UK as part of the Polish Army.