Iran should be friends with Azerbaijan: it would do Tehran a world of good

The truth is that throughout history, our southern neighbor, Iran has, to put it mildly, never really liked Azerbaijan. Meanwhile, Baku has tried to establish friendly and good-neighborly relations not only with Tehran, but also with other neighboring states. 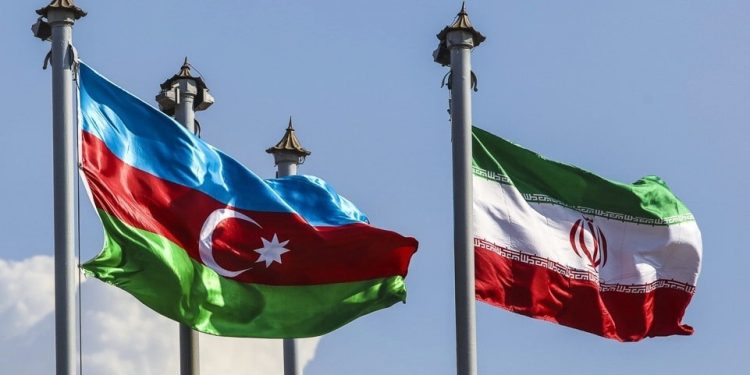 While Iranian politicians and diplomats talked about friendship and brotherhood with Azerbaijan, all the while with fake smiles on their lips, their actions could not be more at odds with their words.

The mullahcratic regime of Iran especially clearly demonstrated its “brotherly” feelings during the first Karabakh war and during the 44-day war. The Muslim Iran, contrary to the canons of Islam, did not take the side of justice and truth, but supported the aggressor Armenia in every possible way.

If we were to get into religion, it would be more logical for Iran to support Muslim Azerbaijan in the fair war against the aggressor. But Tehran prefers to fraternize with Armenia, where even Christian morals are adapted to the ideology of the fascist henchman Garegin Nzhdeh.

However, this is not even about religion, but about the call of the blood of the Persians who detest the whole Turkic world.

However, diplomacy exists, and thus there are occasional meetings and phone conversations between Azerbaijani and Iranian politicians.

Amir-Abdollahian reportedly assured Bayramov that the Islamic Republic of Iran was, as ever, focusing its efforts on resolving disputes between Azerbaijan and Armenia through diplomatic and regional channels.

He highlighted the good Iran-Azerbaijan relations, stating that at the recent meeting in Astana the presidents of the two countries had agreed that the territorial integrity of all countries in the region, including Azerbaijan, must be respected.

“We have also always believed that the presence of foreign forces in the region further complicates disputes, and therefore we are against their presence,” the Iranian foreign minister added.

The Iranian diplomat further reiterated that regional security is a matter of vital importance for all countries in the region, and Iran considers Azerbaijan’s security as its own and is against the deployment of foreign forces in the region as endangering regional peace and stability, and strong regional cooperation.

The ancient Latins used to say, “multum non multa” (“much, but not many”, i.e., quantity, but not quality). The Iranian foreign minister said a lot of words, but in practice this is all a big zero.

We will start with the last part of the Iranian diplomat’s verbiage. Shaking its flabby muscles and rattling its rusty military equipment from the 1970s, Tehran is conducting military drills on the border with Azerbaijan. The Iranians are even working on methods of crossing the Araz. Is this for Azerbaijan’s security? This is a rhetorical question.

But the most important and noteworthy part of the Iranian foreign minister’s statement is the presence of foreign forces in the region.

There is an Azerbaijani saying that can be literally translated as “to wake up only after farting” and politely as “to realize something when it is too late”.

Did Iran have no idea that the 102nd Russian military base had been stationed in Armenia since 1995? For some reason Tehran has kept quiet about this. Or does Russia not count as a foreign country for Iran?

Another example, or rather several examples. Frequent visits of US congressmen to Armenia have invariably remained out of sight of the Iranian “advocates” of stability. What about the EU mission to Armenia?

Yet Tehran continues to make up nonsense about some Israeli military bases in Azerbaijan.

When one ignores the 30-year presence of foreign forces in the region, or more precisely, in Armenia, it is not only silly but also ridiculous to speak out against it.

Indeed, the main staple that unites Persians and Armenians is their unwillingness to face the truth. Today, when Iran, and even more so Armenia, are trying to live in the past, it would be better to take a sober look at the current geopolitical layout.

At a time when Iran faces serious sanctions from the international community for supplying drones to Russia in the latter’s war against Ukraine, Tehran should be friends with Azerbaijan. In deed, not in name…