The Embassy of Azerbaijan in Great Britain was attacked by the radical Shia group Khoddam Al-Mahdi (Mahdi Servants Union). British police forcibly removed the attackers from the building and taken some of them into custody. No embassy personnel were harmed in the incident. 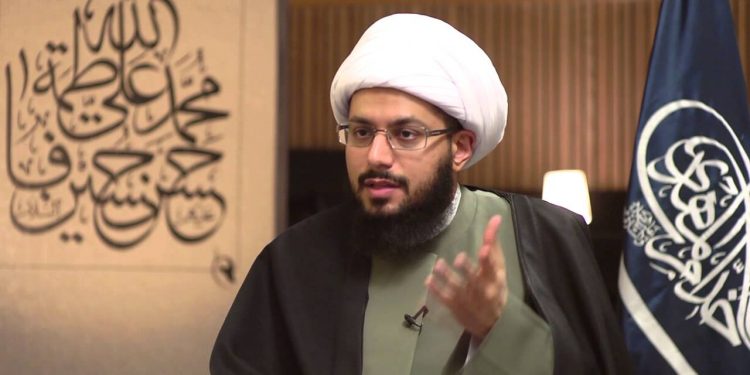 The leader of this “union” is a London-based Shia preacher from Kuwait, Yasser Al-Habib, as much a well-known figure as he is a fringe element in the Shia world. His followers are few and most of them, by a strange coincidence, also live in the UK.

When it comes to his faith, Al-Habib is more Shia than all Shia Muslims, including the most conservative ayatollahs, whom—Khomeini and Khamenei are no exception—he considers hypocrites and even latent enemies of Shi’ism, regularly cursing them in his sermons. He also calls for violence against Sunni Muslims in the Middle East, very specifically urging his flock to kill them all—and dispose of the Shia “hypocrites” while they are at it.

In short, a pretty scary and twisted character. And not much is known about his funding sources. This is not the first time he has attacked an embassy either. In 2018, after the Iranian authorities arrested Hossein Shirazi, son of Iranian Ayatollah Sadiq Shirazi, the man Al-Habib and members of Khoddam Al-Mahdi consider a role model for his purely fundamentalist views, which are strongly criticized in Iran itself, the group invaded the Embassy of Iran in London.

There were no casualties: they took off the Iranian flag and raised their blue ones, then left the building in an orderly fashion and allowed the police to detain them. Most of them got away with fines and short-term administrative arrests. Apparently, the same will happen this time as well.

But why such leniency and tolerance? World practice shows that both the UN and the authorities of other states always react extremely sensitively and strongly to attempts at attacking diplomatic missions.

That was the case when the Saudi embassy in Iran was attacked and when the US and UK diplomatic missions in Syria and other countries were targeted. The response has always been vocal and harsh. But not this time. The British media blatantly ignored the incident with the Azerbaijani embassy. They just pretended that nothing had happened. Now this is very interesting.

The United Kingdom allows them to spread their extremist propaganda largely unhindered. This is why they are getting out of control: they make films that insult Sunni Muslims, they speak out strongly against Iran, and they recruit fighters for Syria. Now they have attacked Azerbaijan, too.

To all perplexed questions as to why they have such impunity, the British authorities offer utterly unconvincing explanations: these groups are allegedly their natural allies in the fight against Sunni extremism, they are all kept in check, and they do not commit any violent acts.

Indeed, British political culture is famous for never putting all its eggs in one basket and for always keeping the opponents of various movements and governments up their sleeve, close at hand. In return, they declare their best intentions from time to time. But their peaceful intentions are only peaceful for a while. Radicals will be radicals, even if they carefully hide their views. They are the sort of snakes you cannot make a deal with that they will only bite your neighbors. Someday they are bound to come back and bite those who shelter, protect and feed them.

The British authorities should take a closer look at what they have tamed. And Baku should demand that Khoddam Al-Mahdi’s recent rampage and Al-Habib’s anti-Azerbaijani rhetoric be adequately addressed by the British police and security agencies.