Russia, which still sees itself as the South Caucasus "curator," does not have enough strength anymore to keep this way in reality. 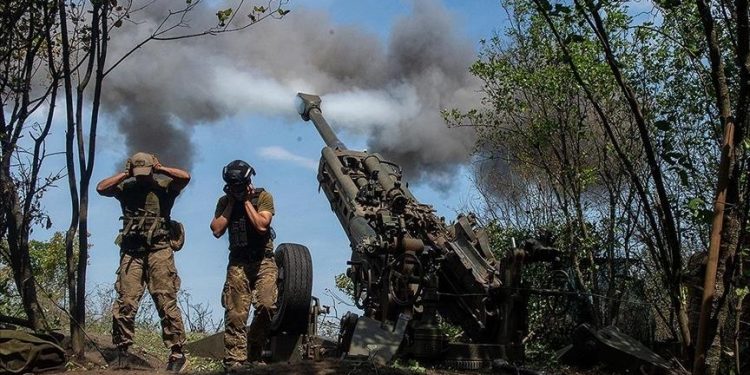 It has become obvious this year since the full-scale war against Ukraine.

Azerbaijan has been taking advantage of Russia’s weakness. Its actions become more aggressive, and its requirements are absolute.

This week has turned into a new armed conflict in Karabakh, the biggest one since 2020 when the war ended.

The tripartite ceasefire agreement between Azerbaijan, Armenia, and Russia, signed in November 2020, did not lead to a real end of the conflict. In 2021 and early 2022, the Azerbaijani and Armenian occasionally clashed in the region, sometimes even using artillery.

According to the Ministry of Defense of Azerbaijan, on the morning of August 3, “Armenian troops targeted its army positions in the district of Lachin.” In Armenia, on the other hand, they note that “Azerbaijani units, having grossly violated the ceasefire, shelled the combat positions of the Defense Army of Nagorno-Karabakh, using mortars, grenade launchers, and UAVs.”

Soon, the Azerbaijani side published a video of the “Bayraktar” attack on Armenian positions. Most importantly, they began to position these actions as part of a large-scale operation called “Revenge.”

As a result, Azerbaijan can now control the Lachin Corridor, a strategically important artery for Karabakh Armenians that connects them with Armenia.

Based on this, Baku has used the opportunity to make a new requirement: Armenia should hand over this route to Baku and instead use another route that has not yet been built. By the way, the construction of a route from Armenia to Nagorno-Karabakh within three years was included in the 2020 agreement.

Russia’s position in the region weakened because it intervened in Ukraine. The aggressor has to look for reinforcements, taking soldiers from wherever possible.

It is getting more and more difficult for these “peacekeepers” to react quickly to conflicts. And Baku is successfully using this.

Thus, the current war in Ukraine creates a “window of opportunity” for Azerbaijan. Baku is unlikely to seek a new full-scale war, but it will not lose a chance to improve its negotiating positions.

On the other hand, for Armenia, the current situation looks almost catastrophic.

Russia has no possibility of returning its troops to the region. It is unlikely they will get one any time soon – they already lost too many.

And that’s not it. The Russian war against Ukraine increases the Kremlin’s dependence on Turkey. Accordingly, the option when Armenia’s interests will be “sacrificed” to the Ukrainian war becomes quite possible.

All this leads to the fact that Armenia is gradually losing its pro-Russianness.