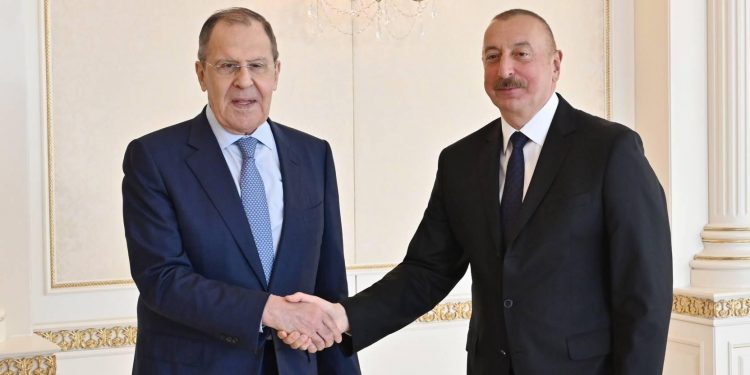 The theses voiced by the head of state in a conversation with the Russian minister once again confirmed that Azerbaijan does not change its positions and points of view, patiently advancing along the path of peaceful dialogue with Armenia. But any phenomenon has a limit, patience too. And Lavrov caught this idea. Meanwhile, he arrived in the Azerbaijani capital with a very definite purpose.

I must say that Ilham Aliyev is in constant contact with Russian President Vladimir Putin, the leaders have a trusting relationship and they discuss and resolve many problematic issues directly. And that is why so often in Lavrov’s speech there are references to the private communication between Aliyev and Putin. Moreover, it seems that Lavrov himself is being carefully instructed on this matter, and demanding the utmost clarity and unambiguous wording so that a clarification call from Baku does not sound.

This time, too, these references were present in Lavrov’s speech, which indicates that President Aliyev, as always, discussed some issues with the leader of Russia in advance, it is possible that with the elaboration of implementation details. This is exactly what happened with the Declaration on Allied Interaction, which the heads of the two states signed in this February.

“And we are determined, on the instructions of the two presidents, to implement this Declaration, to implement it sectorally and other agreements already at a practical level,” Lavrov assured during his visit to Azerbaijan.

In turn, Ilham Aliyev conveyed to Sergei Lavrov the position that official Baku adheres to achieve a peace treaty with Armenia. Without hiding, however, scepticism about the intrigues of the Armenian side, which is once again stalling the negotiations. It was expressed subtly, diplomatically, but weightily. 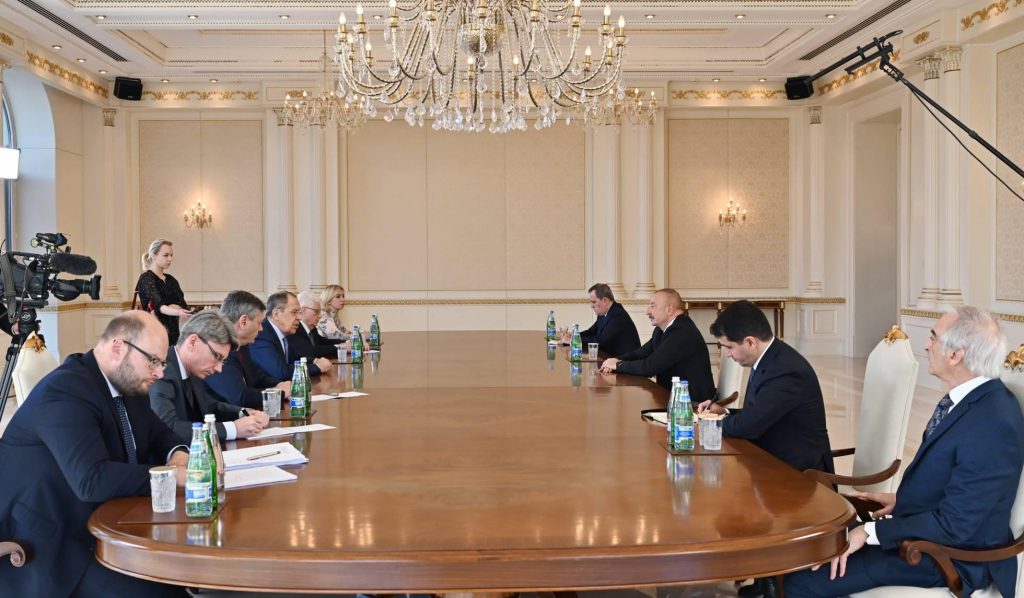 “Our proposal to start work on a peace treaty has so far remained unanswered, but we still hope that this proposal will be positively received,” Ilham Aliyev said, clarifying that Azerbaijan remains patient and optimistic in a complicated situation. However, the phrase “we are still hoping” clearly indicates that Azerbaijan’s waiting limit is not unlimited. And if it is exceeded, other actions can be taken, the conversation will go differently.

It is likely that in the closed part of the conversation, the head of state cited specific destructive statements by the Armenian side, where the motives of revenge and absurdity are again heard. These are, in particular, the last statements of Prime Minister [Nikol] Pashinyan and other figures of the “velvet cabinet” about the “status of Karabakh” and that we should return to the discussion of these issues. Or nostalgic “chants” for the OSCE Minsk Group… Such statements, in principle, are tantamount to curtailing the topic of a peace treaty, and Moscow should be reminded of this. And the constant shelling of Azerbaijani territory from Armenia and the zone of responsibility of Russian peacekeepers in Karabakh further complicates the acceptance of the terms of the proposed Azerbaijani-Armenian agreement.

In parallel, Ilham Aliyev again underlined that Azerbaijan is maximally tuned in to the peace agenda.

“You are aware of our position, which is aimed at establishing long-term peace in the region. I am sure that the efforts that we are making will also be positively received by the Armenian side and an end will be put to the long-term confrontation,” the president said.

Ilham Aliyev also expressed hope for the elimination of disagreements on the issue of unblocking communications, even though the contradictory, sometimes absurd statements of the Armenian side bring confusion and hinder the process. In particular, the latest Armenian “hit” is that Yerevan for some reason does not see the need, moreover, it considers the creation of an autobahn within the Zangazur corridor “unacceptable”. And the very term “corridor” terribly frightens Armenians – in their hallucinogenic fears, they imagine that this is some kind of “corridor” military expansion into the territory of Armenia.

Maybe they are afraid of the appearance of Azerbaijani armoured cars and tanks on this highway? But the provisions of the agreement stipulate that Russian peacekeepers can guard the corridor – Azerbaijan is not against such a binding. So, the next unfriendly gesture of anti-logic can only be explained by the relapse of the Armenian anti-negotiation schizophrenia.

However, Azerbaijan is not a doctor, although it is always ready to be a good partner. But it is not going to wait a hundred years. In this context, the president recalled that “the opening of communications and ensuring unimpeded access of Azerbaijani cargo and citizens through a direct route to the Nakhchivan Autonomous Republic is a legal obligation of the Armenian side”.

It is also noticeable that the Russian Foreign Ministry pays attention to the implementation of the original peace treaty, in particular, to unblocking communications, trying to eliminate those misunderstandings and those discords that the Armenian side periodically sows in the negotiation process.

Therefore, in Baku, Lavrov touched on this very moment in a conversation with the president, and certain progress is being made. “And it seems to me that we have a common understanding of how to solve the problem of organising car traffic most comfortably, so as not to create any artificial obstacles. Russia will assist this work until results are achieved,” the Russian foreign minister promised. Well – let’s wait and see.

Meanwhile, there is no doubt that the main purpose of Lavrov’s visit was “to check the clock with Baku” before the Caspian Five summit starts in Ashgabat. For Russia, this meeting is now extremely important, since, in the conditions of the sanctions “bulldozer” on land, the Caspian Sea can become a salutary sea route for the transit of goods. Especially if someone again decides to freeze their movement through their territory, as, for example, Kazakhstan and Lithuania did. At the same time, Iran is the only state that has not yet ratified the Convention on the Legal Status of the Caspian Sea, and Russia needs to solve this problem as soon as possible. Otherwise, many agreements will be meaningless. And Baku’s position here is more significant than ever.

So the expert community assumes that the parties in Ashgabat will discuss in great detail the topic of maritime communication, including maritime tourism. It is even possible to adopt a separate convention of the Caspian countries on this topic.

Azerbaijan is an important geopolitical player in the Caspian and may well push through a certain consensus for Russia on certain topics of discussion in Ashgabat. Moreover, the topics of gas cooperation in the Caspian will certainly be raised – both with Iran, and the joint exploitation of the Dostlug field by Azerbaijan and Turkmenistan. And here cooperation with Baku is also necessary for Moscow like water. So Lavrov came to Baku to “score arrows” on this score as well.