Colonel General Karim Valiyev, First Deputy Defense Minister and Chief of the General Staff of the Azerbaijani Armed Forces, inspected the combat readiness of the military units stationed in Kalbajar District, the Ministry of Defense reports. 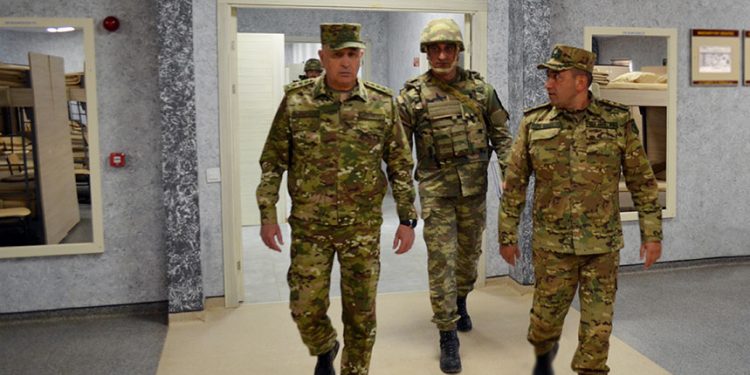 The Chief of General Staff examined the organization of military service and combat duty, as well as the social conditions of the military personnel.

К. Valiyev met with the personnel on combat duty in the Kalbajar area of the state border, asked them about their problems, awarded prizes to the soldiers who had distinguished themselves and wished them success in their future service.

The Chief of General Staff then met with the command staff of the military unit. Colonel General Valiyev briefed the participants of the meeting on the objectives set before the Azerbaijani Army by the Supreme Commander-in-Chief. Instructions of the Minister of Defense were conveyed to the relevant personnel in order to further improve the combat efficiency of the units in line with modern methods of combined arms operations, to conduct exercises in real combat conditions for the effective use of weapons and military equipment.