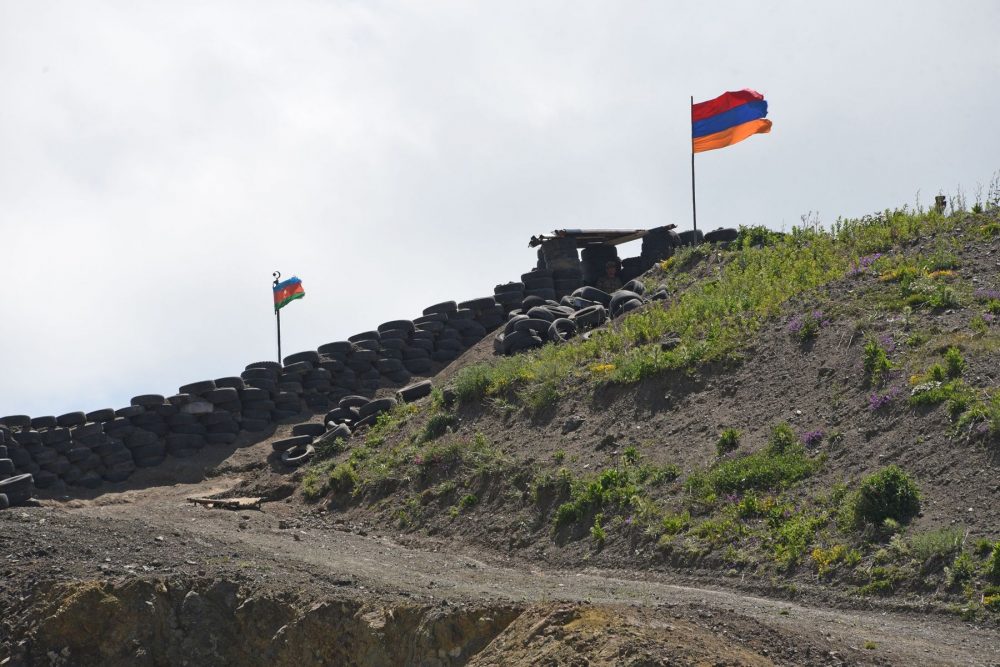 Since the early 1990s, what started as a “hot war” transformed into a long-lasting “frozen conflict” over Armenia’s occupation of Azerbaijani territory in the Karabakh region. In 2020, the situation boiled over and the second Karabakh war left Azerbaijan victorious, Armenia defeated, and Russia with a peacekeeping role in the region.

Since that war ended in November 2020, relations between the two countries have remained tense but armed conflict has been a rare occurrence. Several rounds of peace talks have taken place, mainly led by Russia, and to a lesser extent by the EU and the US.

However, nothing meaningful has come out of these talks. Details of the current situation remain unclear. Predictably, both sides accuse the other of starting the fighting. According to official statements, more than a hundred soldiers from both sides have been killed and many more wounded. Images and videos released by Azerbaijan show Armenian equipment being destroyed. Armenia is now locked in a political crisis over the government’s response to the fighting.

Far from being a localized skirmish in a faraway corner of the world, this recent round of fighting in the South Caucasus should ring alarm bells for policymakers around the globe. There are three notable observations to be made about the situation.

First, the renewed fighting between Armenia and Azerbaijan comes at a time when Russia, one of the traditional powerbrokers in the region, is distracted by events in Ukraine. As a member of the Collective Security Treaty Organization, the Russian-led security alliance, this should be of particular concern to Armenia. Although Armenian politicians have been calling for the CSTO and Russia to get involved in the fighting, Moscow has remained silent on the issue.

The underlying cause of the recent fighting is Russia’s inability, or at least unwillingness, to enforce the terms of its own November 2020 ceasefire agreement that brought an end to the second Karabakh war, specifically, the sections of the 2020 agreement that call for the total withdrawal of Armenian soldiers from Karabakh and the establishment of a transit corridor through Armenian territory between Azerbaijan proper and its Nakhichevan exclave. Meanwhile, Azerbaijan has fully implemented its obligations in the agreement. Clearly, Baku is becoming increasingly frustrated by this lack of progress and Russia has shown no desire to address the issue.

Second, the renewed fighting comes at a bad time for Iran. Up until the second Karabakh war, Iran had enjoyed a cozy status quo with Armenia on its northern border. While on the surface relations between Baku and Tehran have been cordial, below the surface relations are tense. In the past 18 months Iran has made threatening comments toward Azerbaijan. Iran has even conducted large-scale military exercises along its northern border — something that was unheard of in the past. But with the Iranian economy in trouble and with a deal coming out of the nuclear talks in Vienna looking less likely, instability and fighting are the last thing Iran needs on its northern frontier.

Finally, this recent bout of fighting shows that Europe and the US should get more involved in bringing both sides to the negotiating table for a lasting peace. This is especially true as Russia’s influence declines. Over the summer, the EU agreed to a new gas deal with Azerbaijan that would help alleviate some of the energy dependency on Russia. The key pipelines that transport this energy to Europe run dangerously close to where the fighting has been taking place. If another major war breaks out between Armenia and Azerbaijan, Europe’s energy security could be put at further risk.

For too long Armenia has depended on the support and protection of Russia. On top of this, Armenia has relied on Tehran for economic and diplomatic support in the region. It is becoming increasingly clear however that neither can be trusted partners. It would benefit the region greatly if Armenia and Azerbaijan could agree to a long-lasting peace plan that recognized each other’s national borders and respected each other’s national sovereignty.

Sitting between the Black Sea and the Caspian Sea, the region is of great geo-political importance. It is hard to imagine how many billions of dollars in foreign direct investment have been denied to the region over the years because of this frozen conflict. If both sides could find peace, the opportunities for regional cooperation, trade and economic development would be endless. This would make the South Caucasus more stable, secure and prosperous. Most importantly, it would reduce the malign influence of outside actors in the region.

So, while the world is focused on the fighting in eastern Ukraine, the Iran talks in Vienna or China’s threats to Taiwan, it should not ignore the South Caucasus. In the big geo-political picture, all of these challenges are connected in some way.

Luke Coffey is a senior fellow at the Hudson Institute.