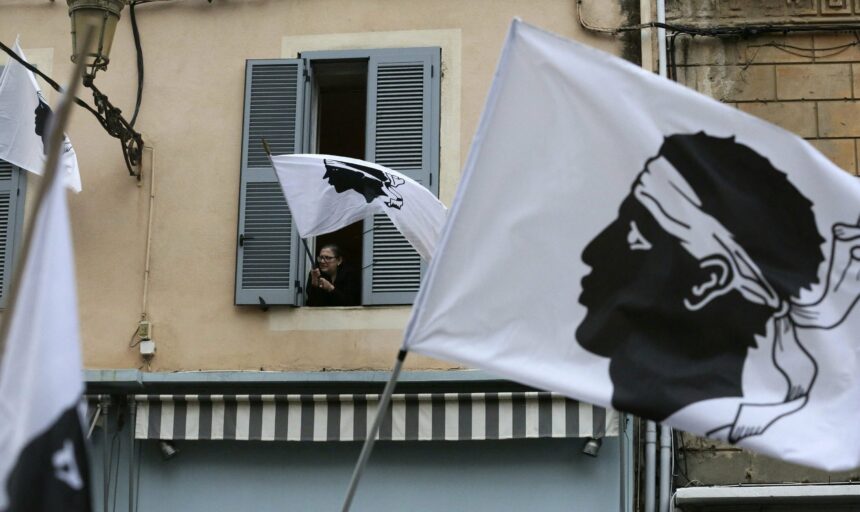 A woman waves from her window a Coriscan flag on March 13, 2022, during a rally in support to Corsican nationalist figure Yvan Colonna a week after he was attacked in prison in Arles. (AFP Photo)

The birthplace of Napoleon, the man who made France an empire, is still unable to gain independence

The island of Corsica, birthplace of Napoleon, a man loved for his courage and hated for his despotism, a man who during his lifetime pioneered the establishment of institutions and reforms that France and even Europe still enjoy today, the establishment of the Bank of France, the Legion of Honor and the Imperial University, the Bachelor’s degree, and the development of the Civil Code that generalizes the application of laws throughout France, is struggling for its independence to this day.

Napoleon, who launched various initiatives for the good of France, won one victory after another, and his sphere of influence extended beyond Gaul. The empire created by the Bonaparte family in the early nineteenth century already consisted of 130 administrative departments in Europe. 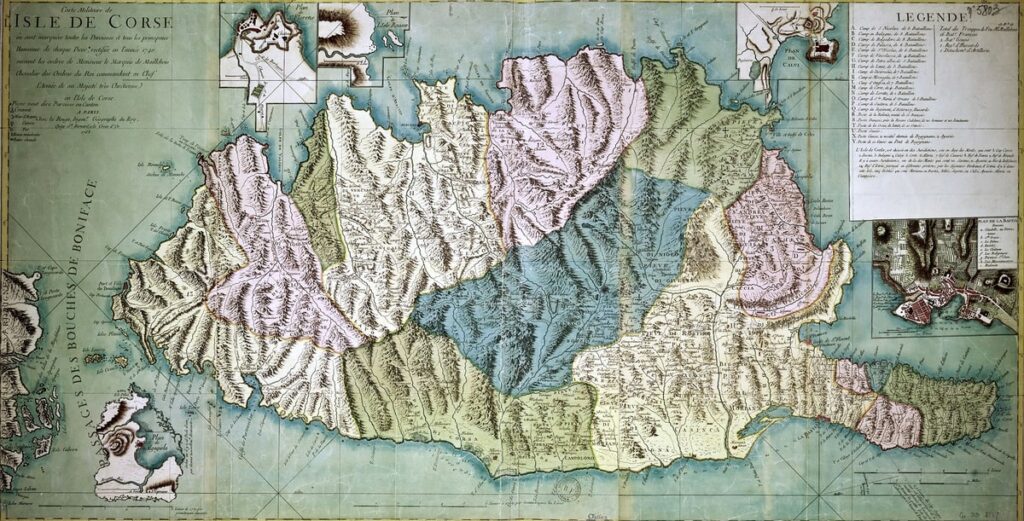 The population of Corsica, called the “Island of Beauty”, rebelled in 1729 to end 4 century-long dependence on Genoa, and declared their independence in 1735. Genoa attempted to recapture the island with the support of France. The defeated rebels tried to regain their independence under the leadership of Pasquale Paoli, proclaimed the General of the People, in 1755. The same year marked the adoption of the Constitution of Corsica, often considered the first democratic constitution in modern history. It separates executive, legislative and judicial powers and establishes universal suffrage for all heads of households, including women.

By the Treaty of Versailles of May 15, 1768, tired of war, Genoa “temporarily” ceded its rights to Corsica, which it no longer de facto controlled, to Louis XV’s France, thus extending the island’s road to independence. The King of France refused to recognize the independence of the Corsican Republic and announced the unification of the island with France. In 1769, Pasquale Paoli’s troops were defeated and he fled to Great Britain. As a result, Corsica came under French control.

In 1790 the French revolutionaries called Pasquale Paoli back to appoint him commander of the island. Concerned by the discord and terror of the National Convention (the political regime in France from September 1792 to 1795), Paoli negotiated the establishment of the Corsican Kingdom under the aegis of Great Britain in 1794. In 1796 the “Island of Beauty” became part of France. Pasquale Paoli and his Constitution have gone down in history as a symbol of Corsica’s independence. Napoleon Bonaparte, born in Ajaccio in 1769, became emperor of France in 1804.

Corsica under unemployment and economic hardship in the 20th century

Over the 20th century, Corsica lost half of its population to unemployment and economic hardship. Several settlements were built on the island because of tourists, and real estate prices were rising. In 1957, a major plan of action was launched to revive the economy of Corsica. In 1957 Corsica became the poorest department of France. 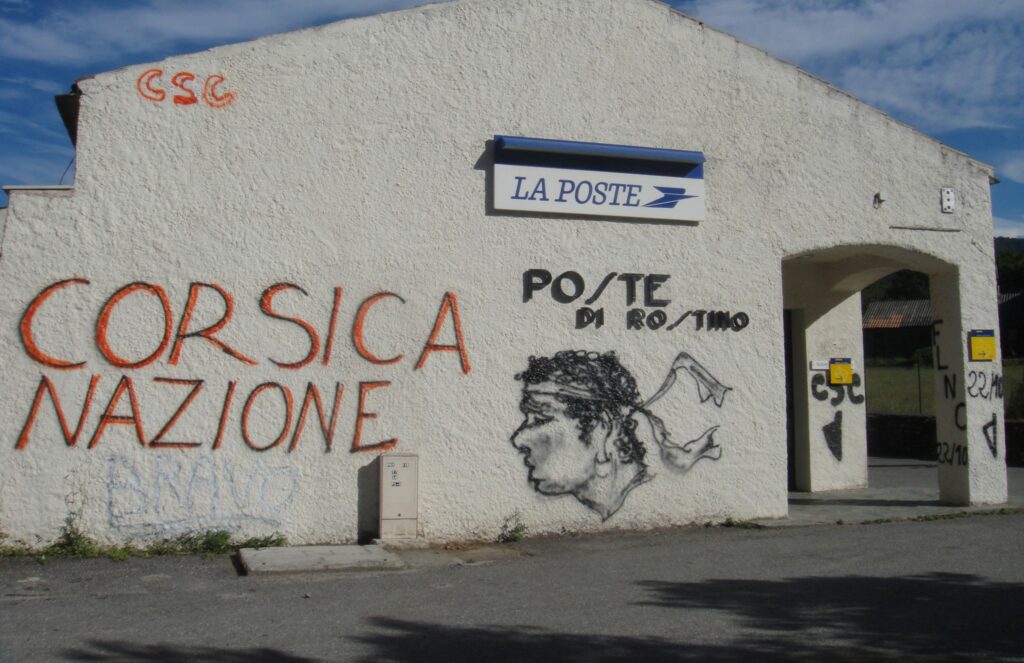 However, tens of thousands of so-called “black-feet” Frenchmen (Pied-Noir) immigrated to the island after and before the independence of Algeria. They immediately settled in the Corsican countryside and took over 90 percent of the cropland. This began the Corsican protest movement. The isolation of the island accelerated the radicalization of demands. Demands such as a shift from regionalism to autonomy were made to achieve independence.

On August 21-22, 1975, about twelve Corsican Regionalist Action (ARC) fighters seized a Pied-Noirs-owned wine cellar in Aleria in protest against the fraud in the wine sector and the conditions of immigrant settlement.

The split between supporters of independence and autonomy of Corsica

In the 1990s a split occurred between supporters of independence and autonomy of Corsica. As a result, two main factions emerged: the pro-independence National Liberation Front of Corsica (FLNC Canal-Historique) and the pro-autonomy (FLNC Canal). Politically, independence is self-government and sovereignty, while autonomy is the possibility to benefit from special laws.

In February 1998, the prefect of Corsica Claude Érignac was murdered in the streets of Ajaccio. It is believed that he was shot by Yvan Colonna, a shepherd, and a small group of separatists close to the FLNC hoping to renew the struggle. Yvan Colonna, who went into hiding, was arrested in 2003. Alain Ferrandi, Pierre Alessandri and Yvan Colonna were sentenced to life imprisonment.

In a 2014 press release, the FLNC announced the cessation of armed struggle. The tensions subsided. On December 13, 2015, the nationalist party Pè a Corsica (For Corsica), an alliance of autonomists and separatists, won the second round of territorial elections with over 35 percent of the vote. In 2017, the coalition was re-elected in the second round with an overwhelming majority (56 percent), dominating in the Assembly of Corsica. This victory offered a dialogue toward autonomy in addition to the new status of the “Corsican collectivity”.

However, in 2022 the incarcerated Yvan Colonna was attacked by a fellow inmate and died 2 weeks later, and the situation on the “Island of Beauty” escalated again. Protests and demands for independence are back on the agenda. Different opinions are being voiced about the death of Yvan Colonna. Yvan Colonna, who held the status of a “special prisoner”, was supposed to be under special supervision at all times and an attack on him should not have been possible.

Young Corsicans responded particularly strongly to this development by not attending colleges, high schools, and universities. Clashes with the police ensued. Yvan Colonna became the modern embodiment of the myth of honor, a guerilla fighter hidden by supporters of independence and traditionally living in solidarity with the population. Minister of the Interior Gérald Darmanin, who visited the island to appease the situation, said that France was ready to grant the island autonomy. However, time will tell whether the promise made on the eve of the presidential elections was a campaign pledge or a promise of dialogue.

There are tree investigations into Yvan Colonna’s death: a judicial investigation, a prison administration report revealing irregularities, and a parliamentary one.

But after the request for a semi-freedom measure for Pierre Alessandri, member of the Érignac commando, was rejected, Corsica-Paris relations were plunged back into darkness. Corsican elected officials leave the negotiating table.

The Court of Appeals for the Application of Anti-Terrorism Sentences will deliver its verdict on January 31. It is reported that Gérald Darmanin will have to finally return to Corsica after January 31 to resume the process after two consecutive cancellations.

The Island of Beauty is burning with the desire of independence…