External influences on the political system of Azerbaijan in the ADR era: the oil factor 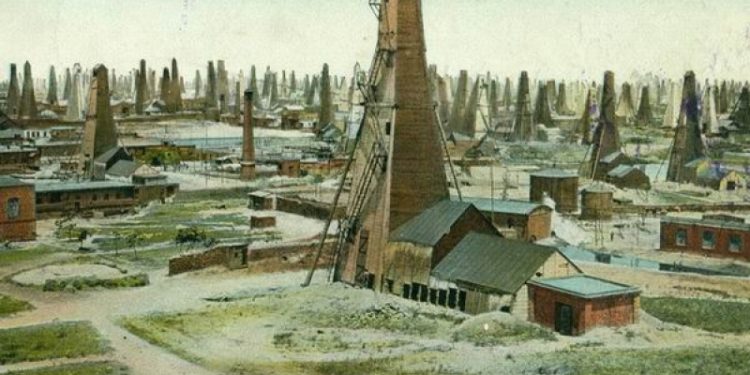 The “Declaration of Independence” of May 28, 1918, which proclaimed the establishment of an independent state in Azerbaijan, stated that Azerbaijan was the first democratic, parliamentary republic in the Turkic and Muslim world, and in the entire East in general. 97,300 km2 of the territory of Azerbaijan were undisputed, and 16,600 km2 were disputed with Armenia and Georgia (Mahmudov, 2004, p. 12).

The Azerbaijan Democratic Republic intended to establish friendly relations with all nations and states and guaranteed the political and civil rights of all people living within its borders, regardless of ethnic origin, religion, class or race. Prior to the establishment of the Parliament, the country was to be governed by a universally elected National Council and a provisional government accountable to this Council (Declaration of Independence, 1918). M.A. Rasulzade was appointed the chairman of the National Council, Hasan bey Aghayev his deputy, and Mustafa Mahmudov the secretary general. Fatali Khan Khoyski led the 9-member Council of Ministers established on May 28.

As we can see, the Musavat members, who established the republic, played a key role in the first government, but representatives of other parties were also included. However, after the arrival of the Ottoman-Azerbaijani joint military forces called the “Islamic Army of the Caucasus” and led by Nuri Pasha in Ganja in May 1918, Nuri Pasha began to interfere in the internal affairs of Azerbaijan. By his order, the Socialist representatives in the Council of Ministers of Azerbaijan were removed from office, and the nationalist ministers who were not pro-Ottoman were threatened with dismissal (Pipes, 1964, p. 205). Besides, one third of the 18,000-strong Islamic Army of the Caucasus consisted of the units of the 5th Infantry Division of the Ottoman Empire, and the rest of it was composed of the members of the Muslim Corps led by Ali Agha Shikhlinski (Swietochowski, 1985, p. 130). This corps became the basis for the Azerbaijani Special Corps formed on June 26, 1918, which went down in history as the day of the establishment of the first national regular army (June 26 is now celebrated as the Day of the Armed Forces of Azerbaijan). 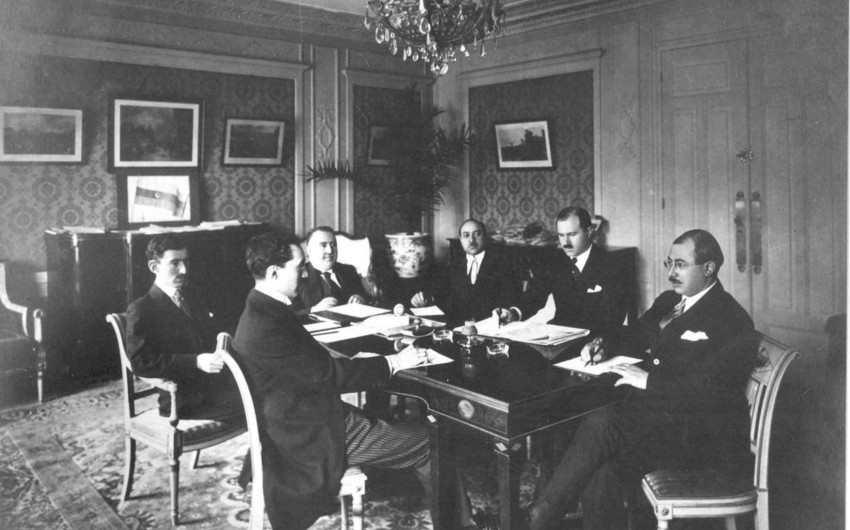 No wonder that only four from the above list of ministers had posts in the second government, which existed from June 17 to December 7, 1918. Interestingly, the office of Minister of Defense was eliminated in the second government, and Kh. Sultanov was appointed Minister of Agriculture. It was after the Ottoman Army left Azerbaijan that the office of Commissioner for Military Affairs was established, then the office of Minister of Defense (in the 3rd government cabinet) was restored, and Samad bey Mehmandarov held this post until the fall of the Azerbaijan Democratic Republic (Naghiyeva, 2008, p. 10). Shikhlinski was appointed Mehmandarov’s deputy. On April 28, 1920, the day after the ADR government surrendered to the Soviet government, the People’s Commissar for Military and Naval Affairs of the Azerbaijan SSR came to Shikhlinski and offered him the post of his deputy, on the condition that Shikhlinski would take off his ADR shoulder boards. After Shikhlinski’s response, he did not get the post of Deputy Commissar for Military Affairs, but was appointed military leader as one of the founders of the Azerbaijani army (Shikhlinski, 1984, p. 176).

After the Ottoman army was defeated in World War I and left the Caucasus and Azerbaijan under the terms of the Armistice of Mudros signed on October 30, 1918, the British army entered the country for the second time in November 1918. It was under the British pressure that the composition of the 3rd and 4th government cabinets became more diverse, with not only non-Musavatists but even non-Muslim ministers being appointed. For example, in the 3rd Cabinet (December 26, 1918 – March 14, 1919), the Minister of Finance (I. Protasov), the Minister of Justice (T. Makinski), the Minister of Public Health (Y. Gindes), and the Minister of Food Provisions (K. Lisgar) were non-Muslims. In the 4th cabinet (March 14 – December 22, 1919), along with other non-Muslim ministers, there was even a minister without portfolio of Armenian origin (Kh. Amaspyur from the Dashnaktsutyun party).

Apart from the Turkic-Muslim faction (80 members), there were 10 other factions in the Parliament, which was opened on December 7, 1918 during the second British campaign in Azerbaijan: mainly Armenians (21 members), Russians (10), Germans, Jews, Georgians, Poles (1 each), Baku Trade Union (3), Baku Oil Industrialists Council and Trade and Industry Union (2). Although the flag of Azerbaijan was the same as the Ottoman flag (red field, white crescent and star in the center) during the Ottoman army’s stay in Azerbaijan, a tricolor with white crescent and star was adopted as the national flag (November 9, 1918) after the arrival of the British. It also symbolized the severance of Azerbaijan’s ties with the Ottomans.

The 5th (and last) government cabinet (December 24, 1919 – April 1920) formed two months after the demonstrations against the British troops in Baku on June 13, 1919, i.e. after the British left Azerbaijan for the second time on August 24, 1919, was composed of only Muslim ministers from various parties (Musavat, Independent, Ahrar, Ittihad, Socialist). Thus, we can say that the composition of the governments of Azerbaijan in different periods was directly influenced by foreign forces that operated here.

Besides, the views of the Ottoman Turks and the British on the Turk/Tatar-Armenian national conflict could not be more different. The Ottomans unequivocally supported the territorial integrity of Azerbaijan, the rule of the Azerbaijanis in the disputed territories of Karabakh, Zangezur and Nakhchivan, rendering comprehensive assistance to this end, whereas the British pursued a double policy. It was under pressure from the British, in particular from General Thomson, that the Dashnaks were initially placated and Khosrov bey Sultanov (former Minister of Defense) was appointed governor of Karabakh and Zangezur, but later General Thomson and other British officials made the following statement at a meeting with the local Armenians to appease them.

Later, with the indirect assistance of the British, the Armenian Council of Karabakh was able to expand its activities and take control of the region, and even the issue of passing Nakhchivan to the Armenian control was raised repeatedly since April 1919. In May of that year, the Dashnaks appeared in the area with the British support. This situation lasted until the British troops were withdrawn from Azerbaijan between June and August 1919, after which the Azerbaijani army regained control over these territories, and the Armenian Council of Karabakh and Zangezur (7th Congress) was forced to adopt the following resolution on August 15, 1919.

“The mountainous part of Karabakh inhabited by Armenians considers itself to be within the borders of the Republic of Azerbaijan until the settlement of this issue at the Peace Conference.” (Mikaelyan, 1992, p. 323)

The Armenians, who had been active in European countries since the 1870s, had already gained influence in British foreign policy in the 1880s. In 1885, the Armenian Patriotic Committee was established in London. This committee coordinated both propaganda and organizational work. The Haiasdan newspaper was also published in London. Two British governments were under pressure from Parliament in 1886 to take the Armenian issue more seriously. This showed that the local Armenians had been able to establish a mechanism of influence in the British Parliament. However, while the Gladstone government shaped its foreign policy in line with these pressures in 1886, Salisbury (first ministry in 1886-1892), who succeeded him later (in July of that year), pursued a more cautious policy, putting English interests above Armenian ones. For example, the destruction of the Ottoman Empire by Russia, another regional power, and the latter’s advance in the region to the point of interfering in its internal affairs was unacceptable to Britain. After Russia, who was at war with the Ottoman Empire in 1877-1878, entered Istanbul under the pretext of the Turkish-Armenian massacre in 1877, the European states began to increase pressure on it. In exchange for withdrawing from the Ottoman lands, Russia put forward in Article 16 of the Treaty of San Stefano the implementation of reforms on the self-government of Christian citizens in the eastern provinces. However, as a result of the British pressure, Russia was forced to leave the Ottoman lands unconditionally under the Treaty of Berlin of July 13, 1878. This disappointed the Armenians. It is true that the new treaty also included certain reforms in the Ottoman treatment of Christian citizens, but it did not give the Armenians any right to self-government (Zeidner, 1976, p. 473). However, Salisbury changed his policy during his second term as Prime Minister (1895-1902) and began to display anti-Ottoman attitudes using Abdul Hamid’s reluctance to implement the reforms as an excuse. So much so that in 1896, Salisbury called on the great powers to attack the Ottomans and partition the empire under the pretext of defending the Armenians. However, in the end, this policy of his was not implemented at that time (Rayburn, 2002, pp. 20-21). 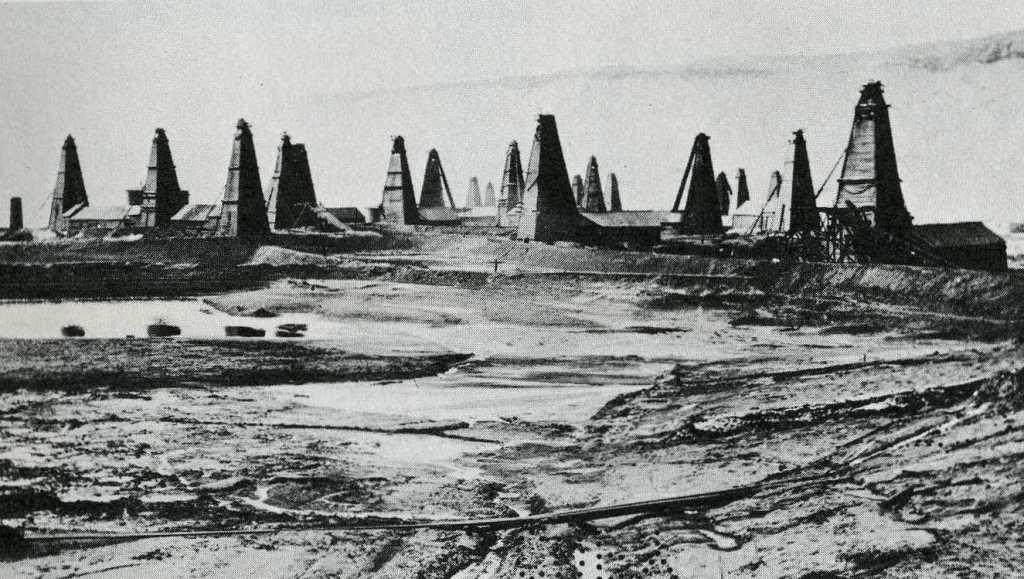 Apparently, the great powers supported the Armenians to the extent of their own interests, that is, if their interests required it, they would abandon the Armenians when they needed them. The reason was that the Armenians were regarded as an object and not an actor of international politics. They were even part of the great powers’ Near East policy. Therefore, the British, who had energy interests in the Caucasus, openly supported the territorial integrity of Azerbaijan in 1918-1920, and their assistance to the Armenians was only covert. For example, after the Turkish army left Baku and the British army led by General Thomson entered the city, an organization called the British Oil Administration was established. This organization dealt a great blow to the country’s economy by taking 114 million rubles’ (in that time’s prices) worth of oil out of Azerbaijan via the Anzali and Batumi roads. The British did not allow Azerbaijan to establish a military formation on the Caspian coast; many military facilities were looted by the British. They controlled the Baku-Batumi oil pipeline, thereby controlling the sale of Azerbaijani oil abroad, and even controlled the entry of oil companies from other countries. For example, Western companies held a meeting in Paris on the establishment of a consortium to develop Azerbaijani oil fields and wanted to invite Prime Minister Fatali Khan Khoyski (Gökçe, 2014, p. 943), but with Standard Oil offering $3 million, 11 sites previously belonging to the Nobels was sold to the US company without Khoyski’s involvement. However, under pressure from the British (due to the competition between British and American companies), this agreement was annulled (Gökay, 2001, p. 8).

After the British troops were withdrawn from Azerbaijan in 1919, the Azerbaijani government tried to take certain actions to revive the oil sector, but it did not work and there was no time for it because of the Soviet occupation. The ADR government could control only one third of the country’s oil reserves. The rest was in the hands of foreign companies (Mehdiyev, 2000, p. 28). However, thanks to oil revenues, the first national state of Azerbaijan was able to build an army. For example, 20 cannons, 100 machine guns, 9 planes and 15,000 rifles were sent to Azerbaijan in exchange for the oil sold to Denikin, who fought against the Red Army. Thus, in general, oil revenues allowed Azerbaijan to get 2 artillery rifle battalions, 1 artillery unit, 3 armored trains, 5 aircraft, 6 heavy armored battalions (Mustafazade, 2006, p. 68).

After the establishment of the Soviet rule in Azerbaijan, the oil sector was taken from individuals and companies and nationalized. During the Soviet era, Azerbaijan’s political system was formed under the direct influence of the Russian center.

Declaration of Independence of the Azerbaijan Democratic Republic. (1918). 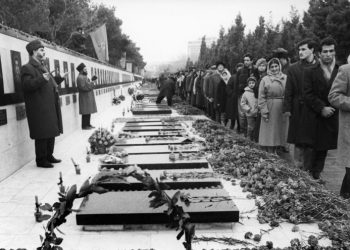 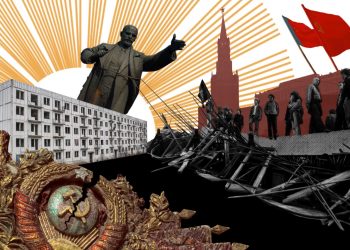 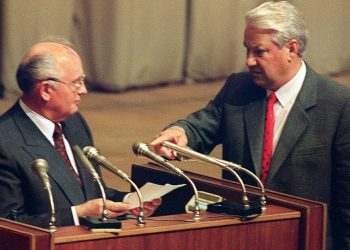 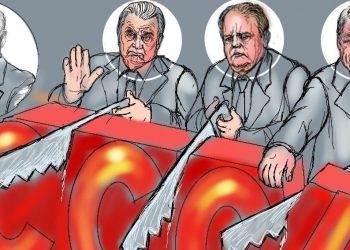 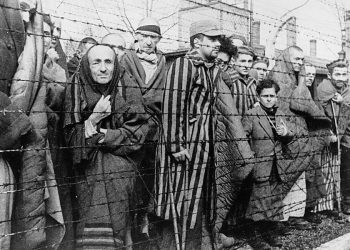 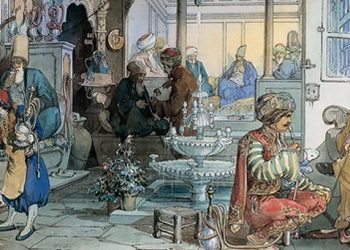 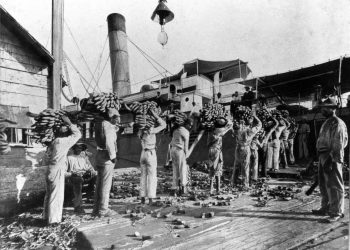 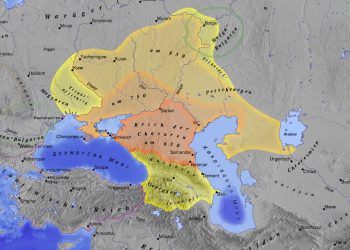