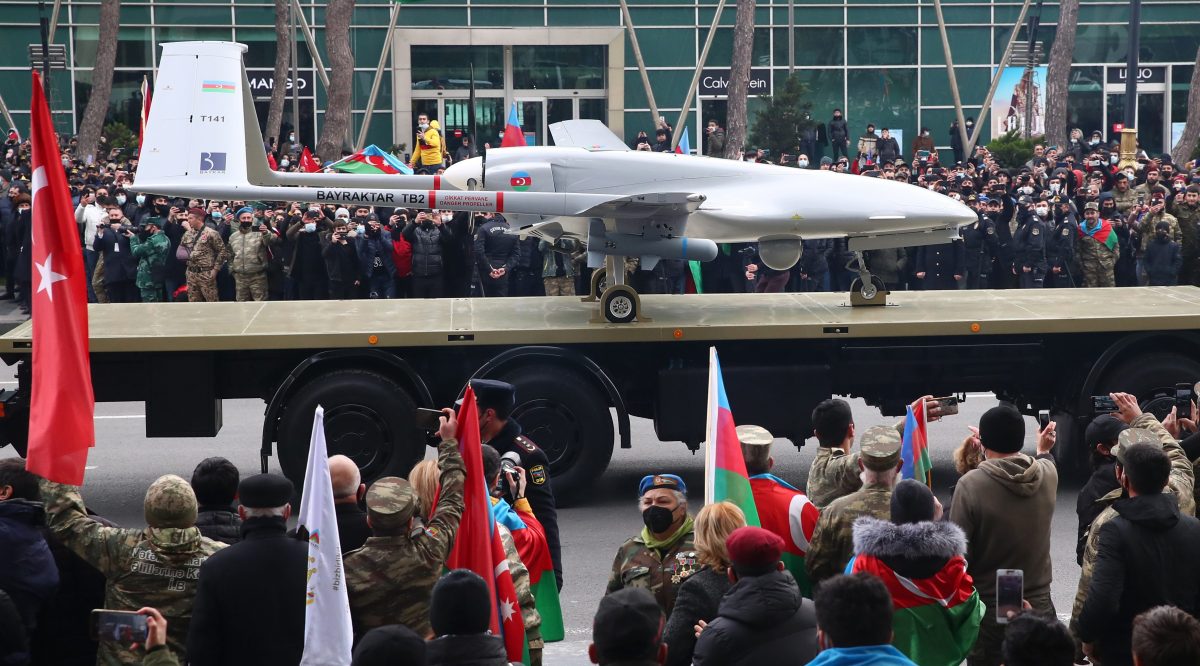 That Turkish-made unmanned combat aerial vehicles (UCAVs) and Israeli-designed loitering munitions enabled Azerbaijan its striking victory during the 2020 Nagorno-Karabakh War is well established. Less well known is that in addition to Bayraktar TB2 UCAVs and Israeli-designed loitering munitions, Azerbaijan operates a large fleet of Israeli-made surveillance UAVs that by the virtue of their capabilities rank amongst the most advanced in the world. The synergy between this extensive arsenal of UAVs, loitering munitions and UCAVs has meanwhile propelled Azerbaijan to the world’s top in terms of unmanned aerial capabilities.

The sudden change in the scope of warfare Azerbaijan’s drone arsenal rise brought to the skies over Nagorno-Karabakh would be a shock to those caught up in it. Modern Russian surface-to-air missile (SAM) systems like the Tor-M2KM and electronic warfare (EW) systems such as the Repellent-1 and Avtobaza-M proved entirely incapable of hindering the operations of drones, especially when used in conjuction with friendly EW and electronic support measures. Azerbaijan managed to fully capitalize on their inefficiency, resulting in the visually confirmed destruction of 567 ground targets by Bayraktar TB2s and 74 more by loitering munitions in 44 days of conflict. [1] [2]

As well as purchasing the actual UAVs, Azerbaijan has also invested in advanced surveillance payloads and the necessary infrastructure for the drones’ effective operations. In the mid-2010s Azerbaijan opened its first air base dedicated to the operation of drones near the capital Baku. The country’s military has also been a pioneer in the use of UAVs as bait in order to reveal the location of enemy air defence systems. [3] For this purpose, it converted large numbers of An-2s to UAVs. Other An-2s were converted to UCAVs armed with four unguided bombs. [4] These and most other Azerbaijani UAVs have entered service with the State Border Service, while the air force operates the TB2. 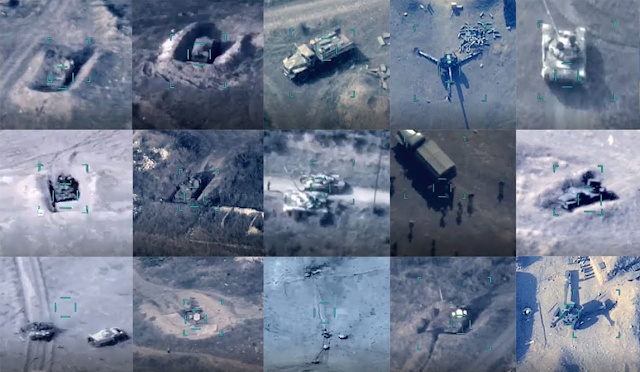 Aspirations to produce UAVs have not been limited to the conversion of An-2s alone. A joint venture (Azad Systems) concluded between Azerbaijan and Israeli UAV manufacturer Aeronautics in 2009 has so far led to the assembly and production of Aerostar, Orbiter 2, and Orbiter 3 reconnaissance UAVs and Orbiter 1K loitering munitions in Azerbaijan. [5] Azad Systems reportedly reached a localization level of 30% in the production of these drones. [6] A local technology base for the design of UAVs is meanwhile also taking off, and Azerbaijani efforts in this field are likely to receive a significant boon when the Turkish Teknofest technology festival will be held in Azerbaijan in 2022. [7] [8]

Even as Nagorno-Karabakh is now back under Azerbaijani control, further investments in the country’s drone arsenal are unlikely to slow down. The country is well positioned as a future operator of the Bayraktar Akıncı, which brings with it a number of new capabilities currently not present in the inventory of the Azerbaijani Armed Forces. This includes numerous long-range air-to-ground munitions and no less than three types of air-to-air missiles (AAMs). [9] The Azerbaijani Air Force already operates the SOM-B1 cruise missile with a range of 250km+, which will be the pièce de résistance of the Akıncı as well. The outlook for the coming years seems bright.

[1] The Conqueror of Karabakh: The Bayraktar TB2 https://www.oryxspioenkop.com/2021/09/the-conqueror-of-karabakh-bayraktar-tb2.html

[2] The Fight For Nagorno-Karabakh: Documenting Losses On The Sides Of Armenia And Azerbaijan https://www.oryxspioenkop.com/2020/09/the-fight-for-nagorno-karabakh.html

[9] Arsenal of the Future: The Akıncı And Its Loadout https://www.oryxspioenkop.com/2021/06/arsenal-of-future-aknc-and-its-loadout.html