The flare-up of hostilities last year in the so-called "frozen conflict" in Nagorno-Karabakh ended in a swift and decisive victory for Azerbaijan's forces. 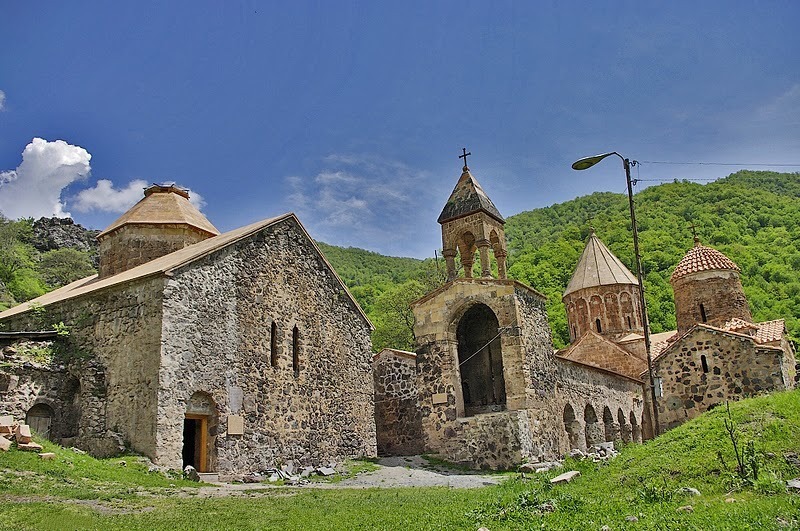 However, a statement by the country’s Ministry of Foreign Affairs has highlighted the shocking scope of the vandalism and desecration of hundreds of important historic monuments and artefacts carried out during the occupation by Armenia’s military forces.

The statement, released on April 18th – celebrated since 1982 as the International Day for Monuments and Sites – identified more than 400 monuments that have been destroyed in the recently liberated territories.

Cultural and religious property belonging to Azerbaijan has been looted, desecrated, altered and illegally exported to Armenia. 22 museums and museum branches with over 100,000 artifacts in the liberated territories have been destroyed.

Artefacts and ancient manuscripts of 13th century Khudavang monastery situated in Kalbajar district, as well as precious artifacts found during illegal archaeological excavations near Shahbulag fortress of Aghdam district were illegally transported to Armenia. Besides that, illegal excavations have been conducted in Azikh cave in Azikh village of Khojavand region. All of these actions constitute to a gross violation of international humanitarian law, including the UNESCO standard setting instruments, such as 1954 Hague Convention and its two protocols, as well as the 1970 Convention.

The 13th century Khudavang monastery (pictured above) has particular significance going back into the early mists of time, having been built on the site of a pre-Christian era temple. During excavations carried out on the monastery’s territory in 2007 – in an area regarded as “the cradle of Azerbaijani culture” – ancient artefacts were uncovered that Armenians themselves admitted are not typical for Armenian Christianity. This did not, however, prevent the Armenian Abbot of the monastery from removing these priceless relics from the site.

The report emphasised that “all of these actions constitute to a gross violation of international humanitarian law, including the UNESCO standard setting instruments, such as 1954 Hague Convention and its two protocols, as well as the 1970 Convention.”

The government of Azerbaijan is closely cooperating with UNESCO in producing an accurate assessment of the full extent of the damage done to its irreplaceable historic and cultural artefacts.