Over the last several weeks, military exercises by Iran near the Azerbaijani border, by Turkey and Azerbaijan in Nakhichevan, and by Georgia with Azerbaijan and Turkey have further unsettled a region that as Rhythm of Eurasia journalist Irina Marinina says, was already “difficult to call completely stabilized.” 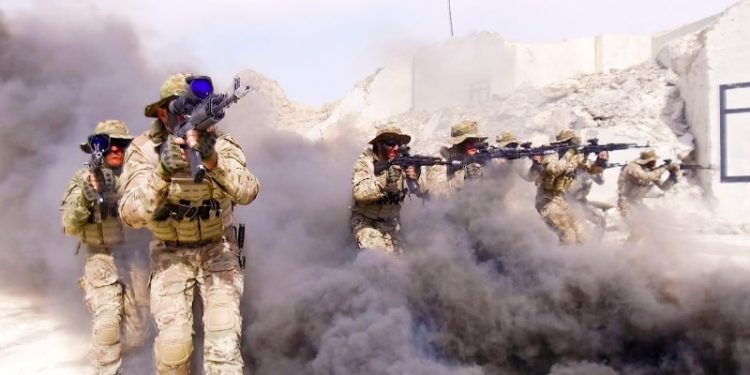 Because all exercises are designed both to test capabilities and to send a message to others about them, experts in all the countries of the South Caucasus have been speculating about what each of them means and  how all of them are related (ritmeurasia.org/news–2021-10-10–uchenija-u-granic-armenija-privykla-gruzija-trevozhitsja-v-azerbajdzhane-spokojny-56797).

“Before the beginning of its exercise,” Marinina says, “Tehran accused Baku of cooperating with Israel and allowing Israeli units to operate in Azerbaijan.” The Iranian government said it was showing its capacity to respond to what it called “Zionists and terrorists” near the Iranian border.

Georgian foreign affairs analyst Zurab Batiashvili says that the Azerbaijani-Turkish maneuvers were a response to the Iranian moves and were intended to send a message to Iran against any aggressive moves. Other analysts in Georgia and Armenia fear that their countries could be drawn into such a conflict.

Armenian foreign policy commentator Ayk Khalatyan adds that “the Iranian training exercise can be considered a warning to Azerbaijan, and in response, Turkey and Azerbaijan have conducted an exercise with the goal of warning Iran.” The Armenian government, however, has not responded officially, having gotten used to such exercises by its neighbors.

In their comments, Baku officials also played down the Iranian exercises; but one Azerbaijani analyst, Ilgar Velizade says “the situation has become more complicated” because so many exercises are taking place at the same time and the danger thus exists that one may lead to the escalation of others and then to something more than an exercise.

In his view, however, “the risks of a direct clash between Azerbaijan and Iran are minimal because for this Azerbaijan would have to cross the Iranian border or Iran the Azerbaijani one. Neither side will allow this because of the dangerous course of developments that would entail.”

But what all this highlights is the need for some kind of coordinated approach to exercises of this kind, and Moscow is exploiting such concerns by pressing for what it calls a three plus three approach to the region, something that could be a confidence-building measure and prevent exercises from becoming something more.