Sad news came on October 15. Georgi Vanyan, well-known Armenian human rights activist, head of the Caucasus Center for Peacekeeping Initiatives, died from coronavirus in a Tbilisi hospital. He was only 58 years old. 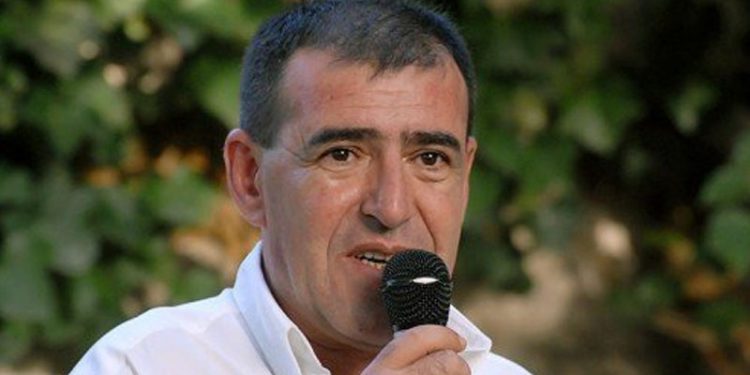 To say I feel sad is to say nothing. Georgi was one of those who dreamed of changing the world for the better, reconciling two warring peoples, Azerbaijanis and Armenians.

Unfortunately, Georgi never found understanding in his own country, among his compatriots. Look at all the articles in the Azerbaijani media reporting his untimely death with expressions of sadness and regret, look at Georgi’s Facebook feed, where the overwhelming majority of those offering their condolences are Azerbaijanis, followed by Georgians, then Europeans with whom he worked in the field of peacemaking, and only a couple of condolences from Armenians. Major Armenian media outlets ignored this sad news completely…

I met Georgi Vanyan in March 2011, when I came to Georgia at his invitation, together with my colleague and close friend Rizvan Huseynov, to cover a regular round of discussions within the Tekali process. I will not bore the readers with a detailed explanation of what this process is. Tekali is an Azerbaijani-populated Georgian village, located at the junction of the borders of Georgia, Azerbaijan (Shikhly village of Qazakh District) and Armenia (Berdavan village of Noyemberyan region). It was chosen by Georgi as a kind of bridge of friendship between the three peoples. His idea was to use this bridge to dispel the narrative about the ethnic incompatibility of Armenians and Azerbaijanis started by Robert Kocharyan and supported by Armenian jingoists.

In March 2011, on the Georgian side of the Krasny Most checkpoint, I first met Georgi in person (we had known each other otherwise for some time, as I had interviewed him and requested his comments on various issues of the Armenian-Azerbaijani agenda). They say that the first opinion usually forms in the first minutes of face-to-face communication. This is exactly how it was with us: open, friendly, smiling his slightly sad smile, Georgi made a most positive impression on me. Despite the noticeable age gap between us, Georgi looked into my eyes and said right away, “Bahram, my dear man, we are not at a symposium, let’s talk casually.” Already on our way to Tbilisi, I was surprised to learn that as a child Georgi had spent more than one summer with his close relatives who lived in the former Shahumyan, now Goranboy District of Azerbaijan. He spoke about those years with great fondness. He also kept humming a simple tune from some Azerbaijani song popular in those years. “Man, what a good song the Azerbaijanis have. A whole verse of just one word: sən, sən, sən [“you, you, you”—Ed.],” Georgi smiled.

Of course, we could not ignore the topic of the Karabakh conflict either. Georgi said that he always asked the Armenians, who considered the occupied Azerbaijani territories their homeland, just one question: “If these are liberated territories, if this is your homeland, why did you completely destroy Agdam, Fizuli? Does one destroy one’s homeland?” 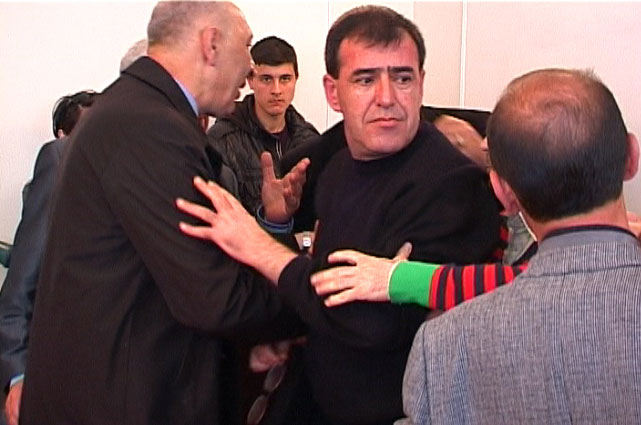 We—Rizvan Huseynov and I—spent that night telling Georgi about the genocide of Azerbaijanis in Khojaly. He listened very attentively: it was clearly not an attempt to please us, Azerbaijanis, but a genuine desire to find out the whole truth. He often interrupted us, asking questions, he shook his head, he smoked non-stop, and in the morning, he said that he had known practically nothing about what had happened in Khojaly on the night of February 26, 1992.

“They either don’t tell us about it in Armenia, or they present it in a completely different light. But what you told me is horrible. Azerbaijanis, please, forgive us,” Georgi said in a trembling voice…

Later, I met with him more than once in Georgia, covering the meetings of the Tekali process. And Georgi was sincerely happy every time he saw that journalists from Azerbaijan attended those meetings too.

“It’s essential that these events don’t remain little local get-togethers, it shouldn’t be just Azerbaijanis, Armenians and Georgians gathering and talking about this, and then going about their business. No, it’s important that Armenian and Azerbaijani journalists cover these discussions, get the idea that peace between the two peoples is possible across to their audiences,” Georgi would say.

Then there were his attempts to organize festivals of Azerbaijani films in Armenia. I remember how worried I, an Azerbaijani journalist, was when fascist Armenian thugs stormed into the Asparez Journalists Club to stop the screening of Azerbaijani films, and Georgi was subjected to psychological and physical abuse. I remember the protests Armenian nationalists launched in Yerevan and Gyumri back then, and I remember how, under pressure from the National Security Council, the owners of the establishments where Azerbaijani films were to be screened apologized to Georgi, saying they could not give him the venue…

In recent years, Georgi lived in harsh conditions in the countryside. But never for a minute did he stop his life’s work—the reconciliation of the Azerbaijani and Armenian peoples. The Azerbaijani public, who appreciated his efforts and spoke about Georgi with respect, sincerely mourns the untimely passing of the Armenian human rights advocate and peacemaker. But his own country never saw his true value. The majority of the Armenian media cynically ignored Georgi Vanyan’s death, and the most rabid of them made do with an inhuman message: “Azerbaijani propagandist of Armenian origin Georgi Vanyan died in Georgia.”

It makes me so sad. It is sad that his compatriots chose to treat him this way. It is sad to think that such a radiant and pure person who gave his entire life to peace between our two peoples is no longer with us.