The world is rapidly switching to clean energy. The global struggle to eliminate the factors that contribute to global climate change is increasingly bearing fruit. All over the world, countries are expanding the production of alternative, renewable energy, and citizens are expanding the use of machines and equipment that run on such energy. 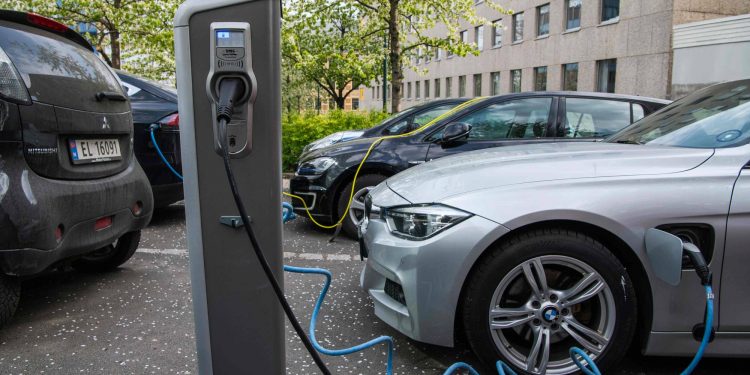 What should we do to make Azerbaijanis switch to electric cars?

The world is rapidly switching to clean energy. The global struggle to eliminate the factors that contribute to global climate change is increasingly bearing fruit. All over the world, countries are expanding the production of alternative, renewable energy, and citizens are expanding the use of machines and equipment that run on such energy. It’s only natural that the owner of the electric car manufacturing company Tesla is on the list of the world’s richest people…

Steps are being taken to increase the production of alternative energy in Azerbaijan, whose economy, the main public revenue depends on traditional energy: a few weeks ago, contracts were signed with foreign companies for the construction of solar and wind power plants. It is clear that we are lagging behind developed countries in this process. But as they say, better late than never…

At the global level, there is certainty that cars are as much to blame for air pollution as large industrial enterprises. Therefore, the transition in recent years to liquefied natural gas (LNG), which is less harmful than gasoline and diesel fuel, and to electricity, which is currently considered completely harmless, has gained momentum. In some countries, state offers a wide range of benefits to encourage citizens to use hybrid and electric cars. For example, Norway pays 4,000 euros to a citizen who buys an electric car, exempting them from VAT, company tax, purchase tax, parking fees and bus fare. The Netherlands provides a subsidy of 5,000 euros for businesses and 10,000 euros for taxis, exempts from registration and road tax when buying an electric car. Similar subsidies are provided in France.

Moreover, the European Union is tightening its carbon emissions restrictions, and, as a result, the Old World’s major automotive giants are trying to focus more on hybrids and electric cars.

Why is our car fleet aging so fast?

As for Azerbaijan, let’s say that we are far behind the developed world in this area and try to show that we were not wrong.

According to expert economist Rovshan Agayev, the deterioration of the social situation in the country in the post-devaluation period, the restriction of car loans due to the situation, in which banks have found themselves, as well as the excessive increase in customs duties in the interests of the budget contributed to this process. “Look at the dynamics of customs import taxes and duties for motor vehicles in the last five years, and the situation speaks for itself. More interestingly, the government has said it aims to reduce incentives for diesel by raising the price of diesel. But statistics show that this process is going on even without a price increase. In 2013-2019, the share of diesel passenger cars decreased from 10% to 8.7%. The share of diesel trucks and buses, in turn, dropped from 66% to 53%.”

Mr. Agayev sees the increase in imports of hybrid and purely electric cars into Azerbaijan last year as a positive factor. “According to the disclosed information, 5,247 electric cars were imported into Azerbaijan in 2020. It’s still not much—up to 10% of total car imports. But although the number is small, the growth rate is high. In 2018, the total import was 146 units, in 2019 it was around 1,000, and in 2020 it was close to 5,300. Over the past two years, on average, it’s less than 1% of total imports. From this point of view, 10% looks reassuring.”

The expert believes that the government should focus on achieving at least 50% of annual imports from hybrid or purely electric cars by 2025. “To do this, both purely electric cars and hybrids should be imported into the country with zero tax, and cars valued at up to $30,000 should be offered state support in the range of 10-20% until 2025. The world is going through a colossal technology transfer period, and staying out of this process is tantamount to clinging to the Middle Ages…”

Car expert Farid Huseynov says that until 2019, those importing electric cars into Azerbaijan had to pay both import duty, excise tax and VAT, like with traditional cars, which inflated the prices. “According to the new law, electric cars imported from January 1, 2019 are exempt from excise tax and VAT, 15% of the car’s value being paid as an import duty and cleared through customs. However, this reduction did not substantially increase the interest in electric cars. There are several reasons for this. First, electric cars are expensive for now—lithium-ion batteries cost too much. But it seems that prices will soon drop as the technology will become more widespread. Another reason for the lack of electric vehicles in Azerbaijan is the lack of appropriate infrastructure. Today, it’s a challenge to find a place to charge an electric car in Baku: there are only about 10 such stations—and not a single one outside Baku. If it’s impossible to drive outside the city, why would one buy an electric car at such a high price?”

According to Huseynov, SOCAR has recently announced that it will set up charging areas for electric cars at its gas stations. “However, this process is slow, too. We believe that this matter requires state support.”

The expert also suggests that the incentives for electric cars should also apply to hybrid cars. “In general, experts in the automotive industry in Azerbaijan have been sounding the alarm for several years now. Our country raises customs duties on cars every two years on average, and there are cars today, customs duties for which are higher than their purchase price. As a result, prices are very high and citizens are forced to turn to old cars. These cars are usually very old, imported from Europe and America, often decrepit and can no longer be sold in the country of export. First of all, these cars do not meet environmental standards, polluting the environment. Second, these cars are so old that their presence on civilian roads creates a threat, a serious threat to the health of the public! Experts keep warning that Azerbaijan is becoming or has already become the “scrapyard” of the South Caucasus, but the government keeps ignoring this serious issue, offering no plan or program on how to clear the scrap metal in the future. That’s why the privileges enjoyed by electric cars should be extended to the import of hybrid cars. At the same time, electric car users should be provided with subsidies to buy a car, exempted from road tax and some other taxes, as well as charging fees. Even if a private company opens a charging station in Azerbaijan, it has to buy electricity and sell it to electric car owners for at least 12 qapiks per kilowatt-hour. First of all, there is no legal framework regulating the purchase of electricity by an entrepreneur from a wholesaler. Second, electricity storage equipment for electric vehicles is expensive. Entrepreneurs should be given soft loans to buy this equipment, and electricity should be sold at a low price, at least for the initial stage. Entrepreneur should be able to recover their investment after this stage, which will be at least 5 years, in order to be interested in getting involved in this business.”

According to Togrul Bilalzade, admin at Toyota/Lexus Club Azerbaijan, although the increase in imports of hybrid cars is a positive development, government agencies should tighten control over imported cars. “As we know, most hybrid cars that come to Azerbaijan are imported from the United States. Toyota’s Prius is the most popular model due to its durability, availability of spare parts, as well as the large number of car mechanics. Toyota Prius 20 currently holds a large market share. Manufactured in 2006-2009, this model is sold at auctions in the United States at very low prices. These cars are usually bought very cheaply, brought to Georgia; they are repaired and sold there because of the cheap labor. Azerbaijanis, who are the best buyers on the Georgian market, buy these cars and import them into our country. Some of our citizens participate in auctions online, bring these cars to the country in poor condition to repair them here. It’s a matter of choice: some buy for themselves, some buy to resell.”

According to Bilalzade, most of the hybrid cars imported into Azerbaijan have the part called catalytic converter. “The role of the car’s catalytic converter is to neutralize the toxic gases and carbon monoxide in the exhaust of the internal combustion engine with special chemicals, turning emissions into less harmful gasses. There were rumors a while ago that the catalytic converter of Prius 20 contained precious metals, so there were some people who bought catalytic converters at a high price, exported and sold them on foreign markets. The catalytic converter of these models does contain the elements Rhodium and Palladium, and as these elements get increasingly expensive by the day, the prices of catalytic converters continue to rise. The minimum Euro 4 standard is applied to imported cars, as the vehicle database in the Republic of Azerbaijan is guided by European standards. Although the Prius 20 is considered to be compliant with Euro 4 based on VIN code, its emission values do not match even those of Euro-1, as the catalytic converter is removed and sold in 90 percent of cases. This brings forth a serious discrepancy: the country’s standard is Euro 4, but there is no control mechanism. Hybrid car is considered “air-friendly” because it emits less exhaust, but since the catalytic converter is removed, it does the opposite, polluting the air even more. Of course, not every hybrid has had its catalytic converter removed. However, the owners of remaining untouched hybrids often remove and sell them as well. The price varied between 800-1,000-1,100 manats. This market is not very active right now because of the pandemic. But 800 manats is a lot of money for a car worth 10,000-12,000 AZN. That’s why they sell the converter when they need to.”

Our interviewee says that the main focus when buying a hybrid car is its battery and inverter systems. “The number of batteries and the circuit differ from car to car. Batteries are also divided by type. The quality of the batteries can be checked with special devices and methods, and internal resistance must also be checked. Inverters are a more complicated matter. They are usually not repairable, and, for example, if the inverter in Prius 20, the model with the largest share on our market, is damaged, it is replaced with a new (used) one. Other parts are the same as in other cars.”

Thus, there are obviously concerns about hybrid cars, which we consider clean. Therefore, it seems even more reasonable for the state to focus on electric cars. Only 167 electric cars were imported into Azerbaijan in 2020 against about 45,000 cars with internal combustion engines: we are clearly still at the beginning of the road. But if the state showed an interest, we could incentivize businesses and citizens with subsidies and benefits to buy electric cars and make up for the lost time.