The war in Ukraine has triggered a number of processes that can end up in a large-scale global energy crisis. With oil prices skyrocketing and transit disrupted, what should we be ready for? We've talked about this with Farrukh Novruzov, the Netherlands-based IR and energy market expert. 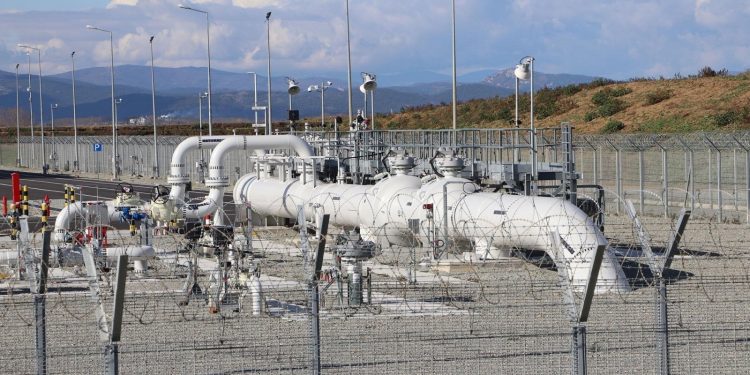 Can you comment on the OPEC meeting? Do you think the announced production rises will significantly affect the market?

OPEC+ members agreed on the 2nd of June to increase output for July and August by 648 thousand BPD, in the attempt to push prices down. But let’s have a look at Russian export numbers: if we take into account pipeline and sea exports, Russia is exporting around 4 million tons of crude oil, nearly 50% of it going to Europe. Therefore, the OPEC+ output increase will have a limited impact on crude oil prices. It has been almost a week now since the OPEC’s meeting and as we can observe, the effect of the announcement on price dynamics has been minimal so far. We shall also take into account the fact that the demand in China has fallen since new lockdown measures were imposed in April. Currently China is coming back from the lockdown at a slow pace, but as soon as demand will recover in China, we may observe another hike in oil prices.

However, there is another important point to consider while talking about the oil output is refinery balances across Europe. Besides crude oil, the EU is also a major Russian oil products importer and there is a trade imbalance that affects oil and oil product prices as a result of sanctions. Refineries in Europe simply don’t have enough refining capacity to produce the required quantities of key products like naphtha, gasoline, diesel and etc. Therefore, I believe, we shall expect crude oil prices to climb new peaks in the upcoming weeks.

By saying OPEC+ we should understand that it is only Saudi Arabia and UAE which have spare capacity to increase. Current rumors around President Biden’s official visit to Riyadh could make us suggest that the royal authorities are not very keen to use their potential to push soaring prices down.

What will be the influence of the partial embargo of Russian oil imposed by the EU? How effectively Russia can bypass it?

The European Council agreed to ban 90% of Russian oil imports by the end of the year. Full ban hardly seems possible as Central European countries like Hungary, Slovakia and Czechia have no adequate alternative to the Russian crude oil in the mid-term. Russia claims that there are other markets to sell apart from Europe but at the same time, we see how refiners in China, India and some regional refineries are enjoying the situation by offering huge discounts on the Russian barrels, approximately 30-40% down from the general market level.

But there is another important limitation imposed by the EU that puts a headache to Russian oil traders – a ban on ship insurance. Any cargo moved on tankers must be insured and taking into account that underwriters are predominantly western companies, further exports to Asia may also be undermined.

Coming to bypassing sanctions, there are clearly several ways, but the capacity that can be disguised is limited. For example, Kazakh crude oil is exported from Novorossiysk from the CPC pipeline, but the capacity is limited to 350,000 barrels per day only. Another option is to load a parcel of crude oil onto a Russian ship and transload the product to another adventurist shipowner who agrees to sign fraudulent shipping documents changing origin and loading port. But as it has been mentioned above, it is impossible to disguise daily export of 2 million barrels.

What can you say about the potential of Eastern Med or Black Sea gas exports? How can it change global markets?

At this stage I think it is not realistic to consider the East Med pipeline and potential developments of Black Sea gas fields. It has been widely discussed these days that the East Med pipeline is considered uneconomic. Plus, we should not forget the position of Turkey, which is enhancing its influence as a gas hub for the rest of Europe. Turkey is also attempting to set gas exports apart from Iraqi Kurdistan. However, all these projects seem far from real at least in upcoming several years and taking into account the ongoing geopolitical turmoil, bottlenecks on existing supplies will be the first choice for European policymakers.

What opportunities and threats in the oil and gas markets is Azerbaijan facing? What should we do to gain the most and minimize the losses?

Like in 2008, Azerbaijan is currently enjoying high crude oil and natural gas prices, with crude oil prices almost twice the level assumed in the budget planning. We have also been observing a structural swing in the EU’s approach towards Azerbaijan, as the EU is partially relying on hydrocarbons from Azerbaijan. Currently, Azerbaijan is exporting 16 billion cubic meters (bcm) of natural gas per year through TANAP to Turkey and Europe, from which 10 bcm is destined for Europe. With rather cost-efficient modifications, this capacity can be doubled in the next couple of years, increasing Azerbaijan’s share in the European gas supply. Even further in the future, the Shah Deniz field has enough gas for potential pipeline constructions. When it comes to challenges, I think they are obvious, as further expansion ought to partially substitute the flow of Russian gas to Europe.

Another challenge affects the whole world, as rising energy prices and ongoing global supply chain disruptions cause inflation rates to skyrocket, and economic consequences thereof will definitely not bypass Azerbaijan.

How do you estimate SOCAR’s potential for expanding sales of oil products? Which ones are most promising?

In terms of oil exports, Azerbaijan is utilizing high export capacities and there is little room for adding up more barrels on the current volumes. In terms of refined products, refinery margins for the majority of oil products are positive and rising, in light of disruptions due to Russia’s invasion of Ukraine. Therefore, SOCAR, currently can benefit from exports of oil products from refineries in Azerbaijan and Turkey. Demand for transportation fuel traditionally peaks in summer months, especially this year, when after 2.5 years of travel restrictions, consumers can finally pack the luggage for summer vacations abroad.

How strongly will the current energy crisis affect the global economy? Which sectors and countries are most vulnerable?

Unfortunately, currently, there are no positive signs for the war to end soon, and the longer invasion will last the more sanctions are expected to emerge, hitting the global economy even harder. Countries suffering the most are those that are located away from alternative sources, like Hungary, and Slovakia. We have seen tensions around gas supply to Moldova in November last year when a national state of emergency was declared as the country couldn’t repay its debt due to Gazprom. Europe, as the most dependent on Russian oil and gas, at this stage is considered to be among the losers, as higher energy bills are a burden on European fuel-importing countries. Moreover, in the era of transit to decarbonization, Europe is forced to restart joint gas fields and spend billions on regasification capacities and pipelines to finally diversify its energy security. Globally, we feel how energy surcharges are immediately reflected on consumer goods in different industries and at this pace, it is a matter of time before consumers will retaliate against increasing prices on goods.