EU official on negotiations in Brussels and Moscow’s threats: Baku and Yerevan realize they can be next

Brussels does not and is not going to coordinate its actions with Moscow in the issue of normalization of Armenian-Azerbaijani relations, an anonymous senior EU official told Radio Liberty. 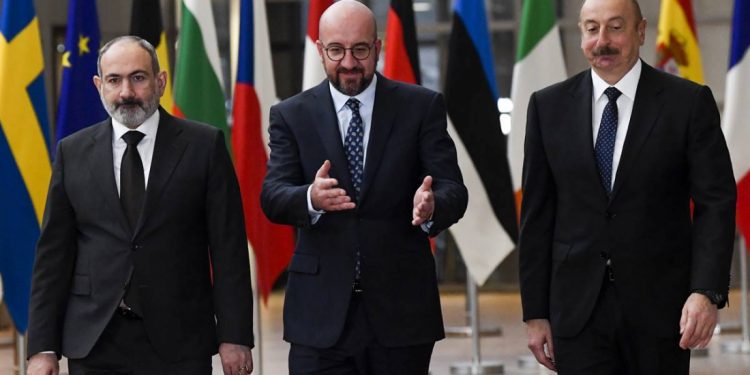 According to him, the most important thing at this stage is that despite their differences Azerbaijan and Armenia continue contacts. The last meeting was not cordial, but there is progress.

“There is no movement between the EU and Russia in the issue of Armenian-Azerbaijani relations, nor is there any intention to interact with the Russians. Both sides are afraid of Moscow, even if they are not showing it publicly, especially in the context of everything that is happening now in Ukraine. Both Baku and Yerevan realize that they could be next,” the European diplomat says.

“Russia may have stopped the war [in Karabakh], but it is clear that the process is continuing in Brussels, not in Moscow. And the frequent visits of the sides to Brussels are indicative of this,” he added.

When asked to comment on Russian Foreign Minister Sergei Lavrov’s statement that “the Minsk Group no longer exists”, the official confirmed that although the mediation format exists de jure, it is not functional de facto.

“There will be no official statement that the Minsk Group is dead, but it is no longer viable,” the diplomat said, adding that after the Russia-Ukraine war, the West does not want anything to be associated with Belarus or Minsk at all.

“As for the road to Nakhchivan and the rest of the communication routes that are supposed to be controlled by Russia, yes, that is the case, and it will be for now. But the idea is that this will change over time, eventually. No one doubts, of course, that it will take a long time,” he said, commenting on how the West sees further developments, given that the statement of November 10 clearly states that Moscow will not only have a peacekeeping mission in Karabakh for at least five years but will also control the road between Nakhchivan and Azerbaijan.