A new Baku-Yerevan agreement on the handover of 15 Armenian ex-convicts in a swap for mine maps in liberated Fuzuli and Zangilan regions has been hailed by experts as President Ilham Aliyev’s diplomatic mastery and as another success of the Azerbaijani diplomacy. 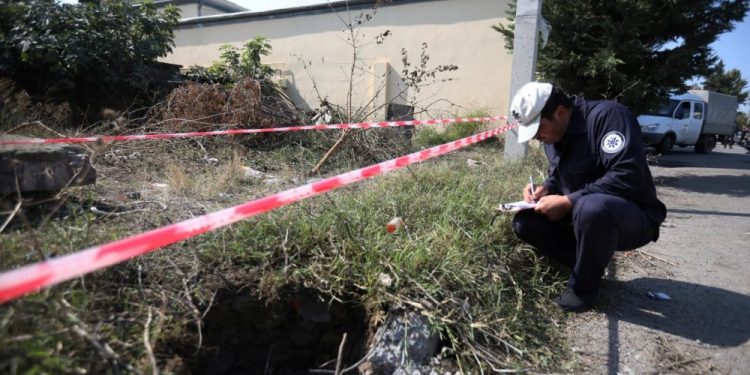 Further progress towards resolving a thorny diplomatic impasse despite seven tense months since the November 2020 ceasefire is largely welcomed as an important step that will prevent human losses in heavily-mined regions, rebuilding the liberated territories, and repatriating IDPs.

The Foreign Ministry stated on July 3 that upon Russia’s initiative Armenia submitted to Azerbaijan maps of about 92,000 anti-tank and anti-personnel mines planted during the occupation of Fuzuli and Zangilan regions.  Baku stressed that obtaining mine maps will save the lives of tens of thousands of Azerbaijani citizens, including those involved in mine clearance, and will accelerate the implementation of reconstruction and rehabilitation projects initiated by President Ilham Aliyev on the liberated territories and the return of IDPs.  This agreement comes after the similar Georgia-mediated accord that Baku and Yerevan reached on June 12 to swap maps of 97,000 mines in Aghdam for 15 Armenian detainees, which marked the first diplomatic breakthrough after a long period of escalation.  Fuzuli and Zangilan regions, which are the mostly-mined areas after Aghdam, have considerable strategic importance with their largest infrastructure projects. The area will be a key component in the regional transport and communications hub.

Over 140 Azerbaijan citizens have been killed or injured in mine explosions since November 10, 2020.

Armenia deliberately and constantly planted mines on Azerbaijani territories, in violation of the 1949 Geneva Convention, thereby being a major threat to regional peace, security, and cooperation. The war between Armenia and Azerbaijan ended on November 10 with the signing of a trilateral peace deal by the Azerbaijani, Russian and Armenian leaders.

US expert Peter Tase has described Armenia’s submission of mine maps as the fruit of the Azerbaijani government’s hard work and unbridled foreign policy led by President Ilham Aliyev.  He noted that the release of mine maps by the Armenian regime should have taken place seven months ago, immediately after the glorious victory of the Azerbaijani armed forces in the Second Karabakh War.

“The South Caucasus will have a brighter future now that Nagorno Karabakh is swiftly becoming an industrial and transportation hub of Europe and Asia. Azerbaijan is a key political, security, and economic partner of Eurasian multilateral organizations,” he said.

Russia-based Azerbaijani expert Mamed Mamedov hailed the acquisition of the mine maps as an important step in the post-war period. He said that it indicated first of all the next diplomatic victory of Azerbaijan.  He stressed that it can be said with confidence that it will contribute to the rapid restoration of areas, including the creation of the necessary infrastructure and the return of IDPs to their native lands.  The expert also underlined Russia’s aspiration to score points as one of the leading actors in world politics through direct participation in the post-war normalization process.

“If we speak about Armenia, then it also turned out to be a winner, since in exchange for mine maps it received 15 detainees. Now we can only hope that with this, Azerbaijan and Armenia, through Russia’s mediation are laying a huge foundation of trust, which will help gradually develop a dialogue between the former parties to the conflict,” Mamedov said.

Former US Ambassador to Azerbaijan Matthew Bryza has said that the progress in providing mine maps will attract investments in Azerbaijan’s liberated lands from big countries and international organizations.  “Such a process will attract I believe significant investment from Turkey where business people are eager to help rebuild the liberated lands of Azerbaijan and from the international community as well, from organizations such as the World Bank, from big countries such as the US I hope and European allies,” he said.

He believes that this is a pragmatic, positive, and important process.

“Hopefully it will continue and the maps of all the landmines are available. Hopefully, that will allow a positive political dynamic inside Armenia, which over time will allow it to embrace the tremendous opportunity it now has to restore all of its transport and economic ties with Azerbaijan and Turkey and integrate into the regional economy,” he said.

Former U. S. Diplomat Mr. Bryza stressed that the step gives Armenia the best chance to grow its economy, create jobs, and together with Azerbaijan and Turkey strengthen peace and stability and build a much better, much more prosperous, much safer future altogether.

“While many challenges lie ahead, clearly these are welcome signs of commitment or at least openness to a better future together. At the same time, for Azerbaijan to return the detainees is not just a trust-building step but a signal to the international community that it has no interest in putting up obstacles to peacebuilding progress,” Zuckerman said.

She noted that the fact that Armenia had provided one mine map in the recent past, indicated that Armenia possessed multiple such maps and that these operations (mining civilian territories) were planned from the top.  “Reconciliation between Armenia and Azerbaijan can also prove an important step towards wider multilateral cooperation with Georgia, Turkey, and other countries. The recent elections in Armenia showed that the population is tired of losing wars and long-standing tensions with their neighbor. If this policy continues, the entire South Caucasus will be the better for it,” Zuckerman added.

Russian military expert Igor Korotchenko said that under the impact of the changed situation Yerevan will understand that only peace, good-neighborliness, the unblocking of transport communications, steps of goodwill, delimitation, demarcation of the border, the beginning of full-scale functioning of the Zangazur transport corridor can give Armenia the real economic bonuses for development.

He drew attention to the significance of mine maps submission for Azerbaijan.

“It is about minimizing clearance efforts as accurate maps can be used to do this safely, efficiently, and as quickly as possible. Moreover, people were blown up by mines – and now, at least until the moment of demining, there is a clear understanding of specific mine danger zones,” he said.

The expert noted that the incident confirms that Armenia had mine maps from the very beginning, but it refused to submit them, stating that such maps did not exist, or simply kept silent.  “Now we understand that Yerevan took an absolutely non-constructive position,” he said.

Korotchenko expressed the hope that the mine map submission process will further take place more intensively and that ultimately all maps without exception will be handed over to Azerbaijan “so that Baku can restore a peaceful life on the liberated territories as soon as possible and start a full-scale peaceful reconstruction of the region, which is impossible without maps of minefields”.