That is why the Armenian government has become so brazen towards Russia and the CSTO in the last 2-3 weeks, and the provocation on the border was planned with Russia's lack of reaction in mind and with the purpose of lowering the level of the Armenian public's trust in Russia. 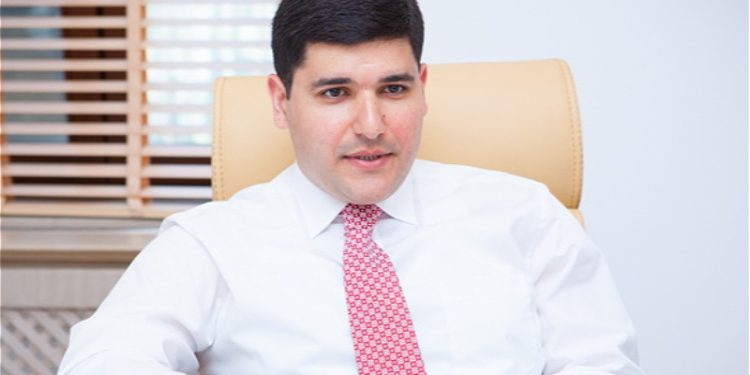 The United States wants to insert itself into the processes taking place in the South Caucasus, in particular, in the Armenian-Azerbaijani track. Since two formats with the involvement of Russia and the EU have been formed in this track over the last two years, it is important to reset the achievements of these two formats, to mix up all the cards in order to create a new format with a new agenda, in which it will be possible to raise the priority topics for the Armenian side. In a blitz interview with Minval.az, political analyst Farhad Mammadov comments on the situation on the Azerbaijani-Armenian border, as well as on the rhetoric of the Armenian authorities, who have not learned any lessons from the last aggravation on the border.

The priority topics for Armenia are the ones it never managed to push into the Brussels and Moscow formats, namely the status and the OSCE Minsk Group, as well as backtracking—at least in the rhetoric of the Armenian leadership.

Do you think new aggravations on the Azerbaijani-Armenian border are possible?

I do, because there is no peace treaty, there are no mutual commitments to recognize the territorial integrity. There are still Armenian armed forces in the territory of Karabakh, and in this environment, of course, provocations and escalation on Armenia’s part are quite possible, and even expected.

In his letter to Pashinyan yesterday, Biden referred to the “people” of Karabakh. Why is Washington poisoning its relationship with Baku, given that we are helping both Ukraine and Europe with energy resources?

They are aware in the US that they cannot restore their positions in the South Caucasus region through Georgia or Azerbaijan, and thus they are trying to dislodge Russia from the region by supporting the Armenian government. That is why the Armenian government has become so brazen towards Russia and the CSTO in the last 2-3 weeks, and the provocation on the border was planned with Russia’s lack of reaction in mind and with the purpose of lowering the level of the Armenian public’s trust in Russia. And we see Armenian officials contribute to this. In other words, this is nothing but a geopolitical game at a time when Russia is seriously distracted by Ukraine and is experiencing scarcity of resources—military, financial and so on. And that is why the US administration has opted for these tactics in our region. On the other hand, Biden’s statement demonstrates that the West is split between the European Union and the United States on the issue of the settlement of the Armenian-Azerbaijani conflict, because Charles Michel’s statement does not contain the terms “people of Karabakh” and “people” but rather “Armenian population of Karabakh”. But these are completely different terms in international law. It appears that the Americans are dissatisfied with the European mediation aimed at achieving concrete results. And although the US position today is pro-Armenian, there are no formats that include the US presence. I do not think that Azerbaijan will allow a country with such a stance to be involved in the mediation mission.

It is a fact that Russia has more important things to worry about than Armenia in light of the war in Ukraine. But it seems that Russia is being defeated on the Ukrainian front, which is why Putin signed a decree on “partial” mobilization. What is your prognosis for this situation?

One conclusion can be deduced from Russia’s statements and actions over the past three days: Russia seeks to end the war in Ukraine, and this is evident in the announcement of referendums on the annexation of Ukrainian territories to Russia. Everyone expected a “second” pro-Russian Ukraine to be created to act as a buffer between the pro-NATO Ukraine and Russia. But that did not happen. The reason is the military failures, the limitations of the Russian military-industrial complex.

Russia is holding referendums to officially bring these territories under its “nuclear umbrella,” to actualize blackmail in the form of using nuclear weapons for deterrence, because doctrinally the use of nuclear weapons is only possible for deterrence if there is a territorial threat. Accordingly, another gesture of goodwill was made by exchanging prisoners of war, especially the most controversial groups—the Azov Regiment, foreign mercenaries. Besides, Russia has already been told that it should end the war, both by the leader of India and the leader of China. But assessing the current steps of the Russian authorities and the mobilization, including the matter of strengthening Russia’s negotiating positions to end the war and form a new status quo, certain inferences can be made. Will Ukraine accept it or not? The Ukrainian leadership itself gives the answer to this question through active combat operations in the territories Russia seeks to annex.

Putin has repeatedly stated that he will use nuclear weapons. The first time this statement was made was at the beginning of the so-called “special operation”, when broadcasts on Russian TV were suddenly interrupted to air an urgent address of the Russian president to the public. The second warning was given just a few days ago. Do you think Putin will choose to push the “red button”?

With the first blackmail Putin neutralized NATO countries’ direct involvement in this war, with the current blackmail they are trying to force Ukraine to stop hostilities after the bogus referendums. Ukraine will continue, since they are already hitting Crimea, Belgorod Oblast and other Russian territories. Ukraine’s main partners without whose help it cannot conduct offensive actions are the United States and the EU. Whether this blackmail will work on them or not, we will see in the next two to three weeks.

Another flashpoint has become active today—Iran, where mass protests have been raging for a week now. What are your comments on these, and how might they affect the possibility of fundamental change in that country?

The protests in Iran are chaotic, which is not surprising, since there is not a single political organization in the country that can lead them. We saw the same thing in Armenia in 2018, but the marginal politician Pashinyan was able to saddle and ride the protest voters, who came together in large-scale rallies when they saw the political will. At the moment, we do not see a single political force in Iran to take the lead in this protest movement.

This is also not the first time this has happened in Iran. There are protest voters in this country who refuse to put up with the established rules, tenets and the Iranian regime, and their numbers are growing. We have seen several such protests in the past, and we have seen these protests die out over time because of the harsh response as the security forces showed their allegiance to the regime. Today, we do not see any components that could contribute to the expansion and deepening of the protest movement in Iran. 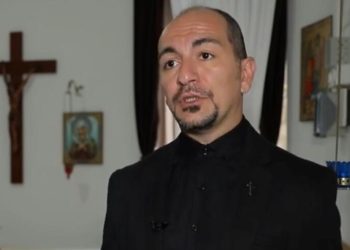