The Azerbaijani Foreign Ministry announced five points of settlement based on the principles of international law, first of all, on the principle of territorial integrity of states and good-neighborly relations. 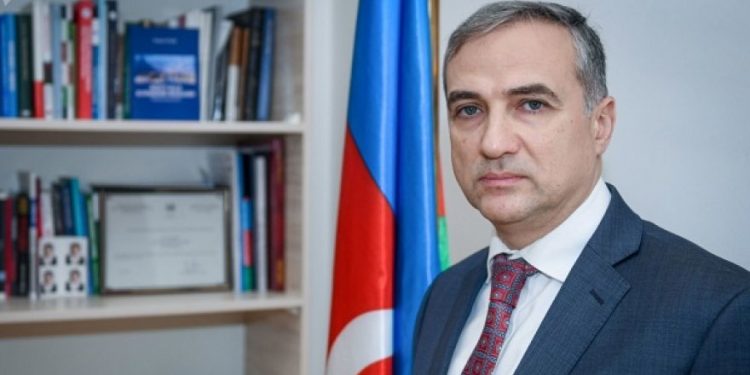 These are the principles that Azerbaijan has always talked about and they do not need extensive comments.

This was stated by the Chairman of the Board of the Center for Analysis of International Relations Farid Shafiyev, as he commented on the basic principles of normalization of relations with Armenia presented by the Ministry of Foreign Affairs of Azerbaijan.

The basic principles include: mutual recognition of sovereignty, territorial integrity, inviolability of international borders and political independence; mutual confirmation of the renouncing of territorial claims of states against each other and the legal obligation not to make such claims in the future; refraining from threatening each other’s security in interstate relations, from the use of threats and force against political independence and territorial integrity, and from other circumstances which are contrary to the UN Charter; delimitation and demarcation of the state border, establishment of diplomatic relations; opening of roads and communications, establishment of other relevant communications and cooperation in other areas of mutual interest.

As Farid Shafiyev stresses, throughout the thirty years of the Karabakh conflict Azerbaijan has insisted on resolving it on the basis of territorial integrity, sovereignty, and good neighborly relations. Now Azerbaijan is extending its hand to the other party: the fifth point is about the opening of communications, which will benefit both Azerbaijan and Armenia.

Farid Shafiyev recalled that there had been many attempts last year to come to an agreement on the opening of the Zangezur Corridor. In this case, we are talking about the implementation of Paragraph 9 of the trilateral statement of November 10, 2020, concerning the unimpeded movement of goods and people between the western regions of Azerbaijan and the Nakhchivan Autonomous Republic.

“Unfortunately, Armenia torpedoed the issue. Although it has claimed for the past month that it is ready to fulfill its obligations, no steps have been taken. That is why Azerbaijan chose an alternative road via Iran. And Armenia may find itself in isolation for a second time. The five points that Baku is proposing are concrete and this may already be Armenia’s last chance for peace and economic survival. Considering the situation in the world and in our region, Armenia’s future from an economic point of view is questionable. Our five points are Armenia’s last chance to normalize relations with Turkey, sign a peace treaty with Azerbaijan and develop within our region,” Shafiyev said.

As for Armenia’s appeal to OSCE with regard to the Minsk Group, Shafiyev said that a clear distinction must be made here. The mandate of the Minsk Group was given to settle the Nagorno-Karabakh conflict.

“Today Nagorno-Karabakh no longer exists as a geographical and administrative unit, and we consider the conflict settled. In the past, Armenia refused to implement the Madrid principles, although in the period from 2009 to 2020 it had the opportunity to resolve the issue. In the end we had to liberate our territories by military force. Now Armenia is trying to involve the OSCE again, while we can sit down, discuss and settle the issue of the peace treaty between the two states in a bilateral format. But if Armenia insists on involving the OSCE, it should no longer be the Minsk Group, but a new format with a new mandate. However, how effective it will be is an open question,” said Farid Shafiyev.