“Ukrainian Nazis” in disguise, or How three Russians derailed the Russian propaganda machine

It appears that the "lauded" Russian army will be floundering in the Ukrainian "swamp" for a long time to come. The myth of the all-powerful Russian military capable of defeating anyone and anything in a heartbeat hyped up by the Kremlin burst quickly in Ukraine. 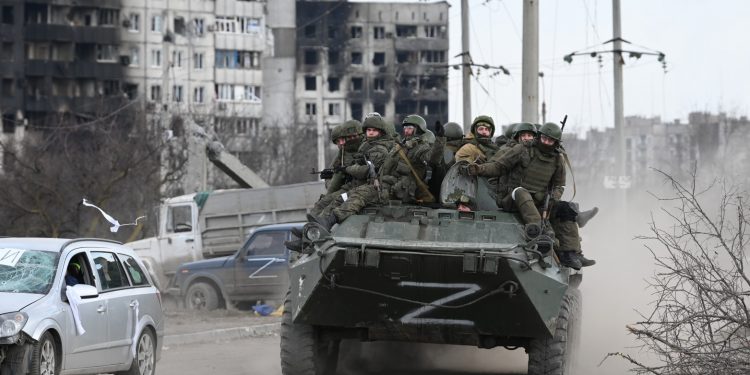 It will soon be a month since Russia invaded Ukraine, but the Russian war machine is still stuck in second gear. Maybe the Russian army would be better off sitting back and feeding its people, as well as the world community, with “horror stories” of the invincibility of its armed forces rather than invading Ukraine and shattering all illusions.

The fierce resistance of Ukrainian soldiers and officers came as a complete surprise not only to the Russian Armed Forces, but also to their commander-in-chief, President Vladimir Putin, the man who had unleashed the war.

Before the intervention, Vladimir Putin and the media had been actively drumming into the public’s mind the image of a mighty army that in a matter of days would deal with the Ukrainian “Nazis”. He also claimed that a “special military operation” would be conducted exclusively within the borders of Donbass. But what are we actually seeing?

The Russian Armed Forces are bombing cities outside of Donbass: Kyiv, Chernihiv, Mykolaiv, and others. Despite the continuing misinformation being fed to the public by the Russian leadership and journalists that Russian soldiers are bombing only military targets, civilians are being killed in Ukraine.

It got to the point that “high-precision” weapons destroyed a maternity hospital and a drama theater in Mariupol, where civilians were hiding. But the flywheel of fake news in the Russian media, especially on TV channels, cannot be stopped.

The hosts and guests of various political talk shows are not even trying to dress their outright lies in a semblance of truth. Russian anchors and political analysts are blatantly accusing the Ukrainian side of disinformation, even though the footage of the mentioned civilian facilities being destroyed is all over the world. The best the Russian propaganda could do was claim that the maternity hospital was empty and that fighters of the “nationalist” Azov battalion were hiding in the drama theater.

The Russian propaganda machine is bending over backwards to paint the Russian invaders, especially to its own citizens, as “peacekeepers” and “liberators”. Here are two videos that will prove the contrary. Both were shot by Russians with the only difference being that one is a cloyingly nauseating staged production, while the other captures the true essence of the “liberators”.

In the first video, a “kadyrovite” enters the yard of a house, where he is greeted with “sincere gratitude”. The owners almost squeal with delight and ask the Chechen to thank the head of Chechnya, Ramzan Kadyrov, and his master, Vladimir Putin. In return, the Russian soldier treats the “grateful” people to some bread and canned meat. That is, it appears that in exchange for canned meat the owners of the house are willing to turn a blind eye to the deaths of civilians, the war and the devastation of their country.

In the second video, we see three Russian marauders with shoulder patches in the shape of a skull with crossed bones. The Black Roger once adorned pirate flags, and here we see worthy followers of piracy and pillaging. The “liberators” insult Ukrainians, calling them “Ukrops”. One of the marauders, a jester and a clown, wears a wig to portray supposedly Ukrainian separatists.

You must agree that the criminal actions of these “peacekeepers” are no different from the actions of Nazis in Soviet homes and Soviet soldiers in the homes of Afghans. We all know how it ended. Hitler’s Germany was destroyed, and the Soviet Union suffered a disgraceful defeat in Afghanistan in the 1980s.

No wonder that all Russians are treated with loathing and contempt in the world after this kind of footage. Even if those Russians are not guilty of anything. German Chancellor Olaf Scholz was even compelled to draw attention to this fact. “It is absolutely unacceptable when citizens with Russian roots are insulted or physically attacked,” he said.

The German chancellor believes that “this is Putin’s war”, and apparently, only Putin can be insulted and abused.

Thus, Putin’s exorbitant imperial ambitions have played a cruel joke not only on him, but also on the Russians. These three marauders have done a huge disservice to their president, as well as to all the Solovyovs, Norkins, Skabeyevas, and others. Then again, these so-called journalists are not the ones to be easily embarrassed. I wouldn’t be surprised if tomorrow they claimed that the video showed Ukrainian “Nazis” in disguise…