For Azerbaijan 2022 will be the ‘Year of Shusha’: What does it mean?

In his address to the Azerbaijani people on the occasion of 31 December 2021 – the day that is celebrated in Azerbaijan as the Solidarity Day of World Azerbaijanis along with the New Year, President Ilham Aliyev declared 2022 as the “Year of Shusha”. Shusha is a hill town located in the Karabakh region of Azerbaijan and holds a critical place in the history and culture of the country, writes Vasif Huseynov. 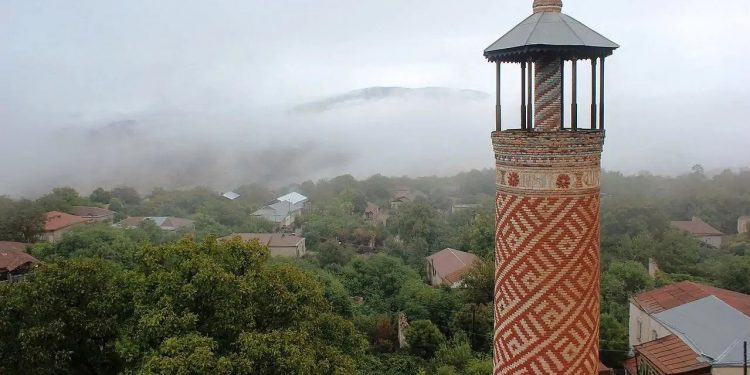 2022 marks the 270th anniversary of the foundation of this city which was laid down in 1752 at the instruction of Panah Ali Khan, then the governor of Karabakh, who wanted to build it as a fortress to stave off the attacks by his rivals. This particular area was chosen due to its geographic location at the 1300-1600 m. altitude surrounded by stiff cliffs which made it inaccessible for enemy attacks.

From the early years of its establishment until 1992, Shusha steadily prospered and evolved to become a cultural capital of the wider region. Often called the “Conservatory of the Caucasus”, the city gave birth to many famous artists, musicians and poets. For example, Uzeyir Hajibeyov, the founder of Azerbaijan’s composed classical music and opera, and the first composer of an opera in the Islamic world, was born and grew up in Shusha.

The city was the birthplace of Azerbaijan’s famous tenor Bulbul, a 19th century Azerbaijani poetess Khurshid Banu Natavan. Molla Panah Vagif, Azerbaijan’s 18th century poet who founded the realistic trend in Azerbaijani poetry was born and lived in Shusha for his entire life. The city’s contributions to Azerbaijan’s culture flourished in the 20th century with the birth of renowned conductor Niyazi and famous singers Seyid and Khan Shushinski.

The city has been one of the centers of the carpet-weaving industry in Azerbaijan and used to export the locally produced carpets to global markets in the second half of the nineteenth century. In 1867, Shusha’s carpet-weavers took part and won awards in an international show in Paris.

Throughout its history, the city was predominantly settled by Azerbaijanis and, in 1989, was home to 20,579 people whose 1,377 were ethnic Armenians. In the course of the full-scale war Armenia waged against Azerbaijan in the early 1990s, the city fell under former’s control on May 8, 1992. As a result of the occupation of Shusha, 480 civilians were killed, 600 wounded, 22,000 displaced. Nothing is known about the fate of 68 who were taken hostage by Armenians.

The occupation put an end to the rise of the Shusha city and made it subject to relentless cultural genocide, as Armenians, in an attempt to erase the imprints of Azerbaijanis, destroyed or misappropriated the cultural icons of the city. According to the official reports, 279 religious, historical and cultural monuments were destroyed in this period which lasted until the 44 Day Karabakh War (a.k.a. Second Karabakh War) of the late 2020.

Meanwhile, Armenia made little investments to rebuild the city, even though they insistingly claimed that Shusha was always part of the Armenian culture and history. As a prominent British expert Thomas de Wall concluded upon his visit to Shusha in early 2000s, Armenians treated the city as a war trophy to loot or a place where to pray rather than to invest and live.

After 28 years of illegal occupation, on November 8, 2020, in a move decisive for the Second Karabakh War, Armed Forces of Azerbaijan liberated Shusha from the Armenian control. This opened a new chapter in the history of the city as Azerbaijan launched an extensive reconstruction plan to rebuild the city along with all other newly liberated territories.

In May 2021, Azerbaijan’s President Ilham Aliyev signed an order declaring the city of Shusha as Azerbaijan’s cultural capital. This decision was made in order to restore the city’s historical appearance, to bring its former glory to it and to reunite it with the traditionally rich cultural life, as well as to promote it in the international arena as a pearl of centuries-old rich culture, architecture, and urban planning of Azerbaijan, according to the presidential order.

Celebrating the historical and cultural significance of the city for the entire Turkic world, the International Organization of Turkic Culture, TURKSOY, known as the UNESCO of the Turkic World, nominated Shusha as the “Cultural Capital of the Turkic World” in 2023.

Immediately after the liberation of the city of Shusha, Azerbaijan started the construction of a new, more than a hundred kilometers long, road to the city that was completed in less than a year. In Fuzuli, a newly liberated Karabakh town close to Shusha, an international airport was quickly built in order to facilitate the access to the region from abroad and as such to boost its tourism potential.

Azerbaijan allocated AZN 2.2bn (€1.1bn) for the reconstruction in the liberated territories in 2021. These funds were primarily earmarked for the restoration of infrastructure (electricity, gas, water, communications, roads, education, health, etc.), as well as cultural and historical monuments. The same amount of funds from the state budget was allocated for this purpose in 2022.

Azerbaijan is also trying to draw international funds to the reconstruction of the region which had been home to more than 700,000 Azerbaijanis before the occupation and its subsequent destruction. International assistance is critical to enable swift rehabilitation of these territories and establish necessary living conditions for the return of thousands of IDPs after up to 30 years of forced displacement.

Dr. Vasif Huseynov is a senior advisor at the Center of Analysis of International Relations (AIR Center) in Baku, Azerbaijan.