In the aftermath of liberation from Armenian occupation in 2020, the Karabakh and Eastern Zangezur economic regions have been at the center of Azerbaijan’s plans to develop its renewable energy potential in cooperation with international partners. 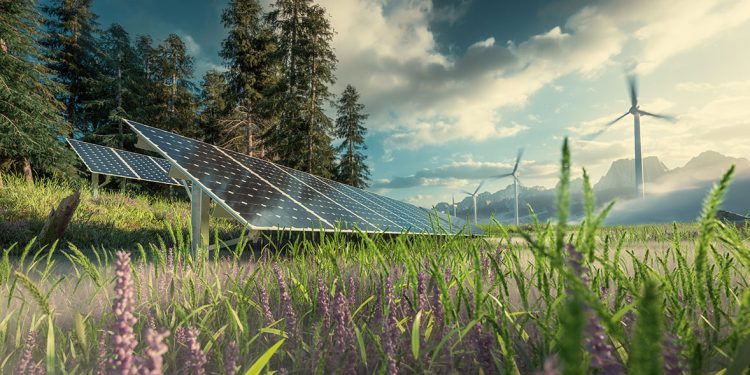 Most recently, on June 4, a special session of Baku Energy Week entitled “The path to zero emissions: Potential and opportunities of green energy in Karabakh region” was held in Shusha. During the event, Azerbaijan’s Energy Ministry and state oil company SOCAR signed partnership agreements with leading international companies on the joint development of the region’s renewable energy resources.

The Addendum to the Implementation Agreement signed between Energy Ministry and British Petroleum (BP) signaled the final investment stage of “Project Shafag”, a 240-megawatts capacity solar power plant in the Jabrayil district of the Eastern Zangezur region. According to the agreement, the energy produced in the plant will be sold to the public or private off-takers in other parts of the country.

With Masdar, a UAE government-owned renewable energy company, Energy Ministry signed an Implementation Agreement on the evaluation and development of 1 GW utility-scale onshore solar and wind energy projects, including in Karabakh and East Zangezur, and 2 GW offshore wind and green hydrogen facilities. The project aims to strengthen Azerbaijan’s electricity network and improve its capability to transmit certain parts of the energy to the general system. At the same time, parties consider the possibility of exporting electricity to neighboring countries. After the 225 million-dollar-investment in the Garadagh solar power plant with 230 megawatts capacity in 2021, Masdar’s participation in the development of Karabakh’s green energy potential is a significant development for Azerbaijan’s overall energy policy.

Saudi Arabia’s ACWA Power company has also long been interested in cooperation with Azerbaijan on decarbonization projects and hydrogen production. As an attendee of the special session of Baku Energy Week in Shusha, the company’s Chief Investment Officer Clive Turton said the Karabakh region has great potential in the field of solar and wind energy and ACWA Power is ready to share its expertise with Azerbaijani partners to develop these resources. In 2020, the company signed a 300 million USD investment agreement to develop the Khizi-Absheron wind power plant with 240 megawatts capacity. Earlier this year, Azerbaijan’s President Ilham Aliyev and Saudi Arabia’s Minister of Energy Prince Abdulaziz bin Salman al-Saud attended a groundbreaking ceremony for the Absheron and Khizi wind power plants which are expected to produce 1 billion kWh of electricity per year starting from the second part of 2023.

Growing foreign investment in Azerbaijan’s renewable energy sector in general and in the Karabakh and Eastern Zangezur regions, in particular, has serious implications for Azerbaijan’s position in the newly-emerging regional (dis)order. First and foremost, it shows Baku’s success in attracting foreign investment in the reconstruction of liberated territories that faced large-scale destruction and infrastructural damage during the Armenian occupation. After the Second Karabakh War, the Azerbaijani government allocated 2.5 billion USD in total for the restoration projects and invited friendly countries to actively participate in the process. So far, companies from Italy, Turkey, Israel, China, and different other partner countries have been contributing to the reconstruction works. Against this background, the increasing involvement of international energy companies such as BP and Masdar will further help decrease the financial burden on the government emanating from the destruction of war.

Secondly, the growing share of renewable energy in the energy mix of Azerbaijan will afford it the ability to decrease its dependence on fossil fuels and fulfill its commitments to reduce carbon emissions by 35 percent by 2030. The government aims to increase the share of renewables in electricity generation up to 30 percent by 2030. At the same time, a greater focus on renewable energy development will free a remarkable amount of natural gas to be sent to European markets. This issue gained salience, especially after Russia’s invasion of Ukraine and eventual EU sanctions on Russia’s oil and gas exports. There was a significant increase in the number of visits by EU officials to Baku in recent months where Brussels asked the Azerbaijani side to increase gas exports in the nearest possible future. On its side, the Azerbaijani leadership declared on many occasions that the gas made available thanks to growing renewable energy production will be diverted to traditional markets. On the one hand, possible expansion in Azerbaijani exports will contribute to the EU’s resilience vis-à-vis Russia’s energy pressures. On the other hand, it will help the EU to transit from fossil fuels to greener energy in the future. Both scenarios serve Azerbaijani interests to emerge as a reliable energy exporter against the background of revolutionary changes in the energy world.

Last and most importantly, large green investments by international companies in the Karabakh and Eastern Zangezur regions will not only bring economic dividends to the Azerbaijani economy recovering from pandemic and war but will also create a political environment predicated on peace and stability in the region. The way the conclusion of the Contract of Century in 1994 implied increased Western involvement in the promotion of peace in the Caspian basin, now, similar cooperation projects in Karabakh, albeit at a lower level, may bind the security interests of different actors to the stability of the region. After the decisive victory in the 44-day war, Azerbaijan is highly invested in the idea of a regional peace that would only bolster its pivotal position in the East-West connectivity projects and energy cooperation. Therefore, the recent agreements signed with BP, Masdar, or ACWA Power do not promise only a zero-emissions future for Karabakh but also a regional environment where geopolitical stars will align in Azerbaijan’s favor. 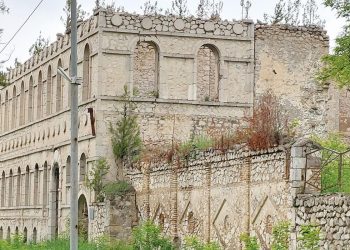