On June 3, the Georgian Ministries of Internal Affairs and Finance announced that all employees of the Border and Customs Department would begin operating each of the country’s physical border checkpoints continuously, in emergency mode, 24 hours a day, 7 days a week. 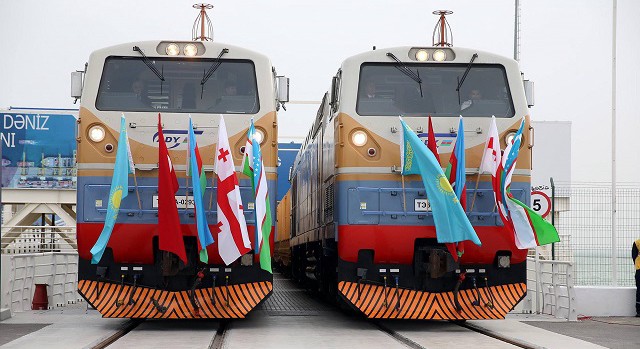 Trains carrying the flags of some nations shipping goods through Georgia (Source: Embassy of Georgia to the United States)

The stated reason for the special measures was the unprecedented growth of cargo traffic passing through Georgia. This spike first became noticeable at the end of last year, when tension between Russia and Ukraine were on the rise. And the transit volumes continued to steadily swell after the start of Russia’s large-scale military aggression on February 24.

At the checkpoints Red Bridge and Lagodekhi (Georgian-Azerbaijani border), Sadakhlo and Akhalkalaki (border with Armenia), Kazbegi (border with Russia), as well as Sarpi (Turkey), the situation was fast becoming unmanageable: thousands of heavy vehicles have accumulated on both sides of the border, with lines stretching for 20–30 kilometers in some sections. Drivers sleep in their trucks, and on some days the line moves no more than 40–50 meters in a 24-hour period. Truckers complain that they have traveled a long distance from Central Asia or as far as China but must now wait 30–40 days to cross into Georgia and continue their journey to Turkey and Europe (Bm.ge May 17).

The authorities have instituted a “green corridor” for trucks loaded with food so that these products do not deteriorate in the sun. But perishables only constitute a small part of the freight amassed on Georgia’s border crossings.

Most of this trans-Eurasian overland cargo used to be sent through the territory of Russia. The Russian route was considered the most profitable and convenient for transportation by road and rail, but it fell out of favor this year due to the risks associated with the Russo-Ukrainian war and Western sanctions (see EDM, April 19, 20).

Georgian checkpoints can only allow through 200–250 vehicles a day, while 700–800 new vehicles line up daily. But problems have arisen not only at the border: internal road networks also lack sufficient capacity to accommodate all these extra trucks coming in, completely paralyzing automobile traffic in the country. This is a particular problem along Georgia’s central Tbilisi–Poti–Batumi highway. The traffic police has been trying to compel international truckers to travel only at night. During the day, thousands of the cargo-laden vehicles stand parked on bypasses around big cities, with their drivers often left stranded without access to food.

Mzia Chokhonelidze, from Gerogia’s Ministry of Economy and Sustainable Development, noted in her June 6 interview with this author that the flow of goods via Georgian territory has grown in all directions. “I can say that it has doubled and even tripled, especially from east to west,” Chokonelidze contended. She further argued, “Everyone remembered that the South Caucasus corridor, through the territories of Azerbaijan and Georgia, is very convenient and safe. True, it is associated with the need to move goods to ferries in the Caspian Sea; but for modern transport companies, this is not a very big problem.”

Freight transportation across Georgia has grown not only by road but also by rail. The state-owned firm Georgian Railway, which until recently was teetering on the verge of bankruptcy, has again begun to earn large profits. For the first time in 10 years, from January to June 2022, it was not only able to balance its income and expenses but has even advanced to become one of the most successful companies in Georgia (Railway.ge, May 30)

The reason for this growth in trans-Georgian rail cargo mirrors the rise in truck traffic: under current geopolitical conditions in the region, shippers and exporters, including of oil from Central Asia and consumer goods from China, now prefer to utilize the so-called “Azerbaijani-Georgian bridge” over “dangerous transit” via Russian territory. This interest could help breathe new life into the oil terminals on the Black Sea coast of Georgia, Kulevi and Batumi, as well as the port of Poti. The latter has been working at 100 percent capacity for several weeks and still cannot fully cope with the huge amount of cargo passing through it.

The situation has reconfirmed how useful the deep-water Black Sea port of Anaklia could have been for Georgia and the broader region had it been completed. Its construction was stopped by the Georgian authorities back in 2020, apparently out of a fear of provoking Russia. Three years earlier, the government of Giorgi Kvirikashvili inexplicably excluded China from this project (see EDM, May 18, 2021).

Businessman Paata Chekurishvili, who is exploring options for implementing several new transport-sector projects in Georgia, pointed out in a June 6 interview with this author that the country is completely unprepared for the new challenges and opportunities that have materialized regionally in recent months. This “turned out to be a big problem not only for Georgia itself but also for many other states that depend on Georgian transport infrastructure,” Chekurishvili stipulated. He further posited that “the current situation is primarily the result of the failure of the Anaklia port project, precipitated by nepotism and corruption. However, the construction of a new expressway that can bypass the big cities is also being delayed, although international donors have allocated billions of dollars to develop Georgia’s transport infrastructure.”

Chekurishvili is convinced that in order to fully utilize the country’s geographic and geopolitical potential, new projects are needed. In particular, he proposed the creation of a transit corridor from the Iranian port of Bandar Abbas, via Armenia and Georgia, using Hyperloop technology to transport a huge number of containers from China, the Pacific Ocean and the Indian Ocean to Anaklia and southern Europe. “In this case, the Caucasus, including Georgia, will turn into an alternative to the Suez Canal for connecting vast eastern regions, including China, with Europe,” Chekurishvili said (Author’s interview, June 6).

Paata Chekurishvili and his group of engineers working on the Bandar Abbas–Anaklia project hope for the active participation of Armenia and the European Union. “This project will also contribute to the withdrawal of Armenia from the transport isolation in which it found itself,” Chekurishvili stressed (Author’s interview, June 6). The time, investment and commitment from large global players to make such a dream a reality, however, may exceed any previous infrastructure undertaking Georgia had attempted in the past. 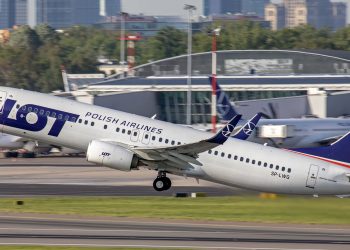