The country has enacted reforms to become more business friendly, bring in private investment and integrate its energy sector into European markets. 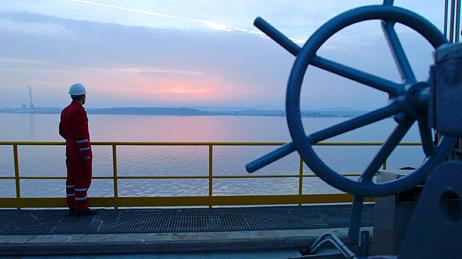 The nodding donkey pumps of Georgia’s Ninotsminda oil field dispersed among the farmland contrast with the solar panels powering the Kakheti winery. Local people protest against a Turkish-built hydroelectric dam in the country’s west even as new gas supplies flow to Turkey through the country. Georgia is a country at both political and energy crossroads.

Historically, this nation of 3.7 million people has balanced between three big neighbours under their varying imperial guises: Russia, Turkey and Iran. Iran plays less of a role these days, but the other two are influential in different ways.

Despite the toiling oil-field pumps, the country produces very little oil and gas. But it is a key conduit from the landlocked Caspian Sea to world markets. The Baku-Tbilisi-Ceyhan (BTC) pipeline, opened in 2005, remains the essential route for Azerbaijan’s oil. The Baku-Tbilisi-Erzurum gas line began supplying the Turkish market in 2007. These marked, perhaps, the culmination of a brief moment when the US could defy Russian wishes in its Caucasian backyard.

In June 2018, the Trans-Anatolian gas pipeline, also supplied from Azerbaijan via Georgia, started deliveries to Turkey, and flows commenced onwards to Greece and Italy from last November. This is the shrunken version of the “Fourth Corridor”, the EU’s plan to diversify from Russian gas imports by accessing the Caspian and Middle East.

Georgia’s own gas sector continues to be dominated by Azerbaijan’s state oil firm Socar and Russia’s giant Gazprom. Talks with Iran for supplies have stalled because of sanctions and the problem of creating a link through Armenia in the face of Moscow’s likely opposition. In February, offshore exploration rights were awarded to Austrian company OMV, which has enjoyed success in the western Black Sea off Romania and Bulgaria. Turkey’s big gas find in August may also buoy hopes, but a Georgian discovery is likely to be a long way off.

Like Ukraine, another key transit state, Georgia has suffered loss of control over parts of its territory to Russian-backed separatists: Abkhazia, running along the country’s northern Black Sea coast, and South Ossetia, projecting from the Russian frontier. The two countries fought a short war in 2008 that underlined American and European impotence, and the vulnerability of these export routes bypassing Russia.

In 2015, Russian troops stationed in South Ossetia took control of a short part of the Baku-Supsa pipeline, which was an early route for export of Azerbaijan’s crude via the Black Sea before the inauguration of BTC.

The 2020 war between Azerbaijan and Armenia over their disputed area of Nagorno-Karabakh did not involve Georgia directly. Despite its brevity, the conflict had important political implications: Turkey backed the winner, Azerbaijan, Russia took the chance to extend its influence and Baku gained land access to its exclave of Nakhchivan, which in turn borders Iran and Turkey.

It is unlikely that BTC or BTE will be replaced or face competition, but the outcome does strengthen the effective vetoes of Russia and Azerbaijan over further Iranian supplies. Baku recently reached agreement with Turkmenistan over the long-disputed, newly renamed Dostluq (“Friendship”) oil-field in the Caspian Sea. This might open the way for some of Turkmenistan’s vast gas resources to flow west, despite major remaining political and commercial hurdles.

But Georgia’s energy scene is not just a plaything for outside forces. Though a small country, it has had a dynamic programme of reform to become more business friendly, bring in private investment and integrate its energy sector with Europe’s. Its low-carbon electricity is based mostly on hydropower from its mountainous and rainy situation. Wind power is starting to take off, and solar is adopted for some public buildings and businesses, including Tbilisi airport.

Yet a slow build-up of new power generation has led to shortfalls and growing electricity imports from Turkey. The Enguri dam straddles the dividing line between Abkhazia and the rest of Georgia. Despite the dispute, it has continued to send power to both sides. The breakaway region, though, is now taking a larger share of the electricity, partly because of the rampant growth of cryptocurrency mining, accompanied by severe blackouts.

Even within the main part of Georgia, hydropower generation is lower in winter, as the currently low level of Lake Zhinvali testifies. Expanded hydropower faces uncertainty over a new structure for the electricity market, as well as local opposition.

Some of this may recall issues such as the construction of the Zhinvali dam in late Soviet times, which drowned a historic town. Now, protests centre on the Namakhvani hydroelectric plant near the second city of Kutaisi, which would be the largest new plant since independence. Being built by Enka, one of Turkey’s largest construction firms, objections include flooding of land, environmental damage and seismic risks.

The case of Georgia demonstrates some important lessons. It is hard for smaller states, especially those with powerful neighbours and incomplete control over their territory, to achieve true energy security, which is in turn just a subset of national security. This is particularly so for transit countries, a potential threat or tempting target to neighbours.

They can, though, greatly improve their position by diversifying suppliers and sources, balancing competing outside interests, and making their domestic scene competitive and friendly to a range of investors. Beyond its environmental benefits, renewable energy offers greater self-sufficiency and greatly broadens a country’s options. It is still not a panacea, itself requiring investment and sometimes facing community opposition.

The complex microcosm of Georgian energy will continue to evolve. Amid the pandemic and regional geopolitical shifts, Tbilisi’s tricky tightrope walk continues.

Robin M. Mills is CEO of Qamar Energy, and author of The Myth of the Oil Crisis