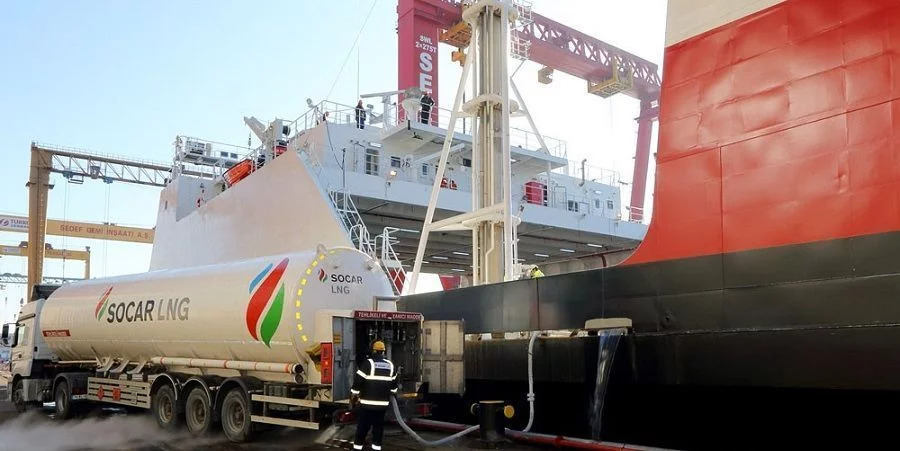 SOCAR Trading announced that its next LNG project will be in Sri Lanka at the port of Hambantota in partnership with Pearl Energy.

It plans to develop LNG capabilities at the Hambantota Port, where the LNG would then be transported by road to power producers.

In August 2020 Sri Lanka signed an agreement with Pearl Energy to set up a floating storage LNG trading facility Hambantota LNG Hub, aiming to trade LNG in the region using the strategic location of the Southern harbour.

The total investment of the project is $ 97.2 million and the LNG Hub will become a landmark infrastructure development for the region paving the way to broader access to natural gas as a primary fuel in South Asia.

Hambantota Port has the geographic advantage of being strategically located nearest to the world’s busiest shipping lane with the added benefit of a deepwater coastline.

This allows the port to be capable of handling the world’s largest container ships and supertankers making this port an ideal location for the transshipment of goods and natural resources moving across the subcontinent.

Hambantota is also integrated into the global development strategy of the Chinese government, the Belt and Road initiative, providing the opportunity for wider regional maritime connectivity.

In 2020, Azerbaijan´s SOCAR traded 4 million tonnes of LNG, and hopes to reach 10 million tonnes by 2025.
It also plans to join the fray with a new carbon division including trading and business development.