How Azerbaijan changed the energy map of the Caspian Sea

Since the collapse of the Soviet Union, crude oil and natural gas have been playing a key role in the geopolitics of the Caspian region. Hydrocarbon revenues became an important source of economic growth for the Caspian Basin countries such as Azerbaijan, Kazakhstan, and Turkmenistan. 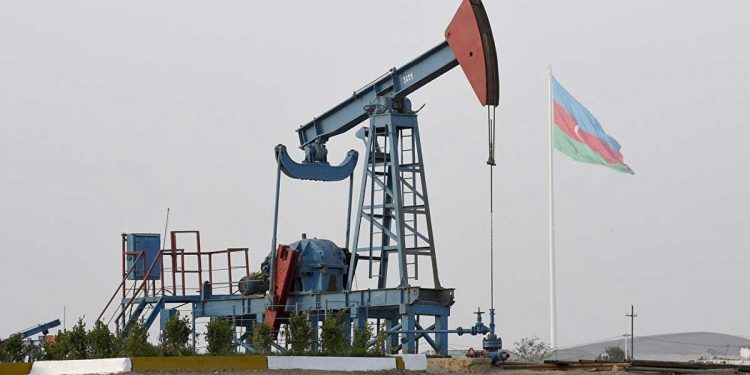 Such rich hydrocodone reserves allowed the Caspian states to contribute significantly to the global energy markets. Today, the Caspian states are supplying oil and natural gas to various energy markets, and they are interested in increasing export volume and diversification of export routes. In comparison with Turkmenistan and Kazakhstan, which supply energy sources mainly to China and Russia, Azerbaijan established a backbone to export energy sources to Europe and Transatlantic space. As the Caspian Sea is landlocked, and its hydrocarbon resources located at a great distance from the world’s major energy consumers, building up energy infrastructure was very important to export oil and gas.

To this end, Azerbaijan created the milestone for delivery of the first Caspian oil and natural gas by implementing mega energy projects such as Baku-Tbilisi-Ceyhan (BTC) oil pipeline and Southern Gas Corridor (SGC).Now, one can say that both energy projects resulted from successful energy policy implemented by Azerbaijan. Despite the COVID-19 recession, the supply of the Azerbaijani oil to the world energy markets continued. In general, the BTC pipeline carries mainly Azeri-Chirag-Gunashli (ACG) crude oil and Shah Deniz condensate from Azerbaijan. Also, other volumes of crude oil and condensate continue to be transported via BTC, including volumes from Turkmenistan, Russia and Kazakhstan. As it is clear, the BTC pipeline linked directly the Caspian oil resources to the Western energy markets. The BTC pipeline exported over 27.8 million tons of crude oil loaded on 278 tankers at Ceyhan terminal in 2020. The European and the Asian countries became the major buyers of the Azerbaijani oil, and Italy (26.2%) and China (14%) became two major oil importers from Azerbaijan.

The successful completion of the SGC also strengthened Azerbaijani position in the Caspian region. The first Caspian natural gas to the European energy markets has been already supplied via Trans Adriatic Pipeline (TAP) in December 2020, which is the European segment of the SGC. According to TAP AG consortium, a total of one billion cubic metres (bcm) of natural gas from Azerbaijan has now entered Europe via the Greek interconnection point of Kipoi, where TAP connects to the Trans Anatolian Pipeline (TANAP). The TAP project contributes significantly to diversification of supply sources and routes in Europe.

Another historical event that affected the Caspian region was the rapprochement between Turkmenistan and Azerbaijan. The MoU on joint exploration of “Dostluk/Friendship” (previously called Kapaz in Azerbaijani and Sardar in Turkmen) offshore field between Azerbaijan and Turkmenistan was an important event that will cause positive changes in the energy map of the Caspian Sea.

The Assembly of Turkmenistan and Azerbaijan Parliament have already approved the agreed Memorandumon joint exploration, development, and deployment of hydrocarbon resources at the “Dostluq” field. It should be noted that for the first time two Caspian states agreed to cooperate in the energy sector, which opens a window for the future Trans-Caspian Pipeline (TCP) from Turkmenistan to Azerbaijan. Such cooperation and the future transit of Turkmen oil and gas via the existing energy infrastructure of Azerbaijan will be a milestone for trans-regional cooperation.

The supply of the Caspian and Central Asian natural gas to European energy markets was always attractive. Therefore, the TCP is a strategic energy project for the US and EU. After the signing of the Caspian Convention, the EU officials resumed talks with Turkmenistan regarding the TCP. The May 2019 visit of the Turkmen delegation headed by the Advisor of the President of Turkmenistan on oil and gas issues was aimed at holding technical consultations between Turkmenistan and the EU. Turkmen delegation met with the representatives of the General Directorate on Energy of the European Commission and with the representatives of “British Petroleum,” “Shell” and “Total” companies. TCP is a project which supports diversification of gas sources and routes for the EU, and the gas pipeline to the EU from Turkmenistan and Azerbaijan via Georgia and Turkey, known as the combination of “Trans-Caspian Gas Pipeline” (TCP), “South-Caucasus Pipeline Future Expansion” (SCPFX) became the “Project of Common Interest” for the EU.

Conclusively, Azerbaijan is a key energy player in the region. Mega energy projects of the country play an important role to deliver Caspian oil and gas to global energy markets. However, the Second Karabakh War has revealed the importance of peace and security in the region. The BTC pipeline and the Southern Gas Corridor linking directly the Caspian energy to Western energy markets were under Armenian constant threat. As noted by Hikmat Hajiyev, the Foreign Policy Advisor to the President, “Armenia fired cluster rocket to BTC pipeline in Yevlak region”. Fortunately, during the Second Karabakh War, Azerbaijan protected its strategic infrastructure, and there was no energy disruption. But attacks on critical energy infrastructure revealed that instability in the region would cause damages to the interests of many states.

In the end, Azerbaijan changed the energy map of the Caspian Sea by completing mega energy projects, as well as creating the milestone for energy cooperation in the Caspian region. After Azerbaijan’s victory in the Second Karabakh War, the country supports full regional economic integration by opening all transport and communication links. Now, the importance of the Caspian region became much more important, and Azerbaijan supports the idea of the exportation of natural gas from Turkmenistan and the Mediterranean via SGC. Such cooperation will further increase the geostrategic importance of the SGC, as well as Azerbaijan’s role as a transit country.