The resolution of the Armenian-Azerbaijani conflict and the de-occupation of the territories of the Republic of Azerbaijan have changed the geopolitical alignment in the region, opening up new opportunities for the development of cooperation. 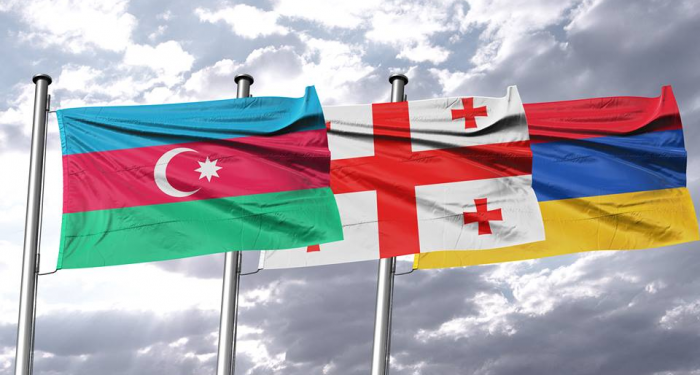 The trilateral statement of the leaders of Azerbaijan, the Russian Federation and Armenia signed on November 10, 2020 put an end to the 30-year occupation of Azerbaijan’s territories. It also stipulated the unblocking of regional communications.

The conflict was a source of instability in the region, often causing foreign investors to refuse capital investment. Today, however, we can predict an increase in the rate of economic growth, as well as an increase in investment activity. The shaping of a new format of cooperation in the region, or even the elimination of barriers to trade, the creation of joint ventures, the development of digital economy, transport and tourism, as well as the growth of humanitarian interaction, will suit the interests of all countries.

The new geopolitical situation in the region can be characterized by two factors: the liberation of Azerbaijan’s territories and the emerging economic opportunities. The latter mainly pertains to the opening of regional transport corridors.

Last December, Turkish President Recep Tayyip Erdoğan came up with an initiative to create a “Platform of Six”, the “Six” being Russia, Turkey, Azerbaijan, Georgia, Iran and, possibly, Armenia, if the government of the latter decides to recognize the new realities. According to the Turkish President, the project would be a good basis for establishing stability in the region.

Given the domestic political situation in Armenia, it was proposed to involve only five of the above countries in the project at first. At the same time, there are sticking points in the relations between some other countries of the region, too, so we are talking about a staged approach to the implementation of the project. For example, Azerbaijan interacts with neighboring countries in the Azerbaijan-Georgia-Turkey, Azerbaijan-Iran-Turkey, Iran-Azerbaijan-Russia formats. Such tripartite and quadripartite formats will make it possible to develop cooperation within the framework of this project.

The “Platform of Six” or the “3+3” format is in the interests of all countries of the region. Despite the fact that in December 2020, Deputy Foreign Minister of Georgia Lasha Darsalia made a statement that the Georgian side would not join the project under any conditions until the Russian Federation “fulfilled its international obligations”, different information came to light later.[1] Speaking at the first plenary session of the Georgian parliament elected in autumn 2020, Georgian President Salome Zurabishvili called for the creation of a new regional format, a “Caucasian Peace Platform”. The President stressed the importance of Georgia’s participation in regional projects, adding that Tbilisi must regain its role as a center of Caucasian identity and Caucasian studies.[2] Commenting on the possibility of Georgia joining the “3+3” project in October 2021, Georgian Foreign Minister David Zalkaliani said that the country should take be involved in regional cooperation projects at least in some form.[3] Georgia stands to gain tangibly from this political balancing between the south and the west, which will be more beneficial than an unequivocal rejection of all proposals. Besides, the growing interest of many countries in the operation of the Baku-Tbilisi-Kars railway for the transportation of goods along the Japan-Russia-Azerbaijan-Georgia-Turkey-Europe route may become a signal for deciding in favor of expanded regional cooperation on Georgia’s part.

For Armenia, the project may become a chance to break out of the years-long economic blockade and start cooperating with the neighbors. Before it happens, however, Armenia must recognize the territorial integrity of Azerbaijan. At the moment, both Armenia itself and the Armenian diaspora still harbor revanchist sentiments that have a destructive effect on the peace-building process in the region. Every step the government takes towards cooperation with Turkey or Azerbaijan is perceived by the revanchists with particular aggression. This adversely affects the country’s economy first and foremost. Consequently, joining regional projects and establishing peace in the region meets the interests of Armenia, 83% of whose borders are closed.[4] Thus, Yerevan is facing a dilemma: national development or an attempt at military revenge and the resulting blockade for many more years.

Meanwhile, Azerbaijan is developing cooperation with many countries in the region. Trade with Russia is growing. President Ilham Aliyev pointed out in an interview with the Russian National Defense magazine that “relations between the countries are based on friendship, good neighborliness, mutual support and mutual interests.”[5] The head of state also said that relations between Baku and Moscow had reached a new level.[6] As for Azerbaijan-Turkey relations, on December 10, 2020, the heads of state signed a protocol allowing citizens of the two states to make mutual trips using internal passports. Still, Baku and Ankara are interested in the implementation of more global projects.

Joining a new regional alliance on equal terms with other countries, the opportunity to obtain new investments and access to Asian markets is in Tehran’s interests as well. The Islamic Republic of Iran already had experience of cooperation within the framework of such trilateral formats as Azerbaijan-Russia-Iran and Turkey-Russia-Iran.

The “Platform of Six” implies stable and secure growth, so regional cooperation is becoming a necessity. In the context of the new geopolitical reality in the South Caucasus, the “3+3” project could help to strengthen the entire region. Turkey and Azerbaijan are willing to unblock communications to create a clear and sustainable system of cooperation. For all countries in the region, the project will be a step towards a wider economic market. However, participation in the project requires certain effort and real interest of all countries involved.

[1] Georgia’s participation in the “Platform of Six” is not possible because of the Russian Federation, says Georgian Deputy Foreign Minister, 12.12.2020

[5] Ilham Aliyev: relations between Russia and Azerbaijan are based on friendship and mutual support, 24.09.2021

Translated from Center of Analysis of International Relations (AIR Center)