The Azerbaijani president said on Sunday a part of the Zangezur corridor that will connect his country with Turkey should pass through Armenia. 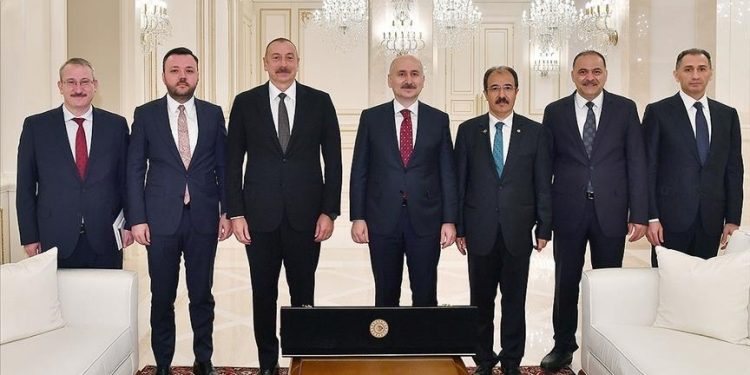 Speaking to Turkey’s Transport and Infrastructure Minister Adil Karaismailoglu in Baku, Ilham Aliyev said the opening of the corridor will further strengthen relations between Turkic nations.

He said the significance of transportation has risen after the recent Karabakh war – 44-day-long clashes between Baku and Yerevan last year which ended in a Russia-brokered cease-fire in November. “Here is an important part of the East-West corridor … the volume of cargo passing through this route has increased over the years.”

Aliyev said Armenia first objected to the corridor but later gave up realizing its importance.

The formation of the corridor, expected to be operational in 2.5 years, was negotiated by the deputy prime ministers of Russia, Azerbaijan, and Armenia in a trilateral working group, he added.