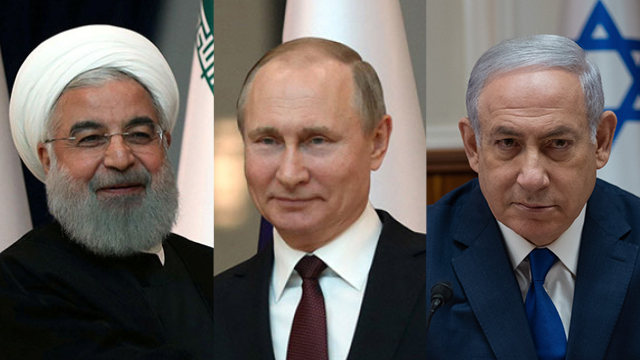 Twitter and Facebook recently took down networks of Iranian, Armenian and Russian accounts attempting to promote pro-regime messages and stoke divisions inside of other countries. The Russian and Iranian actions are hardly surprising, given those countries’ well-known efforts to target the United States, including Russian’s goal of undermining elections in 2016 and 2020. But Armenia’s behavior—and the impact of its alliances with Russia and Iran—often fly under the radar.

Facebook said that the Iranian networks appear to have targeted audiences in Iraq, Afghanistan, Israel and the United Kingdom, such as promoting Scottish independence, and criticizing Israeli Prime Minister Benjamin Netanyahu, as well as U.S. influence in Iraq and Afghanistan. Russian networks have focused on targeting anti-corruption activist Alexei Navalny, the United States and the European Union. According to Twitter, 35 fake accounts with ties to the Armenian government “purported to represent government and political figures in Azerbaijan, as well as news entities claiming to operate in Azerbaijan.”

This social-media activity underscores the shared tactics employed by Iran, Russia and Armenia. It is no coincidence that Armenia is mimicking the behavior of other malign actors, such as Iran and Russia, given the three nations’ close political and economic ties. It is a pattern that extends beyond the cybersphere, and also beyond the Russian and Iranian support for Armenia during its war last fall with Azerbaijan.

Although much international attention focuses on the threat of Iran’s nuclear program—and rightfully so—Armenia also possesses a nuclear reactor that could pose a significant danger not only to its own citizens of Armenia, but to its wider region in Eurasia.

Located about 20 miles south of its capital of Yerevan, the Metsamor nuclear power plant was built by the Soviet Union in the 1970s. The aging facility lacks a containment vessel and sits in an earthquake-prone region. National Geographic has called the plant the “world’s most dangerous” of its kind. In fact, it was closed in the late 1980s following a nearby devastating earthquake, but was brought back online in the 1990s after energy shortages as a result of Armenia’s conflict with Azerbaijan.

Despite the dangers posed by the plant, Russia recently announced a deal with Armenia to help extend the life of the facility for another decade, past the 2026 date that it is scheduled to be decommissioned.

The Metsamor issue highlights the interconnected nature of Russian-Iranian-Armenian influence in Eurasia. What is most troubling for U.S. policymakers is Russia’s willingness to support the nuclear programs in both Iran and Armenia, despite clear safety hazards and security threats.

At the same time, against the backdrop of Russian and Iranian support for Armenia, ties between Israel and Azerbaijan continued to grow, despite ongoing Armenian efforts to pressure the Jewish state into ending arms sales to its Muslim-majority ally. Israeli doctors flew to Azerbaijan in March to operate on 150 Azerbaijani soldiers who needed surgery to restore their eyesight. Further, Israel has offered to help rebuild Nagorno-Karabakh territory, the Armenian-occupied territory where Azerbaijan regained control following last fall’s war.

“We highly appreciate the humanitarian assistance [provided] by Israel to the victims of the barbaric missile attacks by Armenia on the city of Ganja, located far from the war zone, which claimed the lives of 33 Azerbaijani civilians,” said Bayramov. “Israelis of Azerbaijani descent organized rallies to demonstrate their protest against aggression by Armenia and to express solidarity with Azerbaijan. The skillful use by the Armed Forces of Azerbaijan of high technology and high-precision weapons, including those produced in Israel, in particular drones, played an important role in achieving military victory.”

Moving forward, it is incumbent upon the Biden administration to internalize how the strategic alignment between the United States, Israel and Azerbaijan can serve as a counterweight to the influence of Iran, Russia and Armenia—the Eurasian triumvirate that subverts American interests.