Wheat is one war-caused problem, but Azerbaijan has plentiful oil deposits and Israel already gets 40% of its oil from that ally. 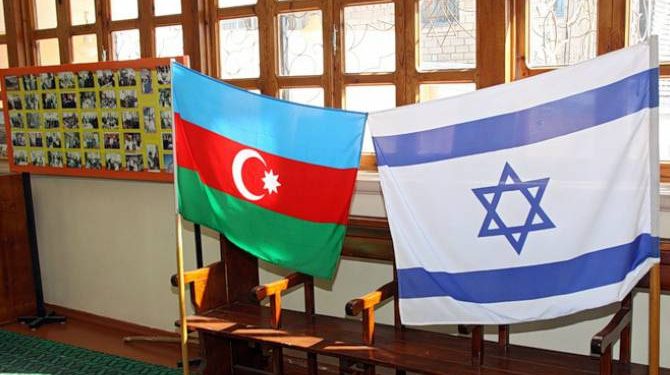 Since the eruption of the war in Ukraine, Israel, which traditionally has imported grains from Russia and the Ukraine, has been feeling an acute shortage. According to the United Nations, Ukraine was the world’s sixth largest exporter of grain in 2021, owning 10 percent of the world’s market in that arena.

Recent media reports cite Israeli officials as claiming that there soon won’t be any wheat left in Israel’s emergency storage facilities and that a solution must be found as soon as possible for this.

It has recently been reported that Israel’s Finance Minister Avigdor Liberman is going to Azerbaijan in order to try and fix this. Ayoob Kara, who served as Israel’s Communication, Satellite and Cyber Minister under Netanyahu, stated in response: “Azerbaijan can be a solution. They are a partner of Israel and a very important state for Israel, so anything that they can give is a solution and it could be great. They have to start an examination. They have the lands and the systems, so I think that we can be successful together.”

Former Israel Consul General to Istanbul Eli Shaked concurred: “Azerbaijan was and is an important factor in the area including for Israel as well, whether strategic, energy wise or even militarily. The relations between Israel and Azerbaijan can contribute a lot for Israel and Azerbaijan including some neighboring countries as far as energy and economic problems are concerned in this part of the world. It is good to have good, steady and stable relations with a country like Azerbaijan.”

However, at the same time, Azerbaijan has temporarily limited the export of grain products until December 31, 2022 in order to “regulate the export from the country a number of basic food products that are part of the minimum consumer basket and goods used in their production.”

Azerbaijan has also been feeling the crunch when it comes to the strains on the global supply of grain. Israel is not alone in this situation.

Last January, Azerbaijan imported $32,475 million US worth of wheat from abroad, with 50.1% coming from Kazakhstan and 49.9% coming from Russia. It should be added that Russia’s share on the Azerbaijani wheat market decreased by 37.1%, while Kazakhstan’s share increased by 37%. Thus, the war in Ukraine has caused Azerbaijan to be more cautious about their wheat supply, even if the country purchasing the wheat is a close friend of theirs.

Yet, Azerbaijan can be a viable solution to the oil crisis that the world is experiencing in the wake of the Ukraine crisis, as Azerbaijan is blessed with a large domestic supply of that commodity. Presently, Azerbaijan supplies 40% of Israel’s oil supply and if Liberman secures an additional deal, more oil will be pumped from Azerbaijan to the Caspian Sea and then on to the Mediterranean Sea, connecting Israel to Azerbaijan, Georgia and Turkey.

Prominent Azerbaijani journalist Anastasia Lavrina added: “For 30 years, Azerbaijan and Israel have been able to verify the reliability and stability of bilateral relations, laying a solid foundation for the development of multifaceted mutually beneficial cooperation. Now the sides are working on expanding bilateral relations. The increased frequency of mutual visits indicates an interest in developing relations in all spheres. The economy and energy are of particular interest and therefore the visit of Israeli Foreign Minister Avigdor Liberman to Azerbaijan indicates that the two countries intend to work on expanding trade and economic ties as well as cooperation in the energy sector.”

According to her, “More and more countries are expressing interest in developing energy cooperation with Azerbaijan. Recently, the European Union has been acting as a platform for direct meetings between the leaders of Azerbaijan and Armenia, realizing how important long-term peace and stability is in the South Caucuses region. The increased interest of the EU in post-conflict regional development can also be described from the side of high interest in developing its energy policy by diversifying supplies.:

“The Southern Gas Corridor has every prospect oof being expanded and adding new participants. At the same time, while developing energy cooperation with the European Union, Azerbaijan is also developing a partnership with Israel. According to the information being spread by some media sources, Israel is interested in purchasing Azerbaijani oil in large quantities. All of this once again points to the growing geopolitical and geostrategic role of Azerbaijan in the global arena.”