In this recent panel on landmines in Karabakh, U.S. defense expert Benjamin Minick noted that the landmines issue was an express violation of human rights. He also said that the manner in which they were planted was intentional. “They wanted to inflict maximum damage.” 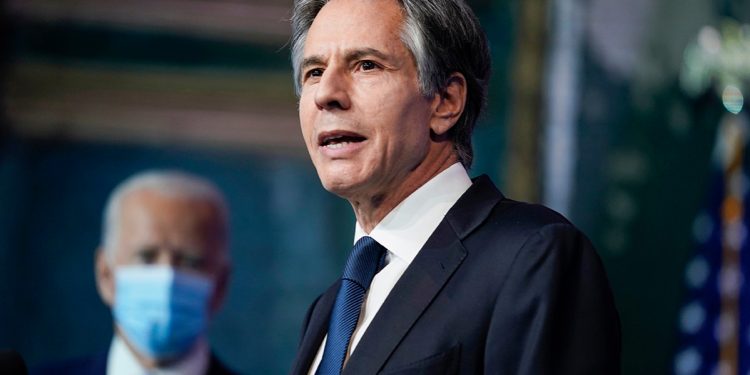 On March 26, Secretary of State Anthony Blinken issued this statement with regards to Azerbaijan:

A consensus of speakers at the International conference “Landmine free Azerbaijan” noted that the main obstacle to the human rights and rehabilitation of Karabakh was the landmines in the region. With the pressures landmines present on the development of international trade and rehabilitation, why has the United States not commented on its commitment to landmine removal as part of its commitment to Azerbaijan’s human rights?

“The United States is committed to a world in which human rights are respected, their defenders are celebrated, and those who commit human rights abuses are held accountable. We encourage all steps toward systemic reforms in Azerbaijan, especially those regarding the protection of human rights and fundamental freedoms – areas that will benefit the Azerbaijani people and create opportunities to deepen our cooperation.”

The U.S. has spoken frequently regarding efforts to increase cooperation between itself and Azerbaijan. This is a statement that has been repeated in a recent call between the United States and Azerbaijan reported on April 28.

Yet, there has been no official statement made by the U.S. State Department official website regarding the continued issues of landmine removal, or of the reluctance of Armenia to produce adequate maps for the landmines planted in the Karabakh region. There was no expression of dismay that the human rights of Azerbaijanis had been jeopardized by the lack of maps. This is a well-documented issue, brought to the public attention by Caspian News on April 7, nearly a month before the State Secretary’s call with Azerbaijan. No express commitment to aiding the effort of the demining process was mentioned in the State Department’s address of the call made with Azerbaijani President Aliyev.