An American church has a glaring double standard when it comes to settlements in the West Bank and Nagorno-Karabakh. 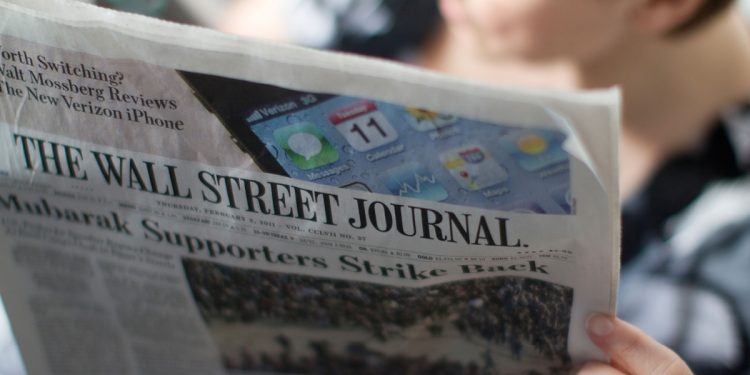 The Presbyterian Church of the United States of America, whose annual General Assembly begins this weekend, has long been pugnaciously anti-Israel. It routinely passes resolutions accusing the Jewish state of “settler colonialism,” “apartheid,” and “illegal occupation.” Yet the PCUSA has a long-established program dedicated to supporting settlements in occupied territory—and funds a variety of pro-settler charities.

The PCUSA’s approach to the Israel-Arab conflict lies at the crossroads of liberation theology and replacement theology, the ancient doctrine, frequently invoked by anti-Semites, that God’s covenant with the Jews has been annulled in favor of others. Since 2014 the church has pursued a boycott of Israeli businesses. It also calls the Jewish state’s presence in biblical areas a “violation of international law” and “sin against God.”

But in Nagorno-Karabakh, an area once part of Soviet Azerbaijan, settlements apparently aren’t a problem for the PCUSA. The area had a mixed Armenian-Azeri population until 1994, when Armenia occupied the region after a protracted war. Many Armenians regard Karabakh as part of their historic homeland, but the United Nations and the U.S. consider it occupied Azeri territory.

The Azeri population fled during the war and hasn’t been allowed to return. At the same time, the Armenian leadership in Yerevan has encouraged the movement of settlers into the occupied territory.

The PCUSA is the primary sponsor of the Jinishian Memorial Foundation, an Armenian charity that leads projects to support “Artsakh,” the traditional Armenian name for Karabakh. In some brochures, the Presbyterian group describes it as the “Republic of Nagorno-Karabakh,” the name of the self-proclaimed Armenian puppet state that enjoys no international recognition. It funds a variety of economic and welfare projects in Armenian settlements. The foundation advertises tours for donors interested in “exploring and enjoying Armenia and Artsakh.” Many of the projects are not unlike those supported by Jewish charities in the West Bank. Those charities’ tax-deductible status has long been a particular target of progressives, who certainly won’t extend their efforts to the PCUSA.

The hypocrisy is individual as well as institutional. The head of the PCUSA’s “Israel/Palestine Mission Network”—its permanent office of Israeli delegitimization—is herself a vocal supporter of the Armenian occupation.

The PCUSA also offers political support for the settlements. In September 2020, another round of war broke out between Azerbaijan and Armenia, with Baku ultimately recapturing parts of Karabakh. Ignoring the “occupied” status of the territory, the PCUSA came out fully behind Armenia. Jinishian launched a campaign to help the breakaway region, in partnership with Armenian settler organizations, under the slogan “We Are Our Borders; All for Artsakh.”

The PCUSA is fully within its rights to support Armenian settlements. Nothing in international law requires boycotts or sanctions against such communities. It is understandable if, as Christians, the PCUSA’s members are touched by the plight of one the most ancient churches in Christendom. It shouldn’t be a crime for members of a particular ethnic group to live in part of its historic homeland, and surely the PCUSA would be scandalized if third parties boycotted Armenians for returning to Karabakh.

Yet that is exactly what the PCUSA urges when it comes to the Jewish state. It has made Armenian nationalism a funding priority while treating Zionism as a horrible crime. The PCUSA is far from alone. As I have written in these pages, vocal critics of Jewish settlements in the Holy Land on the far left, such as Rep. Rashida Tlaib and senior officials at Human Rights Watch and CodePink, have been active supporters of Armenian settlements.

The PCUSA says anti-Semitism doesn’t drive its obsession with the Jewish state. Instead, it acts under pretense of upholding international law, which it claims Israel violates by allowing Jews to live in parts of the West Bank. Doubtless the PCUSA’s role in supporting settlers in occupied territory will not lead it to disavow its Karabakh projects. Nor will it drive a wedge between the denomination and the many other progressive “anti-occupation” groups with which it makes common cause. This highlights how “settlements” and “illegal occupation” are not general terms of international applicability. Rather, they are part of special vocabulary, a kind of neutral euphemism, designed to discuss only one particular people.

The church sees itself as progressive, but its views on Israel are a throwback to something very old.

Eugene Kontorovich is director of the Center for the Middle East and International Law at George Mason University Scalia Law School and a scholar at the Kohelet Policy Forum, a Jerusalem think tank.